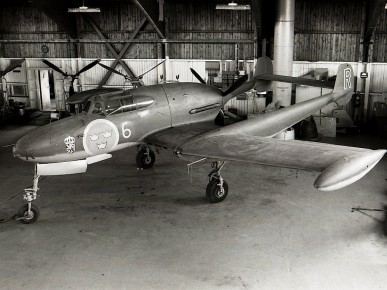 “While a tractor aeroplane is hungry for a future it can never reach to consume, the pusher is forever pushing the present into the past to escape the horror of the now”

Legendary German film maker Werner Herzog took time out of his busy schedule to choose his favourite ‘pusher’ aircraft and to ponder on what went wrong enough in your life to lead you to spend time on aviation blogs.

“Guten tag. Ich bin Werner. The ‘pusher’ aircrafts below demonstrate, better than any art or literature, all that is futile and Fremdschämen in the human experience and I will explain them to you so that you will know. The photograph of an aeroplane is the cruelest thing: as we look at this symbol of free flight we are head down und locked in our cyclic unthinking.”

“Look at the happy man in his little biplane. He is Dutch. He does not comprehend the limitless pain and suffering that lies at the heart of the universe. His biplane will soon show it to him though, look:
And what does he get for his trouble?
Nothing but bruises and the condescending pity of the citizens of Gravesend.”
8. Seabird Seeker 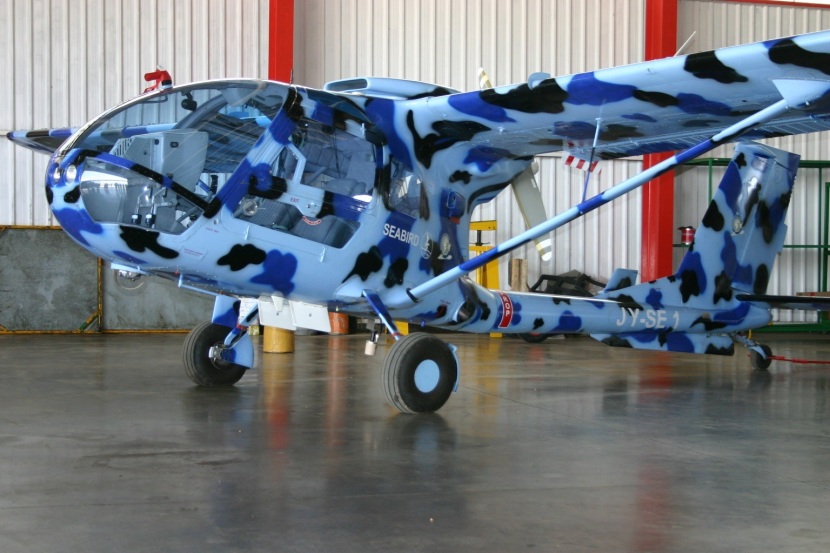 “This pitiful creature is a part of the air force of Jordan. The Jordanians use it for ‘reconnaissance’, for looking at the ground. They fly their bulbous craft over the endless sandy wastes at the border of their country, looking for incursions by Israelis. The Jordans have camouflaged their aeroplane as a gangster rapper, foolishly believing that nothing else strikes greater terror into the Israeli heart. They are deluded of course, but is their obsession with visually representing the power of ‘urban’ musical expression on their little pusher monoplane any more delusional than the desire of the USAF or the Luftwaffe to visually represent the power of the sky itself on their fighter jets? This is a big question but we must not be afraid of the enormity of our interrogations when looking at the world of pusher aircrafts.”
Click here if you’ve lost interest in me and would turn your back on my words to read about the ten best-looking Canadian aeroplanes.
7. Fane F.1/40

“‘What have you done today Fane my friend?’
‘I have designed for you an unpleasant aircraft to fly in your mac and with your trilby on your head’
Where is the man in the trilby and the mac going? Where did he come from? Ultimately he is hurtling only towards death, where he came from we are not told though this ‘Fane’ tried to make the journey more agreeable for him for reasons that are not clear. As we try to alter our surroundings to make our lives and the lives of those we love more comfortable we succeed only in divorcing ourselves from the greater truths and mysteries of the vast uncaring universe. That Fane used many of the windows from the house in which the man liked to live with his mac and his trilby in the construction of his unpleasant machine made for a difficult situation between them when it was discovered by the man when he returned home in his trilby and his mac.”
6. Saab J 21 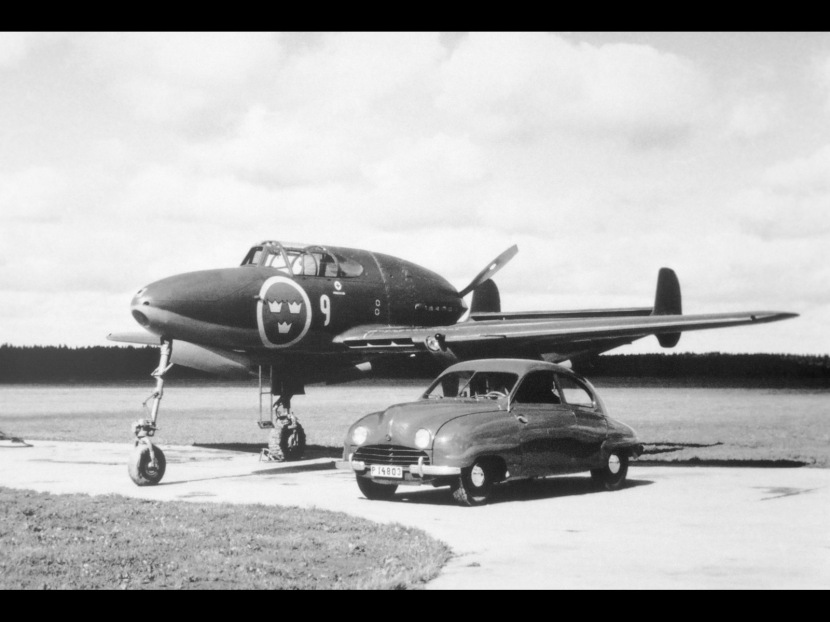 “I know a little about these in the wild, Saab J 21s, both parents incubate the egg in stints that last between one day and three weeks. Incubation lasts around 150 to 175 days, the longest incubation period of any aircraft. It can be an energetically demanding process, with the adult losing as much as 83 kg of body weight a day. After hatching, the chick is brooded and guarded for three weeks until it is large enough to defend and thermoregulate itself. During this period the parents feed the chick small meals when they relieve each other from duty. After the brooding period is over, the chick is fed in regular intervals by both parents. The parents adopt alternative patterns of short and long foraging trips, providing meals that weigh sometimes 12% of their body weight. The meals are composed of squid, fish and krill I think.”
5. Piaggio Avanti

“I am gripped by Weltschmerz when I see it, why cannot all aircrafts be so beautiful?”
4. Beechcraft Starship 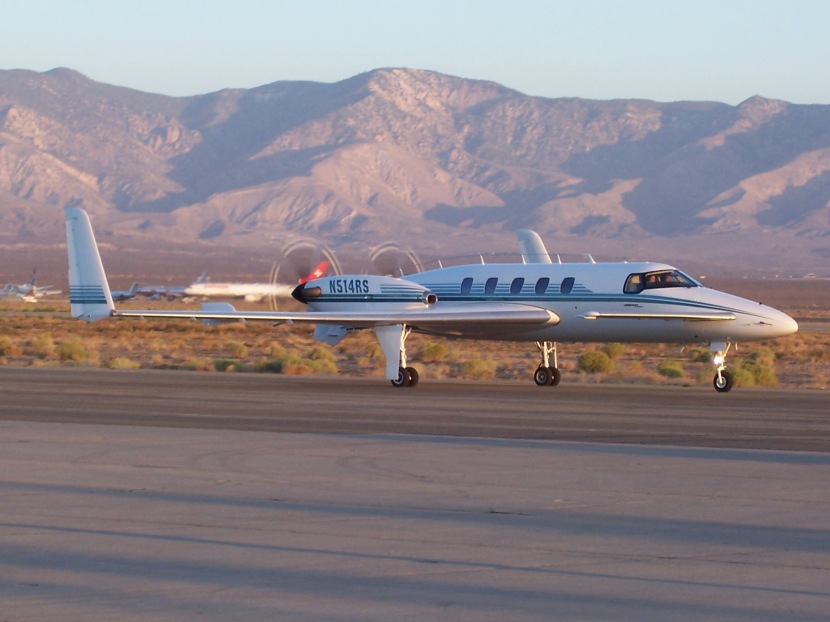 “I met the actor Tom Cruise once. He was descending the airstairs of the Beechcraft Starship in which he had been flown into Pisa airport in 1997. A ‘Ship’ for a ‘Star’: a Starship. “Hey Walter!” he yelled at me “Hey, I want to be in one of your clever films! Can you put me in one please Walt?” or something like this. ‘Das ist Walter’? Was this a reference to Zabranjeno Pušenje? More likely my mystic American was recalling the source itself, Hajrudin Krvavac.
I was not unaware of his fame and I confess that the idea of his presence in one of my films was attractive if only for the attention that would naturally follow if he performed for me. I approached him. When I was at a distance of five metres, maybe four and a half metres, I don’t know, I became suddenly aware of this overbearing smell, a filthy smell, like, like an abattoir or a sewage treatment plant or something of this kind, something awful and terrible and it was all I could do to prevent myself from retching.
Click here if you’ve lost interest in me and would turn your back on my words to read my article on the frustrated sexuality of the Eurofighter promotional film.
I then noticed that Tom Cruise’s head and body was covered in a disgusting mixture of vomit and human shit and bits of rotting, raw meat, it was as I imagine a demon from the depths of some hideous ring of hell such as Danté might devise if he were in a particularly bad head place. I became aware that Tom Cruise was speaking but of course, well I am not, I don’t know… Superman, all I could do was prevent myself from being absolutely sick right onto Tom Cruise, though I don’t suppose this would actually have made a difference to the infernal mess all over his expensive suit. Anyway, I have no idea what he said through this time as I stood there, trying not to be sick on the world’s most famous actor who was already covered in sick and worse than this. It seemed an eternity to me but I estimate now that maybe a minute and twenty seconds had gone past and Tom Cruise was looking a little strangely at me, I muttered some confused platitude about how it was wonderful that he thought of me and that we must try and meet again when it was more… convenient for him. The next thing I remember is running, sprinting like Jesse Owens, away from the hideous stench surrounding Tom Cruise and then vomiting and vomiting and vomiting for what felt like hours. I have no idea what happened. I am assured by other individuals who were present that Tom Cruise was not, in fact, covered in any substance apart from his own skin and clothes. All I can guess is that at that moment the metaphorical become the physical for me personally at this time and revealed itself on the person of Tom Cruise but what this horrific vision could truly represent I do not know. And this is my memory of the Beechcraft Starship.”
3. Brditschka HB-3 (family) 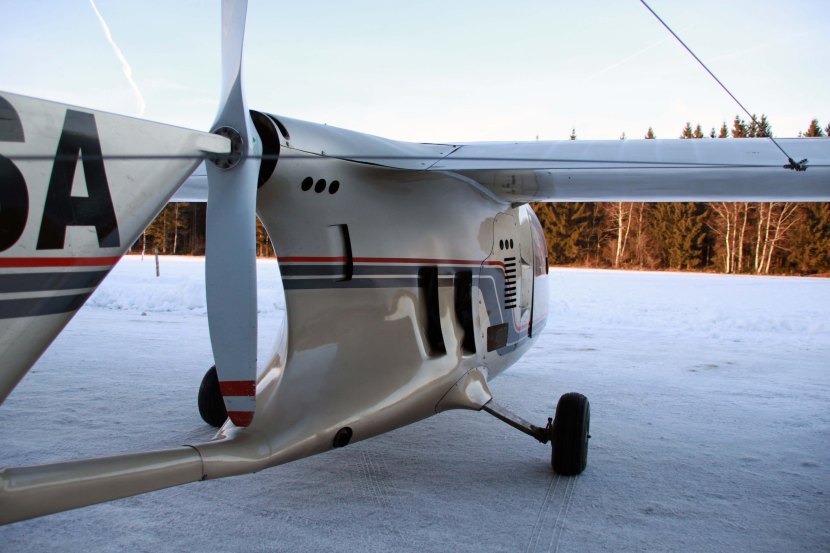 “The Austrians are a strange and lovely people although they never smile nor laugh. They have a mountain-filled countryside so pleasing to the eyes and the soul that they have developed a small aeroplane just to look at it. They believe that each sense should be as little distracted by the others as possible to fully maximise the experience of the sense they are trying to specifically enjoy at any given time. Thus the Brditschk’s motor may be stopped from operating and the pusher motor-aeroplane becomes a gliding aeroplane, as near silent as any air vehicle can be, that they may truly experience the beauty of their homeland from the aerial viewpoint to the maximal extent. The Austrians worship the god Ba’al and drink only rainwater. They do not tolerate mess.”
2. Kyushu J7W Shinden

“An aircraft points its nose at the sky, it cannot help it, it must fly. The Shinden was gripped by Torschlusspanik- running madly fast as it knew the world it was made for would soon be over, and it would not have time to prove itself. It is not a choice nor a commonplace whim, it is an absolute requirement and if it is not fulfilled it is a tragedy. It is beautiful in its unequivocality. Like an untouched ink-filled fountain pen of great quality or an incandescent lightbulb. It did fly but only thrice. The pain of the pseudo-memory of the countless other soaring adventures it would never have in the clouds sometimes makes me physically weep but only when I am alone and usually when I am in the bath for some reason.”
1. Vultee XP-54 ‘Swoose Goose’

“In 1940, we are told, the US army air force submitted a request for designs for a new kind of ‘pursuit airplane’ in which one of the main specifications was that ‘the pursuit ship should resemble a phallus or possess a phallic aesthetic of some kind’. It is not known if this line was included as some kind of inexplicable joke or if it was a genuine request. Perhaps the generals simply believed that the sexual masculinity of the pursuit machine would cause their enemies to run in fear and confusion. Or that they would be embarrassed from the heavens by this physical manifestation of cheap erotical power; these men after all thought that painting an angry face on their aeroplanes literally made them scarier, like a totem or a terrifying icon. Or perhaps they realised that sex and death are inherently linked and were simply reflecting the eroticism at the heart of the collective murder and pain and death of modern warfare. Ultimately the obscure failure of the phallus-aircraft became a metaphor for the impotence of the Generals and by association mankind as a whole.  It is surely not an accident that the phallus-aircraft was designed and built by a company whose name (‘Vultee’) means ‘vulva’ in the language of the Sami people of the northern snowlands.”
Werner Herzog was channelled by Edward Ward and to a far lesser extent, Joe Coles
I’m sure Ed will provide a link tomorrow to better explain his existence to you.

You should also enjoy some more of our articles: There’s a whole feast of features, including the top WVR and BVR fighters of today, an interview with a Super Hornet pilot and a Pacifist’s Guide to Warplanes. Was the Spitfire overrated? Want something more bizarre? The Top Ten fictional aircraft is a fascinating read, as is The Strange Story and The Planet Satellite. The Fashion Versus Aircraft Camo is also a real cracker, as is Superb aircraft that the US stymied. Oh, and there’s also Flying and Fighting in the Lightning: a pilot’s guide.