Jim Smith had significant technical roles in the development of the UK’s leading military aviation programmes. From ASRAAM and Nimrod, to the JSF and Eurofighter Typhoon. We asked his opinion on what we can learn from the Northrop N-102 Fang design of the 1950s.

“This is a fascinating little design. From the drawings and other information provided, the intent was to develop a Mach 2 capable ‘high-altitude’ day fighter, with armament featuring guns and unguided rockets. A single engine was to be used, and either the J79 or Sapphire is mentioned.

The Fang has a very compact fuselage design, and, in most of the illustrations provided, a rather small and close-coupled butterfly tail. The engine is underslung in a pod, and overall the aircraft appears small and relatively simple in design and construction.

So at first glance, what might one expect from this little aircraft ? Well, turning performance should be much better than the Starfighter, and the relatively thin delta wing, coupled with high power to weight ratio and reasonable wing area should provide pretty good acceleration and climb performance. 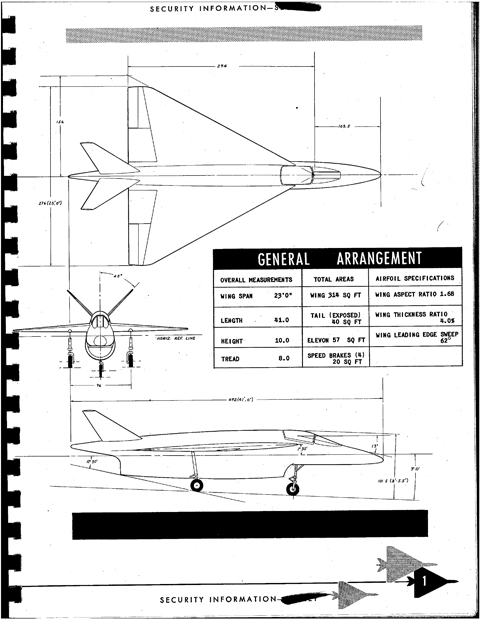 From a weapons system perspective, the combination of guns and unguided rockets as the armament choice does reflect the description of a ‘day fighter’. Although radar is mentioned, the space available appears quite small, and while this might aid an intercept, the emphasis appears to be strongly on WVR air combat. That might represent a bit of a missed opportunity compared to some of the rival aircraft. As drawn, the packaging of the front of the aircraft does look very tight, probably to minimise weight and frontal area.

From a configuration perspective, the biggest concern is probably the placement of the butterfly tail and its relatively small size. Roll-yaw coupling (sometimes called inertia coupling) can be a problem for aircraft with low roll inertia compared to pitch and yaw inertias.

The concentration of mass along the fuselage, and the short span can lead to violent departures from controlled flight if, for example, a roll manoeuvre results in an upset in pitch or yaw.  Problems of this sort are exacerbated when low aerodynamic damping exists, due perhaps to high altitude and insufficient stability, particularly in yaw.

Typical solutions to this problem include large fin area, sometimes supplemented by ventral fins – compare late-mark versions of almost any early supersonic fighter aircraft with the initial prototype, and you will see the impact. For the Fang, the problem is likely to be compounded by the probability that the relatively small fins will be less effective at higher incidences due to blanketing by the airflow around the fuselage and wing.

Consequently, I much prefer the tailed-delta version of the aircraft shown in one of the illustrations. The taller tail fin, coupled with the low-set tailplane offer the prospect of a much more controllable aircraft, both in relatively low-speed manoeuvring air combat, and high altitude supersonic flight.

From a propulsion perspective, an aircraft aimed at a Mach 2 requirement should have some form of variable shock intake, and the configuration looks suitable for a Mirage-like shock cone intake. Without such an intake Mach 1.6 to 1.8 is probably the maximum that could be achieved. 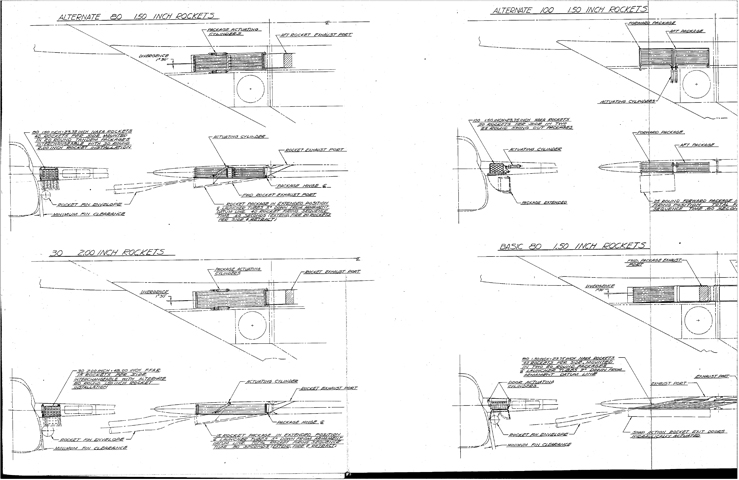 With the addition of a bigger radar, a shock-cone intake, and the carriage of the early Sidewinder (or similar) missile, the US could have had a very decent MiG-21! Mind you, I think it wouldn’t be long before more fuel, external tanks, and refuelling probe might have been required.

I do think the Fang was a bit of a lost opportunity. My very first reaction to the design was, rather mischievously, to note that a developed Fang would make a very decent competitor for the Tejas …”

Northrop proposed the Fang for an early 1953 USAF need for a high-altitude day fighter, though this vacancy was eventually won by the F-104 Starfighter, this design is a fascinating insight into the thinking of Northrop. Though the aircraft never flew it is fair to make a few guesses based on the aircraft’s general configuration. With a far lower loading than the F-104 its sharply swept delta and v-tail would have probably imbued the aircraft with a high instantaneous turn rate, and generally greater agility than the F-104. Northrop would return to the v-tail for the unsuccessful rival to the Raptor, the YF-23. If sufficiently powered (the Sapphire and J-79 were both considered) the Fang would have enjoyed swift acceleration. A novel aspect studied was the ability to readily change not just engine unit, but engine type, to allow for mission optimisation.

For armament, twin packs of 20- and 30-mm cannon were considered as were wing-root mounted 2-inch rockets, conventional and nuclear weapons.

The Fang was far smaller than F-104, with a greater emphasis on manoeuvrability, design priorities that would later lead to the superb F-5 family.

You love planes. We love planes. Save the Hush-Kit blog. Our site is absolutely free and we have no advertisements. If you’ve enjoyed an article you can donate here. In order to carry on we need donations— even £8 a month could do a lot of good.