Much has been written about USAF’s secret fleet of Soviet fighters, but far less known is the counter story of the American fighter that ended up deep in Russia during the Cold War.

We can only bring you articles like this with your support. Our site is absolutely free and we have no advertisements (any you do see, are from WordPress). If you’ve enjoyed an article you can donate here.

At the end of the war in Vietnam, the USSR received several samples of US aviation equipment captured by the victorious Vietnamese communists, among them was a F-5E light fighter-bomber (of a total of 27 that the North Vietnamese found). The F-5E, serial number 73-00807, was delivered to the Soviet Union. It was an extremely valuable intelligence coup that could tell the Communist super state much about American design and this mass produced aircraft’s capabilities, and how to counter it.

This exceptionally interesting trophy was sent to the VVS airbase in Chkalovsky before being transferred to the Akhtubinsk base. A test team comprised of engineering staff from an aeronautical research institute was formed to investigate, develop and test the American machine. The engineers and technicians were impressed by the design, and especially admired the F-5Es ease of maintenance and flying operation. The wing design also impressed the Russians for it conferred the F-5E with an impressive ability to fly at minimum speeds and high angles of attack. 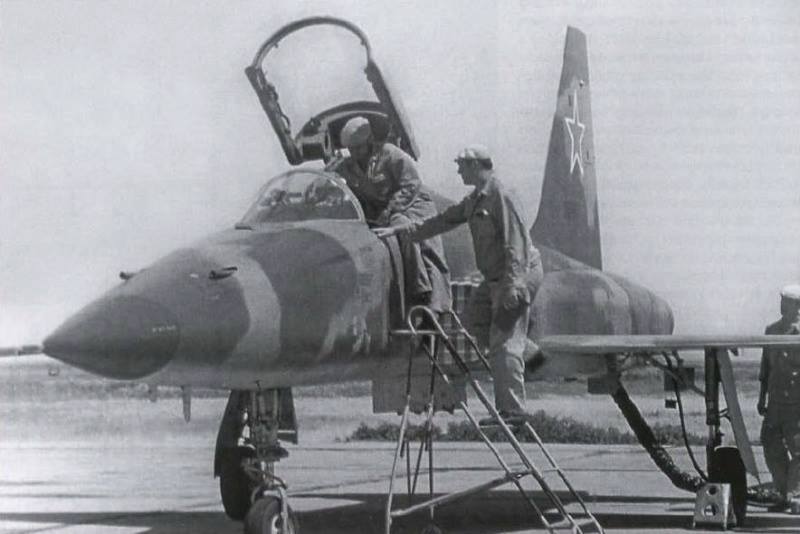 From the end of July 1976 to May 1977, a full-scale flight test of the Tiger II took place at the air force research institute. Flying was carried out by two exceptionally experienced pilots, A.S.Byezhyevets and V.N. Kondaurov, both decorated Heroes of the Soviet Union. 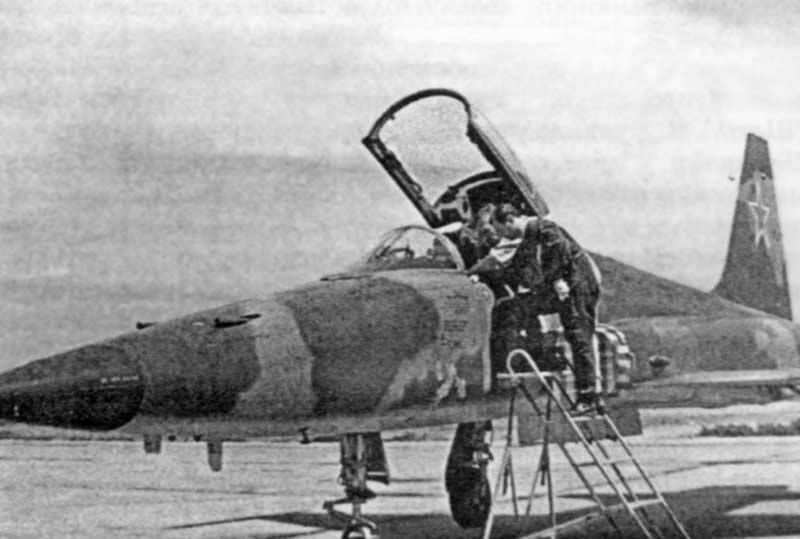 The results were shocking. In terms of manoeuvrability the F-5E was considerably superior to the Soviet MiG-21 fighter, a highly capable dogfighter itself. Further tests show a similar advantage over the most advanced Russian fighter, the MiG-23. However, the American plane was at a significant disadvantage in vertical manoeuvrability and energy compared to the MiG-23. Critically, it also lacked beyond visual-range medium-range missiles, something the MiG-23 did have.

The Central Aerohydrodynamic Institute (TsAGI) in Moscow performed static tests on the aircraft and the results were comprehensively recorded. Intriguingly, some of the design features of the F-5E made it onto the Soviet T-8 and T-10 projects (the latter becoming the famous ‘Flanker’).

In the 1990s the nose section of the aircraft was moved to a display area known as ‘Hangar 1’, which today is virtually impossible for outsiders to visit.

We can only bring you articles like this with your support. Our site is absolutely free and we have no advertisements (any you do see, are from WordPress). If you’ve enjoyed an article you can donate here.

Have a look at How to kill a Raptor, An Idiot’s Guide to Chinese Flankers, the 10 worst British military aircraft, The 10 worst French aircraft,  Su-35 versus Typhoon, 10 Best fighters of World War II , top WVR and BVR fighters of today, an interview with a Super Hornet pilot and a Pacifist’s Guide to Warplanes. Want something more bizarre? The Top Ten fictional aircraft is a fascinating read, as is The Strange Story and The Planet Satellite. The Fashion Versus Aircraft Camo is also a real cracker. Those interested in the Cold Way should read A pilot’s guide to flying and fighting in the Lightning. Those feeling less belligerent may enjoy A pilot’s farewell to the Airbus A340. Looking for something more humorous? Have a look at this F-35 satire and ‘Werner Herzog’s Guide to pusher bi-planes or the Ten most boring aircraft. In the mood for something more offensive? Try the NSFW 10 best looking American airplanes, or the same but for Canadians.