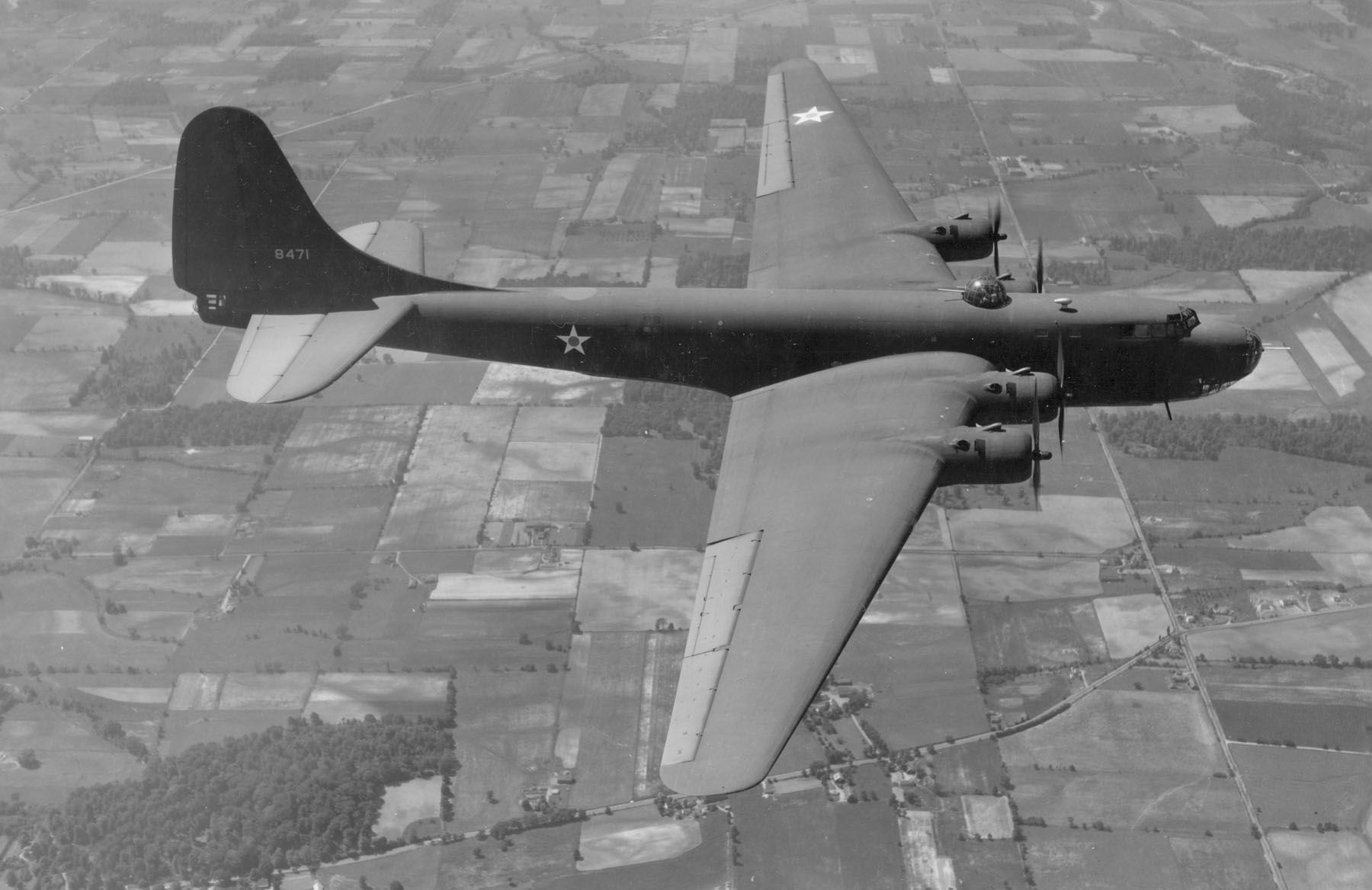 Nicknamed the ‘Douglas Flying Behemoth’, the little-known XB-19 was an experimental wartime bomber with a wingspan equal to that of a Boeing 747! Unloved and unlucky, it performed vital work that directly contributed to the exceptional B-29 Superfortress.

From 1941, until the B-36 Peacemaker took its first flight in 1946, the largest American aircraft was the Douglas XB-19. This US Army Air Corps project started in 1935 with the aim of producing an experimental aircraft to explore the future of long-range bomber technology. The schedule called for detailed designs to be finished by 31 January 1936, and the first aircraft to be completed by 31 March 1938. Sikorsky and the Douglas Aircraft Company created mock-ups for evaluation, and the latter was declared the winner.

Work on the aircraft, now dubbed XBLR-2 (Experimental Bomber Long Range) did not run smoothly. Whereas US experimental aircraft would enjoy almost unlimited funding during the later Cold War, there was relatively little money available for R&D from 1935-1937. Douglas were receiving fitful government funding, and the programme was sucking up design personal that could have been working on types that had a chance of entering series production. In 1938, Douglas grew exasperated and tried kill the project, noting that the delays had made the it obsolete. Materiel Division would have none of it however, and insisted work go on. 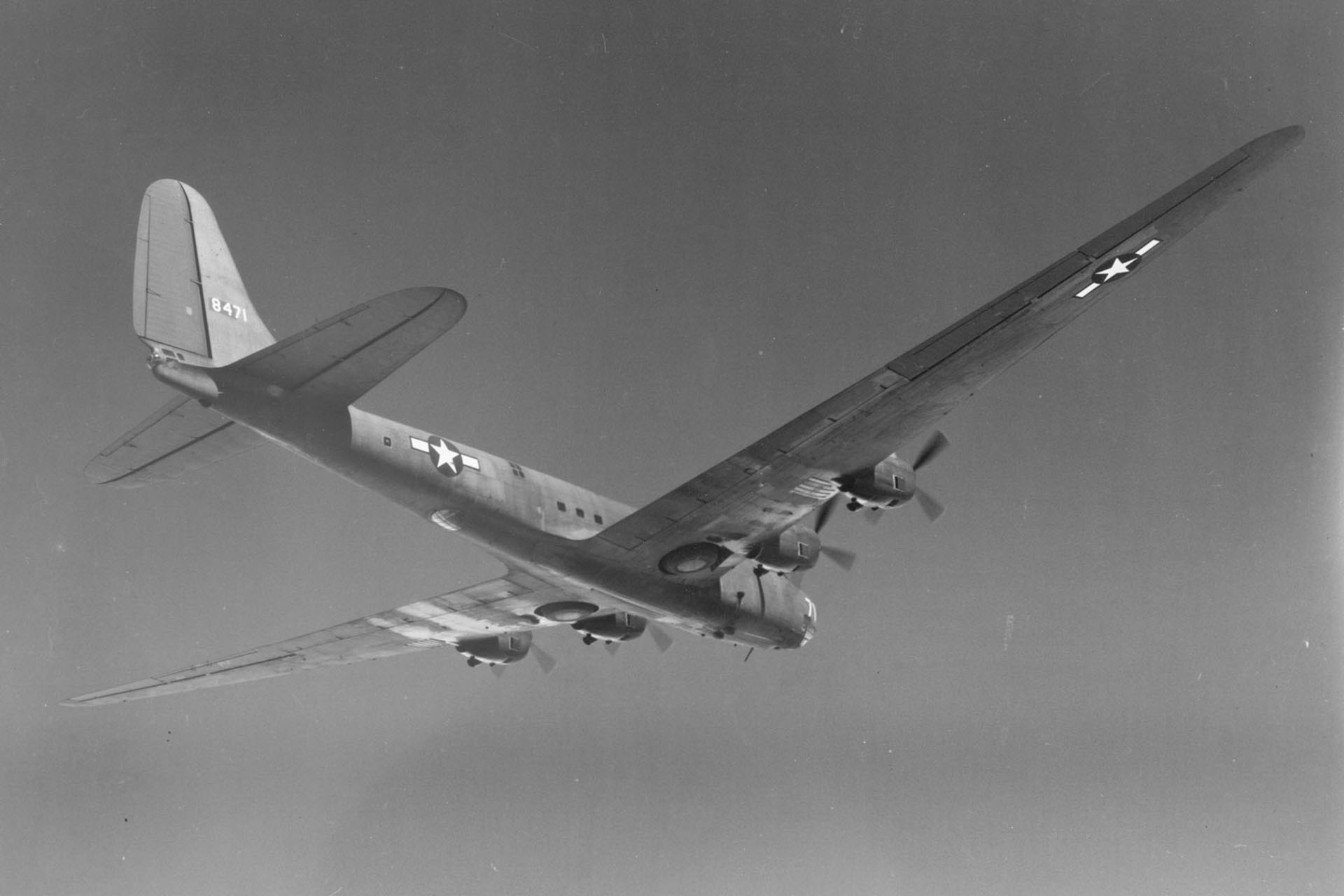 The XB-19 was completed in May 1941 and was an extremely impressive machine. Perched on a vast tricycle undercarriage with mainwheels an astonishing 8 ft (2.44 m) tall, the machine was in a class of its own. Its wing span of 212 ft (64.62 metres) was well over twice that of the B-17 Flying Fortress; its maximum weight of 162,000 lb (73482kg) was two and half times that of the USAAC’s standard heavy bomber. Its first flight on 27 June, 1941, was uneventful and was followed by a congratulatory cable from President Roosevelt.

The aircraft, with its impressive 7,710 mile (12,408 km) range, was a veritable gunship of defensive armament: it was fitted with five .50 cal M2 Brownings, six .30 cal Brownings and two massive 37-mm autocannon. These guns would be loaded during the later test stages as America was now at war with Japan, as another precautionary measure the aircraft was painted in a camouflage scheme. The maximum bombload was a hefty 37,100 lb (16828 kg), around eight times the B-17’s standard load for long range missions. In 1942 the aircraft was accepted, but it was clearly too slow — with a pitiful cruise speed of 135 mph and maximum of 224 — to be developed into an operational bomber, and the far faster and more sophisticated B-29 was only a year away from its first flight. 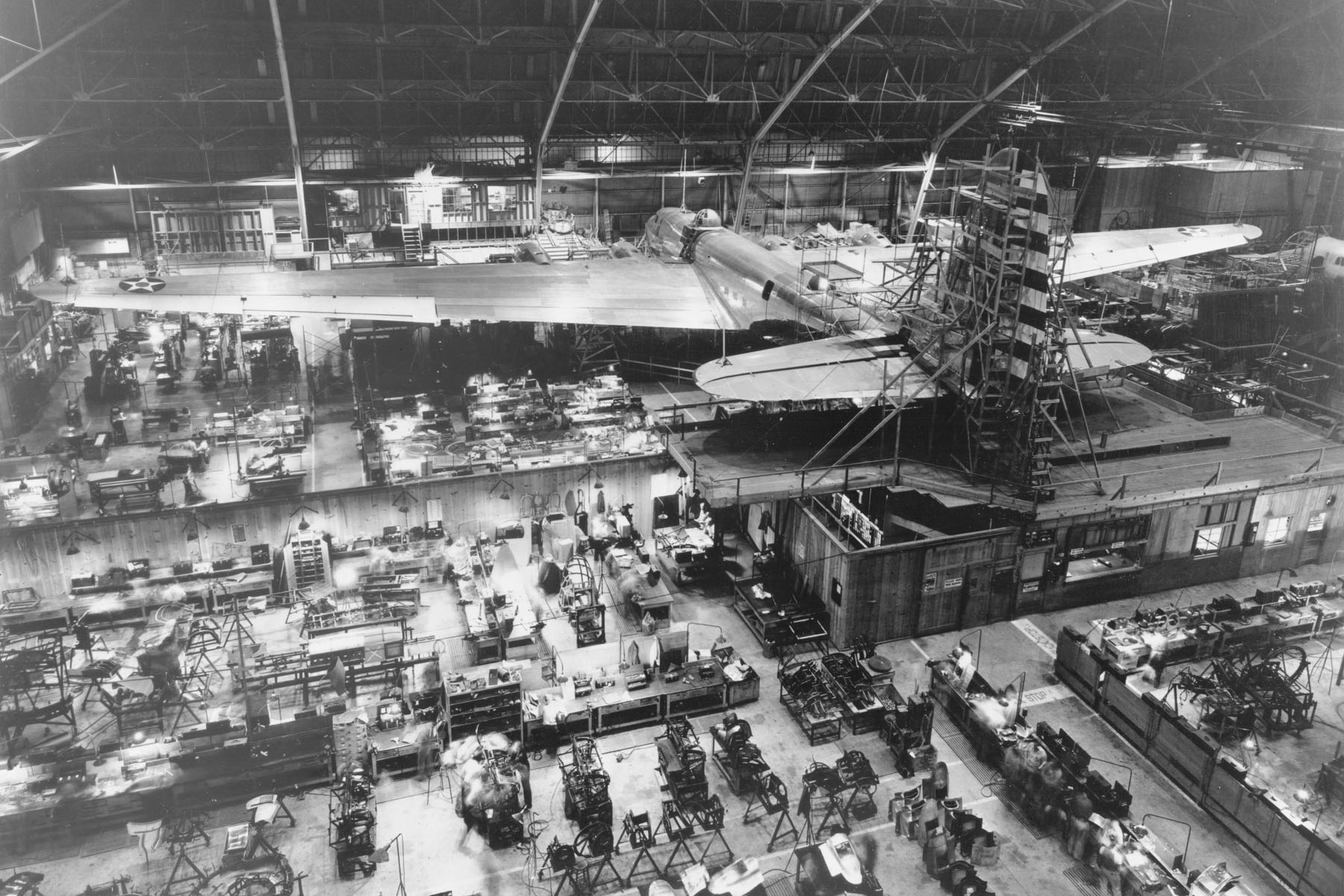 Total cost to the US Government was $1,400,064, a fraction of the four million it cost the manufacturer. Over less than two years, the aircraft and its 2,000-hp R-3350-5 radial engines were tested exhaustively. The data from these tests did much to make the Boeing B-29 Superfortress and Convair B-36 Peacemaker the successful aircraft they were. Once the XB-19’s job as flying laboratory was over, it become a lone cargo aircraft – before dying in Davis-Monthan Field.

If you wish to see more articles like this in the future please donate here. We are extremely grateful to all those who choose to donate.