Twice as heavy and with more than twice the power of the Spitfire- the Hawker Typhoon was a fighter-bomber of Brobdingnagian proportions. After prolonged technical problems, the type served with distinction as both a low-level interceptor and fighter-bomber from 1941-1945. Today, Project Typhoon RB396 is restoring a veteran airframe to airworthy condition. We spoke to them, to find out how ‘Britain’s Butcher Bird’ faced up to the best of the Luftwaffe.

When the new Fw 190As appeared over England in 1941, the RAF was caught with its pants down. The Fw 190 was extremely fast and agile, and the Spitfires and Hurricanes were simply unable to keep up. Only the Hawker Typhoon possessed the speed to catch it. The Typhoon could overtake the Fw 190 in level flight, could outturn it below 10,000ft and packed as much punch in terms of armament. Both types had restricted visibility, however, the Typhoon became superior in this respect with the introduction of the bubble canopy (early machines had ‘car door’ style transparencies). The two aircraft were very evenly matched, with only pilot skill and luck determining the outcome in a dogfight. The ‘tip and run’ raids by the Fw 190 were instrumental in saving the Typhoon programme.

Compared to the tiny Bf 109, the Typhoon was a brute.  The number of Bf 109s produced (in excess of 33,000) indicates that the basic design was extremely sound. Highly maneuverable at all altitudes- the ‘109 could out-turn the Typhoon at higher altitudes, where the thick chord of the British type reduced its effectiveness. Like the Bf 109, as mentioned above the early Typhoons had restricted visibility from the cockpit. Both were backed up by formidable firepower -but the Typhoon had a far more robust airframe; the cannon of the Typhoon could chop a ‘109 to pieces very quickly. The Achilles heel of the ‘109 was its restricted endurance, a result of its tiny size. More often than not, the Luftwaffe’s ‘109s would turn and run because they did not have the fuel for a prolonged dogfight. 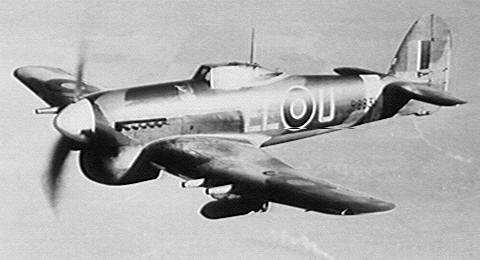 Typhoon versus Messerschmitt Me 262

It is extremely difficult to compare the Me 262 to the Typhoon. The Luftwaffe employed the ‘262s primarily as bombers, under orders from Hitler, and so the Typhoons were rarely caught in a dogfight with them.  However, there were a few instances where Typhoons shot down ‘262s in combat. The Canadian Typhoon pilot, Flight Officer A.H Fraser, downed a ‘262  on Valentine’s Day 1945. The ‘262s outstripped any opponent for speed, and they were ferociously well armed- often with four 30-mm cannon. If they saw Typhoons they simply had to put their foot down and could disengage at will if outnumbered. Once in combat, the ‘262 was particularly vulnerable to damage. The Typhoon had a huge advantage in combat maintenance. She was a huge rugged aircraft that could take a lot of damage. Much of the damage that Typhoons received could be repaired at squadron level rather than having to be sent away for repair. An example was a Typhoon that was completely cut in half by another on landing, four days later it was back in operational service! It received a replacement fuselage and tail from the squadron stores. The Typhoon’s main advantage over the ‘262 was its endurance. 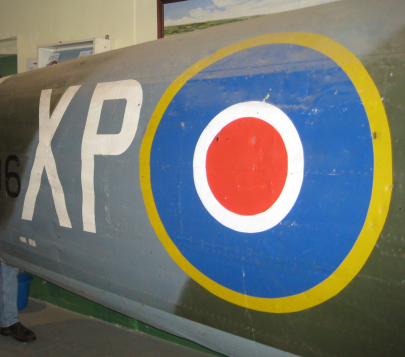 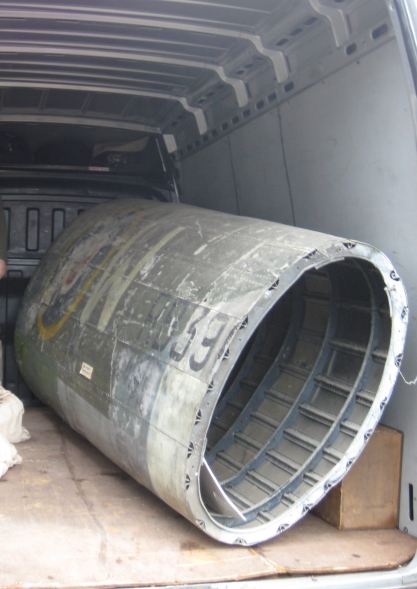 The Fw 190 and Typhoon were extremely closely matched, simply put, only the pilots made the difference between the two machines.  Against the ‘190 the Typhoon could hold its own, and more often than not exceed the qualities of the 109. Against the ‘262 there is not enough evidence to draw a conclusion, but the Typhoons, with their tough structure, excellent top speed and armament would have been less vulnerable than other piston-engined fighters.

But it was in the fighter-bomber role that the Typhoon really shone. It was far superior to the Spitfire IX: it had twice the amount of cannon, twice the bombload and over twice the range. A barrage from its eight 60-Ib rockets was equivalent in destructive power to a broadside from a Royal Navy Destroyer. As has been described above, it was an exceptionally rugged design and was able to take a great deal more battle damage than the dainty Spitfire.

There is such a thing as a ‘free lunch’, but please do leave a tip: hit the donate button at the top or bottom of this page. Your help is appreciated.

It was in support of the D-Day operations that the Typhoon would cement its place in history. Like the Harrier in the Falklands, the Typhoon was absolutely right for that one unusual circumstance: providing close air support and tank-busting in an extremely high threat environment. After proving itself so dramatically, come May 1945, the RAF couldn’t wait to get rid of it. It was considered over-specialized and dangerous (the problem of carbon monoxide pouring into the cockpit was never adequately solved) and in the air-to-air role it was inferior to the Tempest and late-mark Spitfires. There were no more tanks to destroy, and the jet age had begun. Despite an anguished adolescence, the Typhoon had done what was asked of it with distinction and for that it deserves to be remembered. An airworthy Typhoon would serve as a visceral and thrilling reminder of the extremely courageous tasks carried out over four horrific years by the air and ground-crews that supported this impressive machine.

You should also enjoy some more of our articles: There’s a whole feast of features, including the 10 Best fighters of World War II , top WVR and BVR fighters of today, an interview with a Super Hornet pilot and a Pacifist’s Guide to Warplanes. Was the Spitfire overrated? Want something more bizarre? The Top Ten fictional aircraft is a fascinating read, as is The Strange Story and The Planet Satellite. The Fashion Versus Aircraft Camo is also a real cracker. Those interested in the Cold Way should read A pilot’s guide to flying and fighting in the Lightning. Those feeling less belligerent may enjoy A pilot’s farewell to the Airbus A340. Looking for something more humourous? Have a look at this F-35 satire and ‘Werner Herzog’s Guide to pusher bi-planes. In the mood for something more offensive? Try the NSFW 10 best looking American airplanes, or the same but for Canadians. 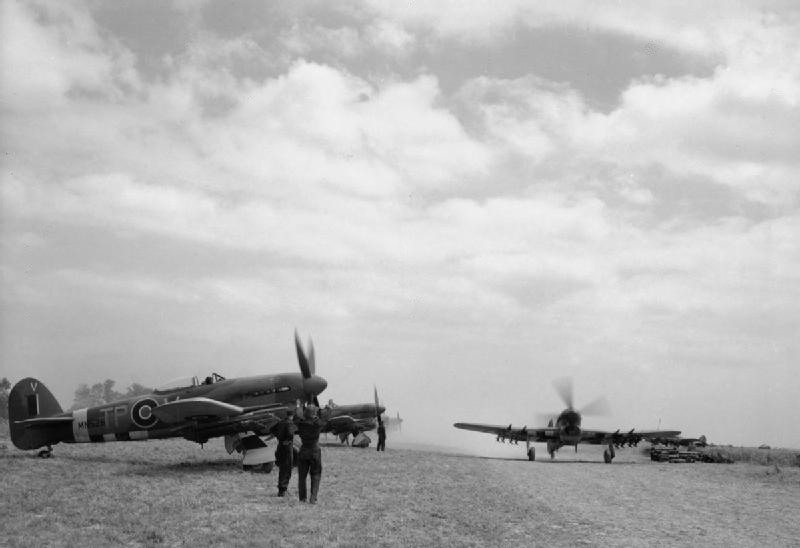