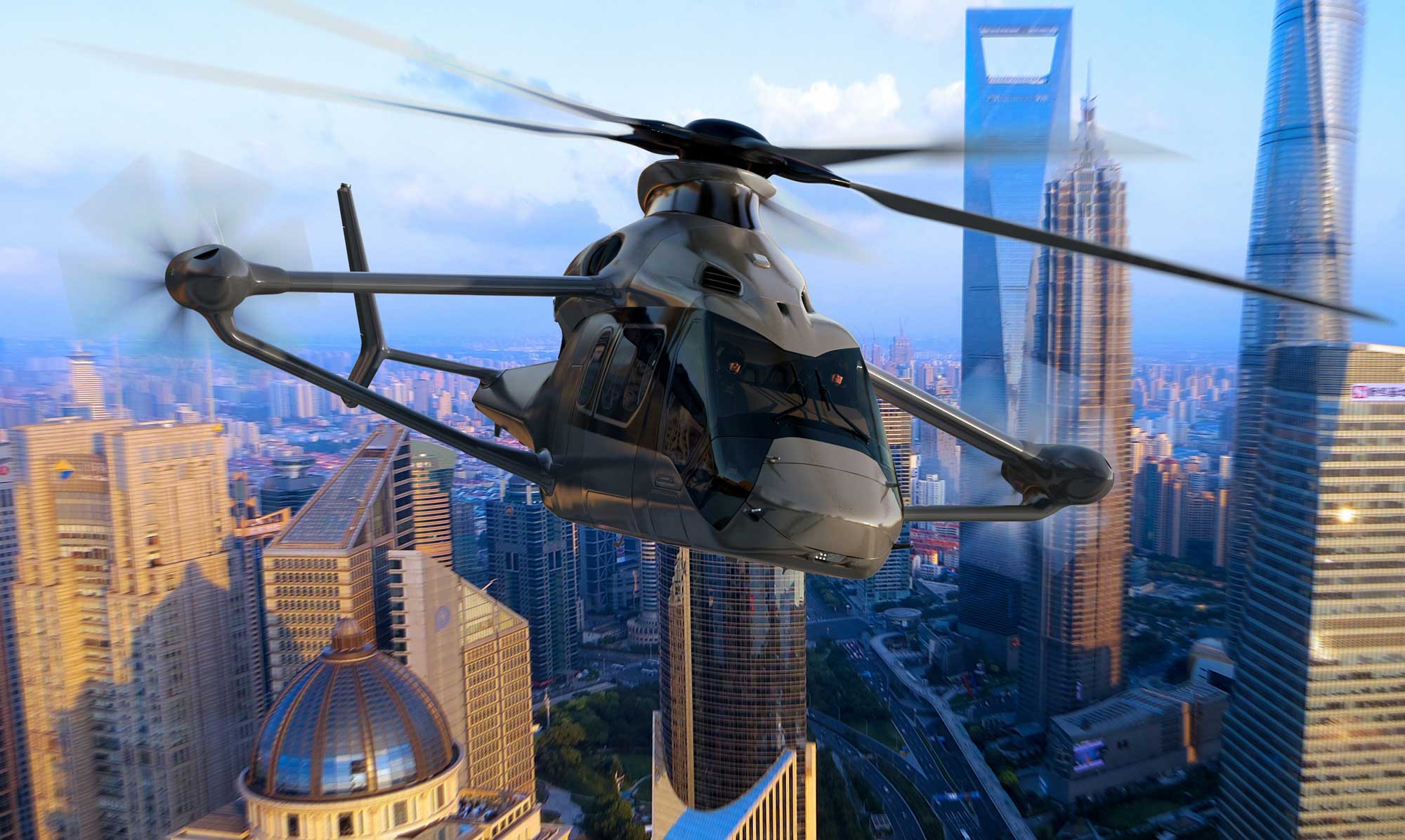 Dr Ron Smith joined the British helicopter company Westland in 1975, working in Research Aerodynamics, remotely piloted helicopters, before becoming Head of Future Projects. He had a strong influence on the design of the NH90, and was involved in the assessment of the Apache for Britain. He also explored a variety of exotic future technologies for Westland. In the first part of our fascinating interview, we ask him about the future of faster rotorcraft.

Save the Hush-Kit blog. Our site is absolutely free and we have no advertisements. If you’ve enjoyed an article you can donate here. Your donations, however big or small, keep this going. Thank you.

HK: Of the various new efforts to produce faster helicopters, which are the most promising?

“In addition to the compound helicopter configurations, Sikorsky has flown a co-axial helicopter with nearly rigid rotor. This was first flown under the description of Advancing Blade Concept or ABC as the Sikorsky XH59A.

Rather than maintain a lateral balance between advancing and retreating blades, the retreating blade is unloaded and the lateral imbalance is cancelled out between the two contra-rotating rotors. Auxiliary propulsion is required to achieve high speeds.

The Sikorsky S-97 Raider, which first flew in 2015, is a modern development based essentially on the same principles. It followed the 2008 Sikorsky X2 technology demonstrator, which achieved speeds up to 290 mph in level flight. The S-97 Raider is promoted as having cruise speeds in excess of 220 kt (253 mph). Sikorsky are also teamed with Boeing on a larger concept, the SB-1 Defiant, due to fly in 2018, which is aimed at speeds up to 290 mph.

The ABC principle on which Sikorsky’s design is based is pretty much their proprietary technology, which means that evolution of other compound helicopter concepts (for example the Airbus RACER successor to the X3) is likely to be more straightforward for other manufacturers to investigate. 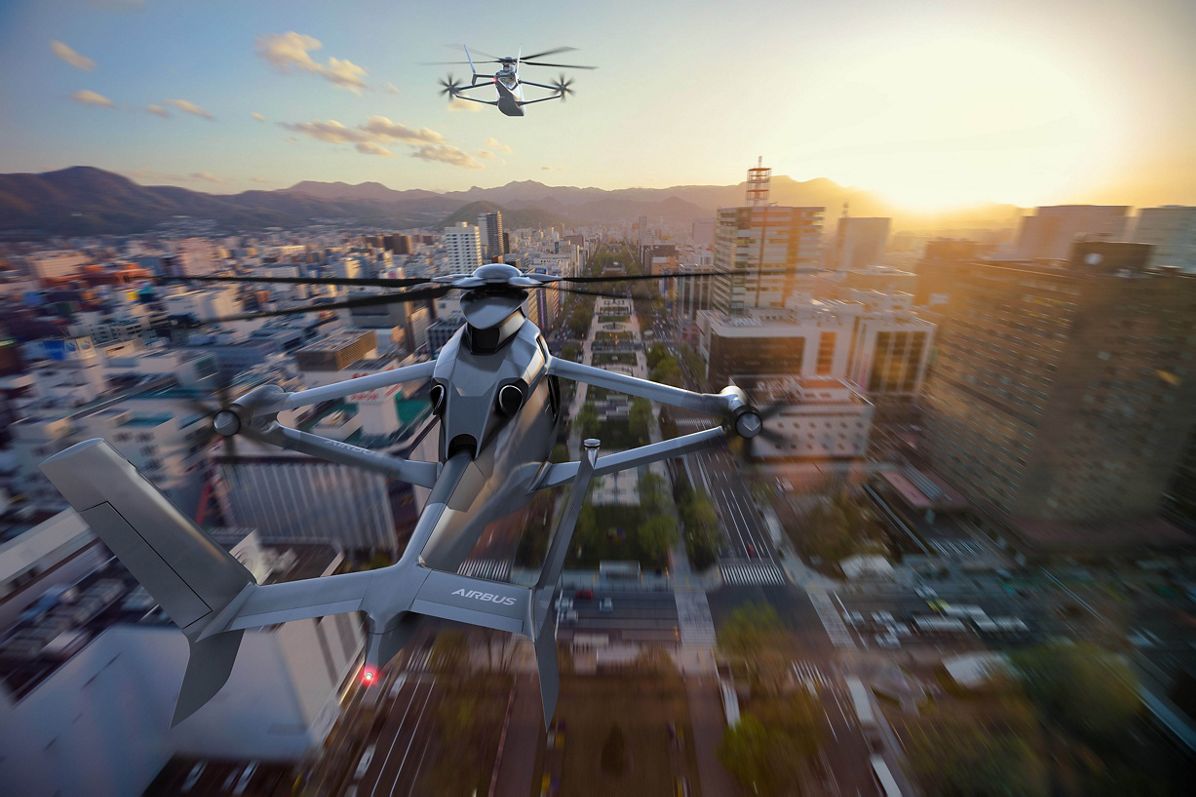 The Airbus RACER. Looks like this game should be called Grand Theft Heli.

The main competitor to these concepts would be tilt rotor designs, which are not strictly helicopters), such as the AW609, Bell V-280.”

Helicopters rarely seem much faster than 200mph, what limits the top speed of helicopters?

“There are two considerations: drag and rotor performance. Power increases with speed cubed and the helicopter, with its generally boxy fuselage and complex rotor head is not a very aerodynamic shape. My brother’s reaction to the Sikorsky MH53E was to say: – A spokesman for the air said “Aargh!” 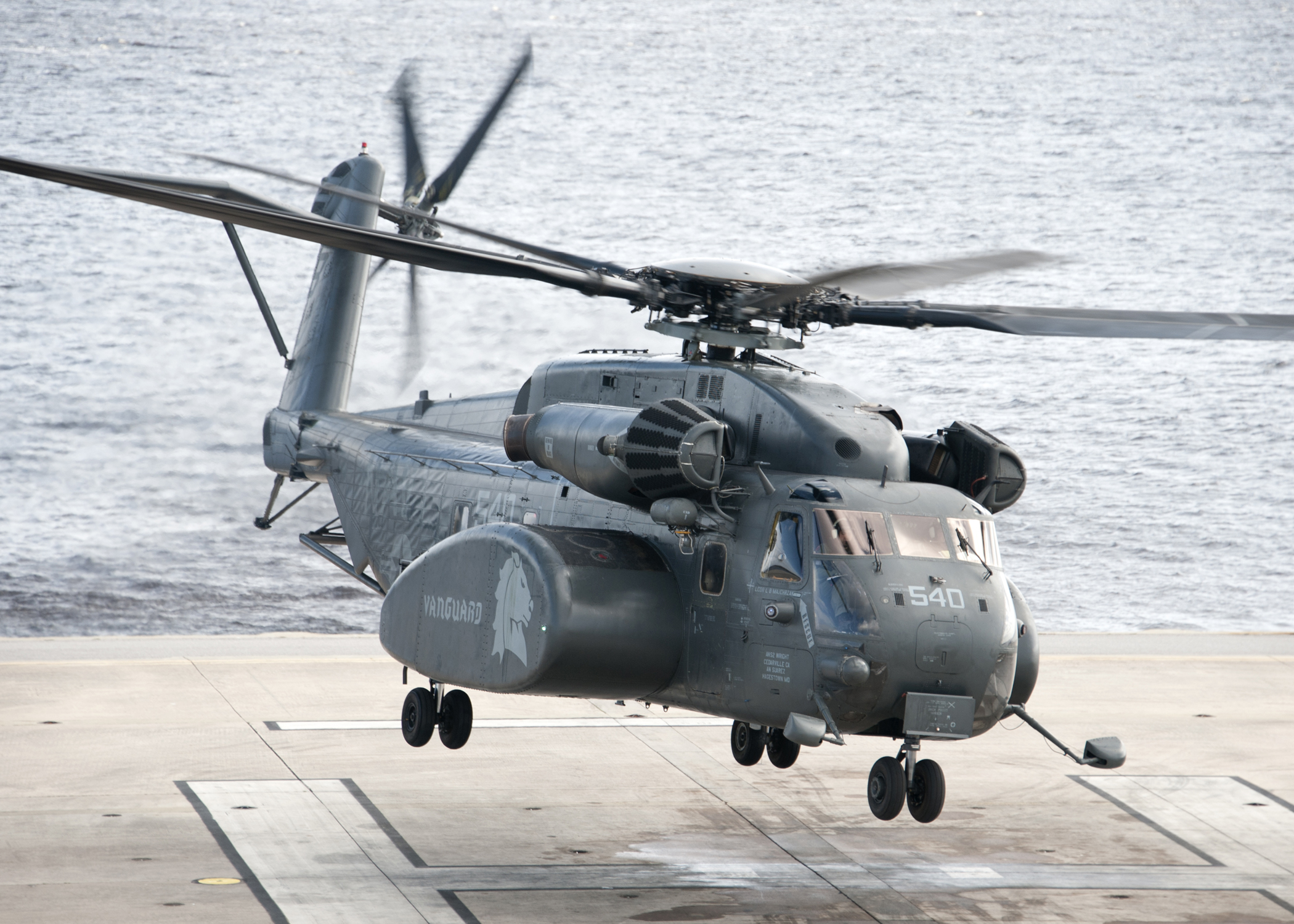 A rotor rotates at tip speeds typically between 650-700ft/sec. On the advancing side the forward speed of the aircraft adds to this to produce transonic Mach numbers at the rotor tip. On the retreating side, the local speeds are reduced, which in combination with interactions with the vortices in the helicopter’s rotor wake can result in blade stall and stall flutter.

Stall flutter is associated with a rapid increase in fluctuating dynamic pitch loads in the rotor control systems, which can cause fatigue damage and limit the operational lives of key rotor system components.

The flight envelope has to be restricted to remain clear of stall flutter and the tip speed is restricted to limited external noise (and power penalties due to transonic wave drag).

Selection of aerofoils, knowledge of their dynamic stall characteristics, and modified tip shapes can be used to extend the operational envelope, but as stated, this would rarely extend beyond 200 mph.

Relieving the rotor of some of its lift and propulsion requirements by fitting an auxiliary wing and thrust devices also delays the onset of retreating blade limits, extending the flight envelope to perhaps 250 mph (think Fairey Rotodyne, Eurocopter X3 and so on).  This configuration is known as a compound helicopter. It can be lift compounded (wing only), thrust compounded (additional propulsion only), or thrust and lift compounded.”

What do you believe is the future of tilt-rotors?

“Westland has a tilt rotor background going back to the WE-01 of the 1960s. When WHL were working with France and Germany on the GARTEUR studies, WHL favoured Advanced Compound Helicopters, whereas the French favoured tilt rotors. Subsequently, we find Agusta Westland / Leonardo picking up the Bell 609 tilt rotor, whilst Eurocopter / Airbus are looking at the Advanced Compound Helicopters.

The Osprey has demonstrated that a military requirement, Congressional backing and sufficient funds over a long period can bring a new rotorcraft configuration into operational service, albeit taking 18 years between first flight and operational deployment.

The Bell V-280 potentially offers a route to large scale military orders for a new tilt-rotor configuration, which is likely to be supported, if it goes ahead, with a sustained development funding stream.

The Bell V-280 Valor. It is hard to believe that crews or soldiers won’t come up with a nickname that will replace the terrible name.

The question for me, and I do not know the answer, is how fully de-risked is the AW609, in terms of its ability to gain world-wide commercial certification.

The loss of the second prototype is a concern, but is not untypical in a new rotorcraft development programme.

My question would be whether or not there are sufficient funds and commitment available from Leonardo to carry this project through to certification on a purely commercial basis. Once certificated, there remains the question of market fit (purchase / operating costs and mission performance versus competitors).

On the plus side, the high cruising speed of the AW609 means that it is something of an enabler in terms of medium range point to point operations. This is exemplified by the flight of the AW609 prototype covering the 1,161 km (721 mi) from Yeovil, UK, to Milan, Italy, in 2 hours 18 minutes.”

Save the Hush-Kit blog. Our site is absolutely free and we have no advertisements. If you’ve enjoyed an article you can donate here. At the moment our contributors do not receive any payment but we’re hoping to reward them for their fascinating stories in the future.