Since the first caveman looked up from his ram-raiding to see a police helicopter majestically hovering over the high street, man has been fascinated by the idea of flight.Soon after, Icarus’ life-coach told him to be more ambitious and the path was set: humans were the ‘aviator ape’, the ‘flying monkey’. It was then a short hop from the farm animals and criminals sent into the Parisian skies by the Montgolfier Brothers to today’s 600mph airliners where you can purchase a mini tube of Pringles for £1.80. While some aircraft, like the 747 and Edgley Optica, are household names, many incredible flying machines have been placed into the overflowing recycling bin of history only to be blown down the pavement of obscurity by a gust of anonymity. Today we will run down the road in the unbelted dressing gown and Birkenstocks of historical research —  and retrieve these lost birds. Hush-Kit’s Joe Coles teamed up with Texan automotive illustrator Web Pierce, a little too much peyote and lost weekend to bring you The greatest aircraft that never were

The By-12 was described by test pilot Ivan Platonov as a ‘total dick’ to fly. It is rumoured that Chief Designer Pyotr Baratynsky was a ‘Frisby buddy’ of Joseph Stalin.

The Baratynsky By-12 was a Soviet jet fighter-bomber of the late 1940s. Resembling a swept-forward wing de Havilland Vampire, the type was in fact twice as large as the British aircraft. Its novel Chukovsky RL-24 power-plant, described as a ‘Wankel rotary-type scramjet compressed turbine’ was a technological cul-de-sac; though capable of astonishing acceleration rates the engine was so loud that the pilot had to be housed in a metal pod sound-insulated with three-feet of mattress material, earning it the unofficial nickname of ‘The Devil’s Bed’ (Krovat’ d’yavola). Capable of astonishing agility and armed with two 120-mm recoilless cannon, the type proved extremely effective in combat trials. However, the  type never went into full production due to what an official investigation described as a ‘gypsy curse’. 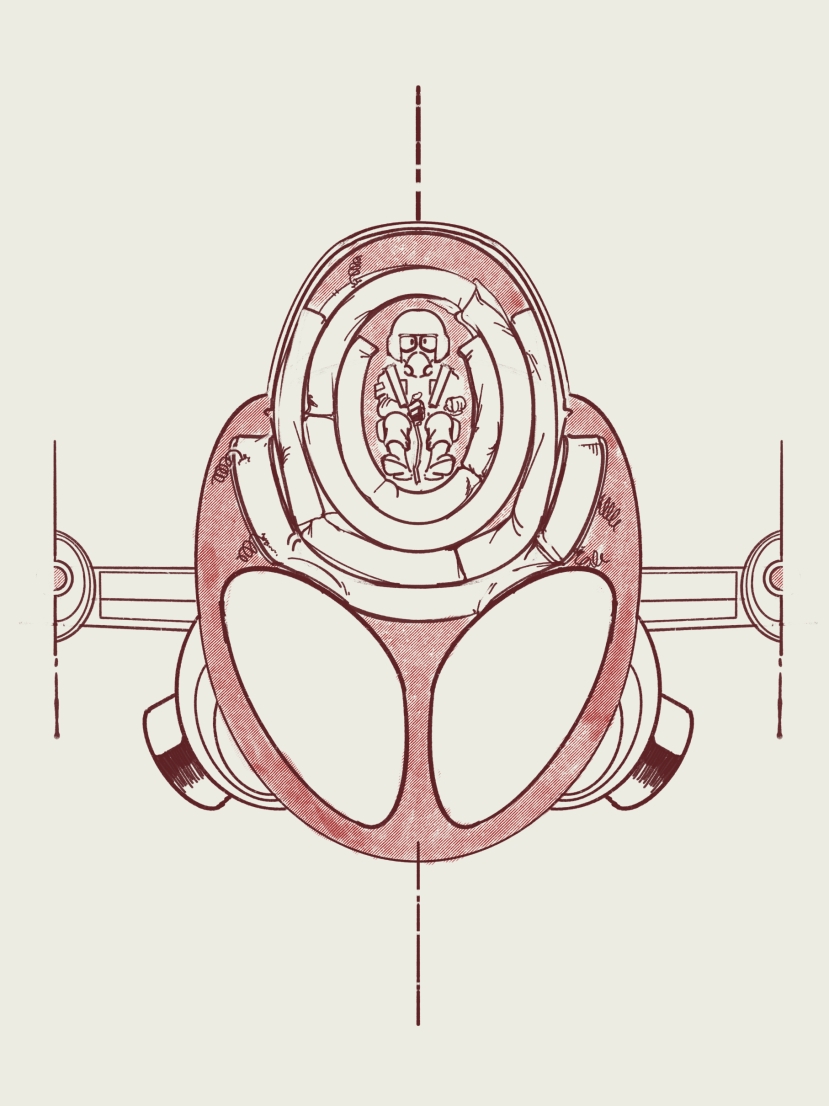 “The engine was so loud that the pilot had to be housed in a metal pod sound-insulated with three-feet of mattress material, earning it the unofficial nickname of ‘The Devil’s Bed’ (Krovat’ d’yavola).”

The Despoiler was the first aircraft to land before its maiden flight.

The AD-54 was designed to fulfil a 1962 US Army requirement for a close air support aircraft capable of feeling love while requiring less maintenance than a Jeep. The brainchild of eccentric rubber magnate and television psychic Elber T. Stetson, the aircraft was designed in only twelve minutes using what Stetson mysteriously described as the ‘wiggle principle’. The Despoiler was powered by a Ford V8 automobile engine and armed with a fire axe, a stun grenade and working knowledge of Beat poetry. During clandestine operations in Viennese sex clubs in the early 60s the type proved popular with couples.

The S432 was the first, and so far only, aircraft to use cognac as a coolant.

The only bi-sonic business jet to enter service, the Connasse was a one-off aircraft built for the French singer Serge Gainsbourg. Combining features found on the Mirage IV with those of the Citroen DS created an aircraft of singular appearance, listed by the the Académie d’Esthétique Aéronautique de Paris as the second most beautiful object in the world after the Citroen Picasso. The aircraft was unusual in landing backwards (to avoid airport tax). The airframe is currently displayed in a backstreet behind Gare du Nord railway station in Paris, where it functions as a brothel and phone repair shop.

The Aero-Basilica received a comprehensive upgrade in the 1980s after which it became both weaponised and canonised.

Vatican City’s only aircraft design bureau, the Holy Order of Heavenly Bodies Built in Furtherance of Our Lord, created the Aero-Basilica in an attempt to create a Sacrament of Penance/Indulgences enforcement vehicle capable of effective operation at tree-top level. The aircraft consists of a cathedral mated to the airframes of three Mi-10 ‘Hark’ helicopters bonded with super-defused faith. The Aero-Basilica is the fastest aircraft in its class and can perform three Hail Marys in one 360 degree turn.

The Shire House was designed to operate from the gardens of country pubs. The cockpit smelt of brass and ale.

Despite being made from butterscotch and powered by the unpublished works of Jerome K. Jerome, the Shire Horse was a formidable local fighter of the early interwar period. Eric ‘Winkle’ Brown’s notorious twin brother Alan ‘Picker’ Brown flew the aircraft in the village harassment role during the unsuccessful Wiltshire War of Independence (1922-28), he described the aircraft as, “A maddening bitch wrought from speed, terror and linseed oil with the landing characteristics of an obese cadaver falling down a spiral staircase.”

Love aviation like we do? This madness can only survive with your donations. Click here to keep this site going.