An area of the Atlantic Ocean off Florida is home to unexplained forces that regularly cause aircraft (and ships) to disappear in very large numbers.  Emergency radio calls are never made from the lost machines and no trace of them, or those aboard, is ever found. Hush-Kit dispatched Canadian car lot attendant Stephen Caulfield to get to the bottom of this alarming mystery.

The Bermuda Triangle was one of the major conspiracy theories of the era between the end of the Second World War and the invention of the Internet. This mystery was right up there with Kennedy assassination theories, Bigfoot and Jack the Ripper. It was featured in every one of those lurid books of the ‘unexplained’ beloved by children and idiots in the 1960s onwards. (‘Conspiracy’, as a prefix for ‘theory’, should not be used as a synonym for delusional: many fringe ideas turn out to be true – in the early 20th century the idea that the Mafia was an extremely powerful organisation was dismissed by most respectable people and authorities as hogwash)

This patch of the Atlantic Ocean would occupy the popular culture throne of bullshit until the attacks of 9-11 on the Pentagon and World Trade Center altered the fundamental scale and nature of conspiracy theory.

A large cargo ship the SS Cyclops, under contract to the United States Navy, disappears in 1918 along with the 306 people aboard. Other vessels follow.  A flight of five Grumman TBM-1C Avenger torpedo bombers disappears in December 1945 while on a training mission from Naval Air Station Fort Lauderdale, Florida.  Ditto the large seaplane sent to look for them.  Light aircraft, airliners, military jets – all have disappeared there by the dozens, hundreds, thousands.

Were Communist forces (perhaps based in Cuba) behind the losses? Aliens or hidden civilizations with advanced technologies were also earned blame for the long string of disappearances which began to occur in numbers around the time of World War I and appeared to peak in the 1970s.  It scared people.

A German named Erick von Däniken was also hovering near the top of a cockeyed pyramid of writers and “researchers” popularising a plethora of whacked-out ideas about the world back then.  Maybe he was Dutch, though.  Sometimes you can’t tell. (Note from Editor: you can’t put “researchers” in quotation marks while not even Googling facts — he is Swiss, he’s also alive so his lawyers can contact you directly, Stephen)

Von Däniken and his ilk had ideas about aliens mating with monkeys, resulting in advanced civilisations which had then either fallen under t 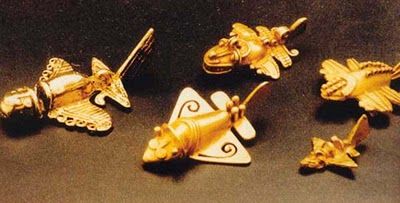 Deathrays. bestsellers and horseshit
Missing aircraft were being death-rayed clean out of the sky by these powerful entities and hidden societies keen on their Atlantean privacy.  Von Däniken sold sixty-three million copies of his string of occulty-ey alternative history books – with nary a chat room in sight.  Via some twenty million copies of a single book on the subject, travel guru Charles Berlitz and his magnum opus of horseshit The Bermuda Triangle made the titular area a household name in the 1970s. Before the Internet, you really had to work it to participate in conspiracy theories. You couldn’t just load up on skunk, and post to an online forum or retweet some creepy shit on Twitter.  No, you had to watch TV documentaries and go to matinees at theatres in dying second rate shopping plazas.  You had to borrow seven or more yellowed paperbacks from that crazy dude at the pub.  You read tabloid newspaper articles in the papers that got left in the cafeteria at the plant you worked nights in when you first got back from Vietnam.  It wasn’t as easy as now. 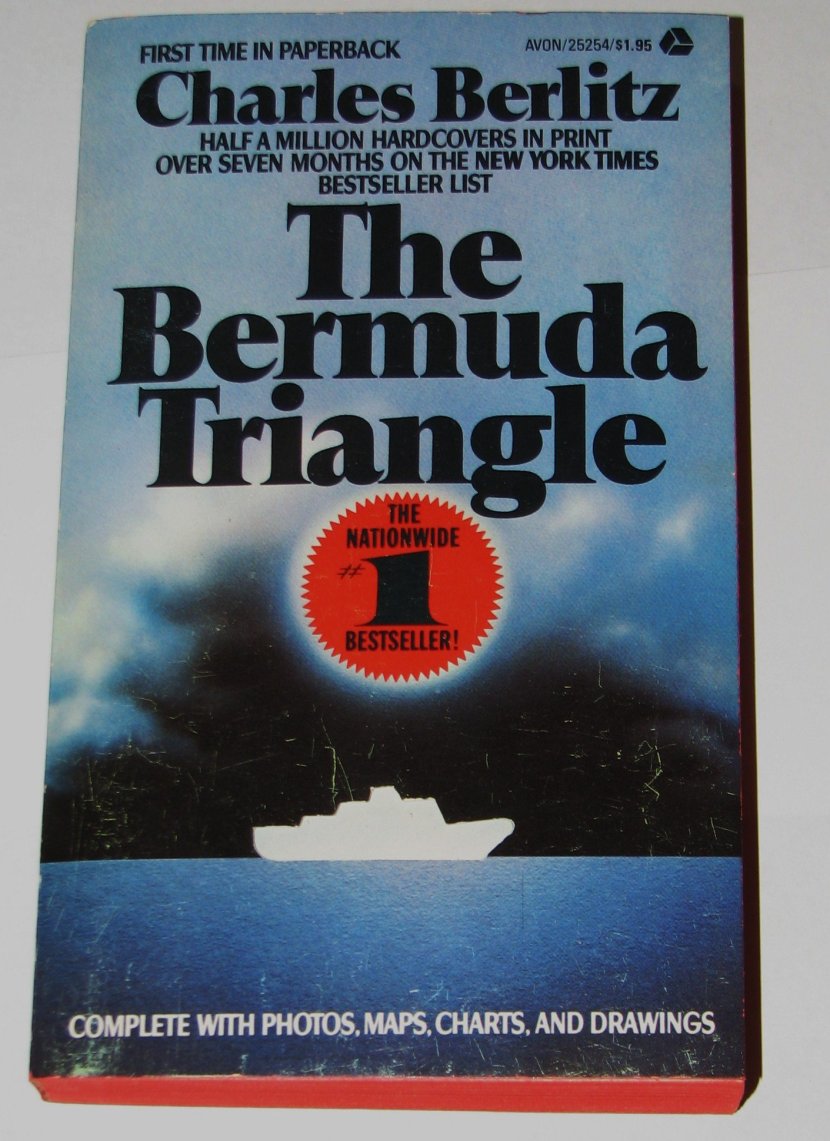 All this fervent activity fed content producers like Von Däniken and Berlitz whose mark can still be discerned in the popular culture.  Some of this rubbish has made it onto the Internet, much of it is forgotten.

The Myth of the Widowmaking F-104 here 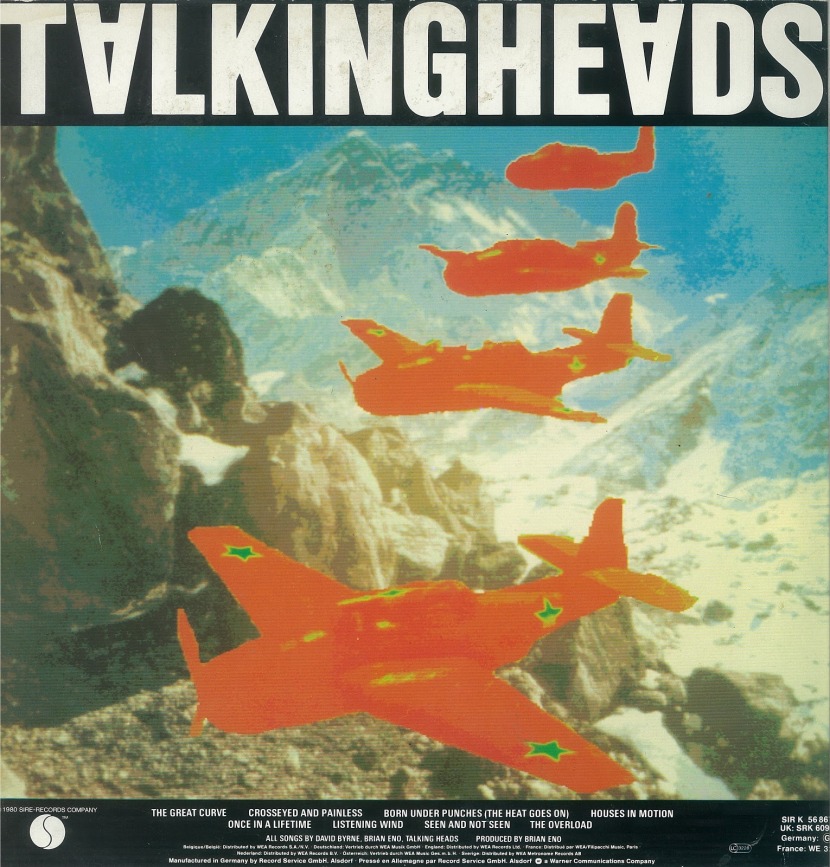 It wasn’t all bad.  For example, Flight 19, the Avengers mentioned earlier, or at least a representation thereof, made it to the back cover of a Talking Heads album.  Two other British musicians dedicated songs to Flight 19, the best-known single aerial disappearance into THE BERMUDA TRIANGLE.  Both latter efforts are only remembered on Wikipedia. 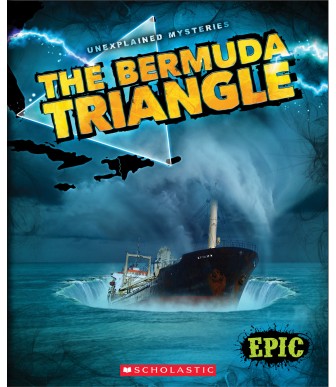 Flight 19’s five Avenger crews probably did what many a rookie formation might do, fly a reciprocal course by mistake or fail to identify the Bahamas. This probably led them to run out of gas and crash as darkness was falling and in the panic totally fuck up on established radio procedure for emergency ditching.  The Atlantic off Florida is practically carpeted with World War II aircraft wrecks.  All lost nowhere near an enemy.

This particular photo (main image at the top) has adorned pulpy book covers and accompanied tabloid newspaper articles or trashy magazine features over and over for decades.  Usually on the anniversary of the disappearance of Flight 19 it is used to introduce some new vanishing, to restate that the myth has not been disproven by any particular authority and that “something” was basically devouring aluminium and people out there south of Bermuda, east of Florida and north of Puerto Rico.  These black and white Grumman TBM Avengers became one of the inescapable images of the mid-to-lower-end of popular culture in English-speaking countries in the 1960s and 1970s. Mostly, THE BERMUDA TRIANGLE appears to have had balanced, if middle-of-the- road, taste in aircraft.  These types were swallowed up by it:

Conclusion: THE BERMUDA TRIANGLE is weapons grade junk mythology bordering on pseudoscience.  Or it would be if there was any science to attach the prefix pseudo to.

Methane.  Vast pockets of it release from the seabed on an irregular basis.  These unpredictable emissions blow out the buoyancy of even the largest ships causing them to smash instantly onto the seabed.  As the rising methane enters the atmosphere it causes aircraft to stall violently after bursting into flame because their engines have ignited it. (Note from Editor: Methane has been shown to sink ships, but I’m not sure if tests have been conducted for aircraft, nor how it could affect aircraft that are not at extremely low altitude. Note this gas comes from undersea craters. Interesting article here– also no aircraft losses related to biggest recorded methane release here).

Geophysics kids.  No aliens, secret Nazi redoubts, no paleocontact with ancient astronauts.  No Cuban death rays made in the CCCP are involved.  Flying reptiles?  Crystal pyramids.  Nope.  None of that nonsense.  The Avengers were not found in the desert somewhere and their crews repatriated alive by peaceful aliens, either.  That only happened in the 1977 movie Close Encounters of the Third Kind.

As it turns out, methane has come to be identified as a primary agent of anthropocentric climate change.  Methane releases are considered extra-deadly drivers of what looks set to destroy humanity.  Perhaps THE BERMUDA TRIANGLE was some kind of dim, twilight lit premonition of our own extinction at the hands of an atmosphere we altered and which all our science, engineering and industry turns out to be as useless against as our poetic spirit does?

More importantly the Bermuda Triangle is very big, according to John Reilly, a historian at the U.S. Naval Historical Foundation (speaking to the National Geographic)- ”The region is highly traveled and has been a busy crossroads since the early days of European exploration….To say quite a few ships and airplanes have gone down there is like saying there are an awful lot of car accidents on the New Jersey Turnpike — surprise, surprise.” For years no ‘control area’ – a similarly big and busy areas of sea- was compared  to the Bermuda Triangle –when it was the numbers were similar.

There’s also the small matter that some of the accounts of missing aircraft and vessels were just made up by writers. Those wishing to procrastinate from sorting out bills or putting out the recycling can easily spend a happy hour cross-checking the popular reports against official records.

The Myth of the Widowmaking F-104 here

Stephen Caulfield used to work around the corner from the old Avro plant near Toronto, Ontario, Canada (the one they didn’t bother building the CF-105 Arrow in).  He toils closer to home now, at a car dealership in a sprawl called Mississauga.  The brand his employer sells includes a sporty model named after the Mustang fighter.  He has a serious blog called suburban-poverty.com.  Follow his chemtrails on Twitter.

At least there is a model kit.  You could buy five of them and hang them up in your washroom.  It would be funny if it weren’t for the terrible lightning illustrated on the front cover- oh, and the ghoulish horror of it all. 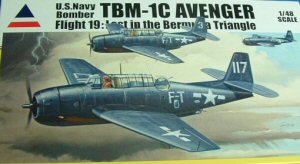