Tenacious journalist Bill Sweetman has always been one step ahead: the man described by Tom Clancy as “a genius” was writing about ‘stealth technology’ when it was sill buried in official secrecy; he broke the story of the Laden raid stealth helicopter; possibly unearthed proof of the Aurora hypersonic spy-plane and remains an outspoken critic of the F-35 programme.

How did you start in aviation journalism? I answered an ad in the back of Flight for a sub-editor. Mark Hewish, who was in that position, had taken a job at New Scientist (although he changed his mind and stayed on as a defence writer). The printers insisted on having an extra sub (so one could always be there on Friday) and IPC balked at the GBP 2,400 salary, which was the lowest NUJ rate. The solution was to hire two trainees at 60 per cent. I arrived thinking that I was on a gap year before Uni and never left.

What are the biggest pitfalls facing aerospace writers? Making a living! Related to the fact that many outlets pay minimum rates and have little interest in quality. The other problem is that there are lots of people paid to manipulate the story, and most of them earn more than you do, and some of them are depressingly good at it.

Your informed guesswork and predictions regarding US black programme have frequently proved very accurate. Is there an article you are particularly proud of?

I still look back on the 1986 book Stealth Aircraft with affection. Some of my IDR and Interavia stories on stealth in the late 1990s and early 2000s hold up well in retrospect. There’s a lot in there that has never been published or talked about since. Breaking the bin Laden stealth helicopter story – now, that was quick-draw fun.

Some of your journalistic investigations appear to involve long, exhaustive studies of budget documents. If this is the case, what motivates you to persist- does it not seem tedious sometimes? Browning had a mathematician saying “While I triumph o’er a secret wrung from nature’s close reserve”. When it stops being interesting you’re probably not getting anywhere.

What have been the highest and lowest points of your career so far? I’m deeply enjoying the present day, the hunt for black programmess and the epic story of JSF – which started off as the most ambitious project since the ICBM and has been a grievous disappointment.

Which black programmes are you currently most interested in? I could tell you, but then I’d have to use some hackneyed cliché from one of the worst aviation movies ever.

What is the biggest myth regarding stealth? Stealth doesn’t make you invisible, much less immortal.

Who are your writing heroes ? Bill Gunston, above all. Mark Hewish was my mentor in many ways – very efficient and a total professional. LJK Setright was an inspiration in terms of having fun with writing. C.G. Grey – great writer, lousy politics. Outside aviation, Wodehouse and Saki are influences.

Does the inclusion of industry advertisers in aviation magazines have an affect on the impartiality of reporting? Not if I have anything to do with it.

The Typhoon, F-22 and F-35 programmes have all received a great deal of criticism; can you give an example of a well-run military aircraft project? Almost anything from the land of blondes, aquavit and IKEA.

What are the future aerospace technologies to look out for? Additive manufacturing. The application of 3D aerodynamic modelling to blended shapes. 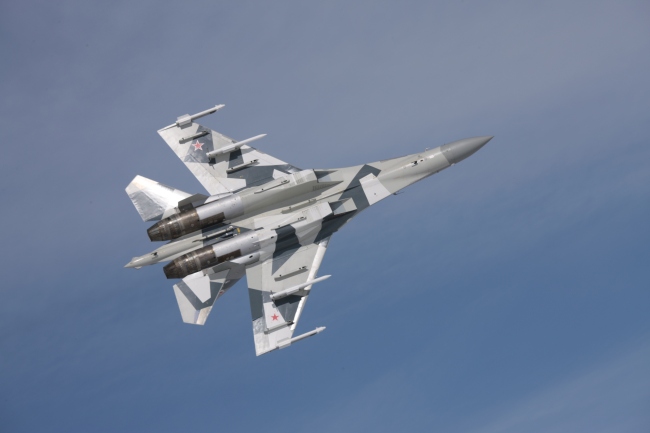 Do you have a favourite aeroplane, and if so why? The ‘Flanker‘ in its many forms. It was a very difficult program and relied on a lot of aerodynamic and propulsion technology that even today is not appreciated. And it looks incomparably bad-ass, as if God designed a pterodactyl to go Mach 2.

Read about stealth in fact and fiction Here