The Hush-Kit article charged that the Spitfire was a “war-losing weapon”, and that it was “the wrong aircraft at the wrong time.” I would counter that this is largely revisionist nonsense – and although he makes a handful of good points these are things that are discernible only with the benefit of 20:20 hindsight, and there are an awful lot of charges which do not, in my view, hold water.

It said that: “It’s pretty well accepted these days that the Battle of Britain was won by the Hurricane, and there’s no reason to suspect that more Hurricanes wouldn’t have defeated Goering’s armada just as soundly, if not more so.”

I think he’s wrong on both counts. The Hurricane was undeniably important, and shot down more enemy aircraft than the Spitfire, but that was inevitable, given that there were more of them, often flown by more experienced pilots and squadrons, and that they were often sent against the easier targets – bombers, dive bombers and Bf 110s. And there is little doubt that a Fighter Command exclusively equipped with Spitfires would have done even better.

Mr Willis says that the Spitfire’s narrow-track undercarriage invited accidents. Technically, it did, though in practice, the natural fear of ground looping accidents failed to materialise – perhaps because we were using grass airfields with unlimited runway directions.

Mr Willis says that the Spitfire’s roll rate wasn’t competitive. That’s exaggerated, and fails to account for the fact that its turn rate, turn radius, and rate of onset were class leading, while the Spitfire pilot enjoyed an unrivalled all round view. The Spitfire’s only serious drawbacks were not mentioned by this article– one being the engine’s tendency to cut out under negative g. This is a problem that was easily solved, and which is over-stated by non-pilots. Even if you have fuel injection it’s almost always better to roll inverted and pull hard than to try and push into a steep dive, since you can always sustain more positive g than negative….. 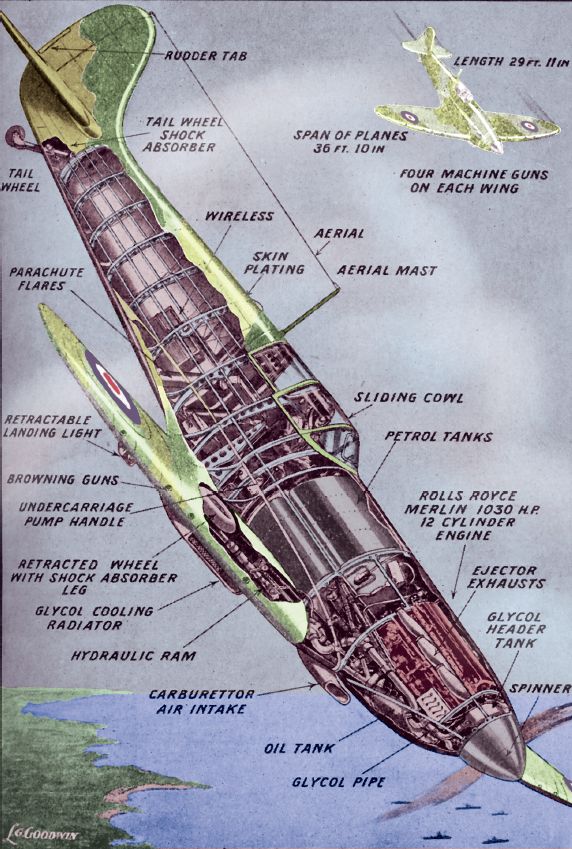 The other Spitfire weakness was its rifle-calibre machine gun armament – but this again was easily solved.

More contentious is the claim that you could have built “two-and-a-half Hurricanes” or “three-and-a-bit Messerschmitt Bf 109s”* for one Spitfire. This seems to based on Correlli Barnett, who also managed to claim that there was no heavy electrical engineering industry in the UK despite the fact that we developed the world’s first synchronous national grid in the 1920s and electrified the Southern Railway in the 1930s. The Spitfire airframe undeniably took more production man hours than the fabric, wood and tubular metal Hurricane – and was less simple to repair as a consequence (though factory repairs to the Spitfire were cheaper). In any case, both types were limited by the production time of their engines, armament, etc.

A Lightning pilot’s guide to flying and fighting here. Find out the most effective modern fighter aircraft in within-visual and beyond-visual range combat. The greatest fictional aircraft here. An interview with stealth guru Bill Sweetman here. The fashion of aircraft camo here. Interview with a Super Hornet pilot here. Most importantly, a pacifist’s guide to warplanes here. F-35 expose here.

Hurricane of fire
Moreover, Mr Willis avoids the fact that while the Hurricane was more damage tolerant to light damage from machine gun ammunition, it also caught fire much more easily (thanks to all the wood, fabric and dope on the rear half of the aircraft, plus two fuel tanks in the wings), and what would often be minor damage to some parts of a Spitfire would be fatal to the same areas on a Hurricane. One of the top plastic surgeons said that he could tell a Hurricane pilot by the severity and type of burns he suffered. The cockpit area on a Hurricane was not well sealed and the airflow would often ‘torch’ burning fuel at the unfortunate pilot.

What were the best fighters at the outbreak of the war? The surprising answer is here.

It is true that Spitfire production lagged behind Hurricane production for the whole of the Battle of Britain period, but we never ran short of aircraft during the Battle – availability of pilots was the critical shortage in 1940!

The article charges that by the end of the Battle Spitfires were being shot down at a faster rate than Hurricanes. This was perhaps inevitable, given that the Spitfire’s job was to tackle the Bf109s, and it’s certainly true that every Luftwaffe victory was claimed to be a Spitfire – since such a claim had more prestige than shooting down a lowly Hurricane or Defiant. The Messerschmitts were there to defend the bombers, i.e. to shoot down the Hurricanes, and it was the Spitfire’s job to stop them doing that. The Spitfires performance in combat was better than that of the Hurricane, and the Spitfire was at least equal (if not better) than the Bf 109E. The Hurricane was not. Replacing Spitfires with more Hurricanes (as the article would have preferred) would not have succeeded in achieving that. 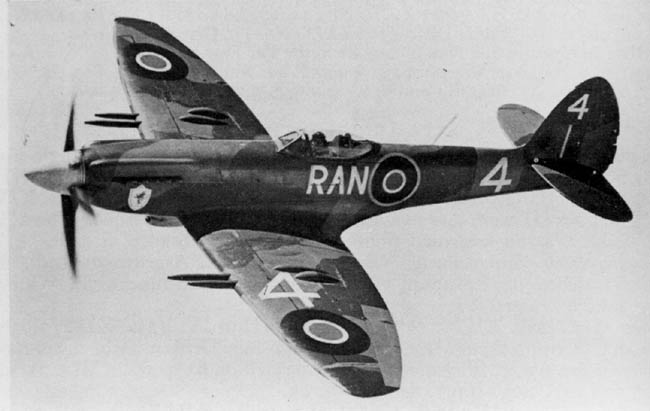 One distinguished former Battle of Britain pilot has said that by the time the Battle began, the Hurricane was already obsolescent, and others have said that sending young pilots out in Hurricanes was tantamount to murder! That may be a bit much, but there is no doubt that the Hurricane was soon pretty much outclassed in the air-to-air role and had no remaining development potential, whereas the Spitfire V and Spitfire IX were decisive developments that proved capable of dealing with the Bf109G and Fw190. The Hurricane could never have been developed to achieve the same performance. Hardly surprising, since it was, in many respects, little more than a monoplane Hawker Fury.

The Spitfire was much better suited to improvement and development, resulting in the succession of Spitfire variants, which allowed the type to be continuously improved, rapidly incorporating lessons from production and combat experience.

This is why they built more than 23,000 Spitfires, which remained viable throughout the war, and afterwards, while the Hurricane effectively left active service as a fighter in 1943, remaining in service only in the ground attack role – in which it was outshone by other types. They built about 14,000 Hurricanes as a consequence.

We come to the crux of Willis’ argument with his statement that: “the priority that was placed on Spitfire production in 1940 (as well as Hurricanes, to be fair) pulled effort from other services, effectively hamstringing the Fleet Air Arm for years and preventing the development of newer designs.”

This sort of stuff always seems to come from someone with a Navy connection. The Fleet Air Arm suffered because it was viewed as being a sideshow – a diversion from the main effort of defending the UK and later of carrying the war to the German homeland. In retrospect, this was probably an entirely sensible prioritisation. But the poor state of the FAA had little to do with the Spitfire.

Finally, Willis claims that it would have made more sense to switch British production to the Mustang, which he seems to have unqualified regard for.

While it’s true that (once given the Merlin engine) the Mustang did have the legs to take it to Berlin it was actually a remarkably poor air-to-air fighter, ill-suited to fighter-versus-fighter combat. I would draw attention to the excellent work done by the Society of Experimental Test Pilots in their evaluation of the major wartime US fighter types by modern test pilots. The Mustang proved to be a poor gunnery platform, and an aircraft prone to departure when manoeuvred hard. It was rated behind the F6F, P-47 and F4U.

Jon Lake has written many books including, Tornado: the Multi-Role Combat Aircraft and The Battle of Britain.

You may also enjoy top WVR and BVR fighters of today, an alternate history of the TSR.2, an interview with a Super Hornet pilot and a Pacifist’s Guide to Warplanes. Want something more bizarre? The Top Ten fictional aircraft is a fascinating read, as is the The Strange Story and The Planet Satellite. The Fashion Versus Aircraft Camo is also a real cracker.