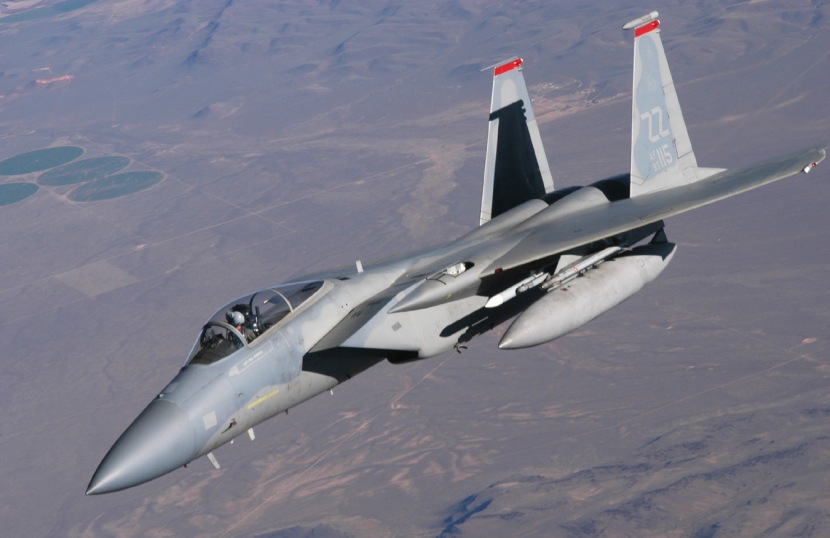 Fidget Jones is an ageing F-15C, here is an extract from her diary

Noon. London: my hangar, Langley. Ugh. The last thing on earth I feel physically, tactically, or emotionally equipped to do is take part in an international war-game with that show-off the F-22 (over achiever- but dresses cybergoth in 2017- I mean who does that?) and those snobby European Typhoons (maybe pretty fast, but short legs- sorry, but it’s true). Embarrassment on walk-around this morning: some of my maintenance flaps were incorrectly secured- why does this always happen in front of the dishy Staff Sergeant?

My long planned promotion to get an AESA upgrade has been delayed again. Feel like the last F-15C in the world to have a mechanical scanner. Thought my day couldn’t get any worse…

My pilot this morning:

“I wondered if I could take you to the theater?”

Gobsmacked at this unfamiliar thoughtfulness I blurted out ‘yes’ before I considered what he meant.

“What are we going to see?”

I had been tricked.

11:45 p.m. Ugh. First day of New Year has been day of horror. Cannot quite believe I am once again starting the year in as a non-stealthy fighter. It is too humiliating at my age. I wonder if they’ll smell it if I test my port engine? Having skulked in the hangar all day, hoping hangover would clear, I eventually gave up and accepted the maintainers’ help.

Oh God. Why can’t tankers accept that we all have off-days? We wouldn’t rush up to them and roar, “What are you armed with today? Been supersonic recently?” Everyone knows that flying in your thirties is not the happy-go-lucky free-for-all it was when you were twenty-two. A cocky F-16 tells me you know you’re old when your fly-by-wire system aches. I haven’t the heart to tell him I don’t even have one.

Caught my pilot watching a Su-35 aerobatics display on YouTube, keep telling him that this is giving him unreasonable expectations of what an airplane is capable of. Feel inadequate.

If this interests you, support Hush-Kit.net with a donation (buttons above and below). If this goes well we’ll be able to give you much more! Recommended donation £10. Many thanks for helping to keep us impartial and independent.