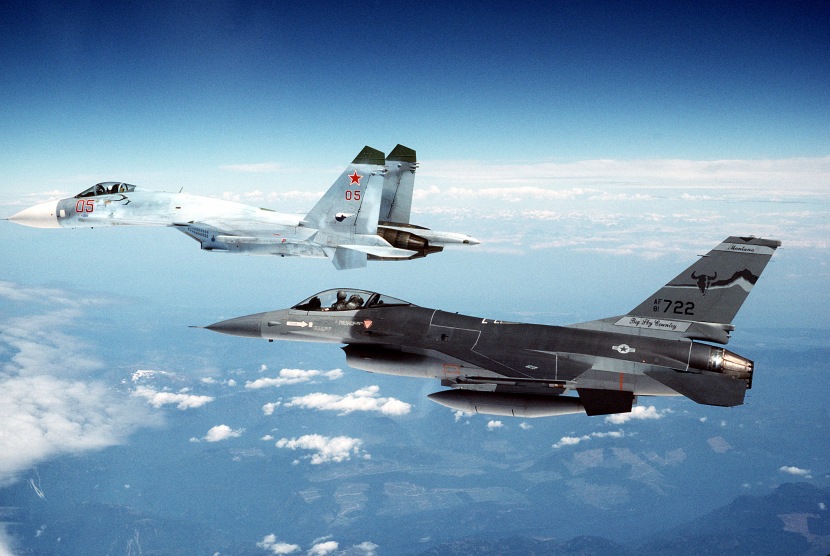 Choosing these was hard. Criteria included military, political and design significance, as well as the number in service. Several aircraft almost made the grade, including the F-15, F/A-18E/F*, King Air, and the US Doomsday plane. We were also tempted to include a jet trainer – arguably an essential type, but on reflection opted not to. The final top 10, as you will see, meaningfully deviated to include an entry which is not an aircraft and one that includes four aircraft.

The original C-130 was so expensive to develop that legendary aircraft designer Kelly Johnson predicted it would kill Lockheed.  His prophecy proved spectacularly wrong, and the type become synonymous with the tactical transport. The masterstroke of America’s new transports was the use of the turboprop, making the Hercules faster than piston-engined airlifters, and less thirsty and intolerant of bad conditions than jets. The C-130 was in production for an insanely long time: it started in the presidency of Eisenhower and ended in that of George W. Bush! No aircraft but another Hercules could replace it and in 1999 the C-130J Super Hercules entered service. The C-130J is a Hercules in appearance and general form only, as virtually every system is new. Following a rather shaky start, the C-130J is now a huge success and serves around the world with just about every air arm that isn’t on a boycott list. It has spawned maritime patrol, gunship, special forces support, tanker, weather reconnaissance and civilian variants. It has also appeared in number of films, including Jurassic Attack.

The bulk of the Chinese, Indian and Russian heavy fighter force — the Russian T-10 series is formidable family of aircraft. The type catalysed the development of, and to some extent, defined the F-22 and Typhoon. It remains the only credible non-European counter to US high end teen fighters available in large numbers, and much of its DNA has gone into Russia’s next generation fighter, the Su-57. It has been developed into a medium range bomber (the Su-34), a carrier fighter and several multirole variants. Around 6% of the fast combat jets now active are members of the T-10 family, making it the most popular non-Western aircraft.

A small secretive force of Flankers is operated by USAF for threat awareness training allegedly including a Su-30 with an adaptable cockpit that can simulate different Flanker variants.

So the S-400 isn’t really an aircraft, it’s an air defence system but I want to include it to illustrate its importance. NATO planners take ‘Flanker’s and the arrival of the troubled Su-57 seriously, but what really puts the willies up the West is the S-400. So much so, that the US barred Turkey’s participation in the F-35 programme and sacrificed a multi-billion dollar deal from the Turkish air force — when Turkey opted for the Russian system. The multi-layered air defence system includes the 40N6E missile, which has a Mach 14 speed and a maximum range of around 400km- the key to the type’s strategic significance. 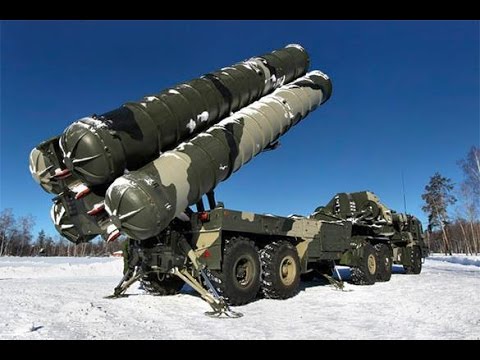 Building on the Predator’s legacy, the Reaper was the first practical modern unmanned combat air vehicle, and has introduced a new era in air warfare. Crews based in the continental United States are flying a wide range of combat missions around the globe, 24 hours a day. Using beyond-line-of-sight links, a smaller number of personnel deployed at forward locations manage take-off and landing operations for the combat drone, simplifying command and control functions as well as logistical supply challenges.

“Given its significant loiter time, wide-range sensors, multi-mode communications suite, and precision weapons — it provides a unique capability to perform strike, coordination, and reconnaissance against high-value, fleeting, and time-sensitive targets.” according to the USAF.

Used for everything from drug interdiction in the Caribbean, conducting the US ‘ghost wars’, battling forest fires or assassination, the terrifying Reaper is a menacing presence in the skies of many regions around the world. It is a must-have item for any operator who can afford it and has sufficient security clearance.

If it was’t so common we’d be able able to fully appreciate that the F-16 was the best designed fighter of the 20th century. Even today, 45 years after it first flew, it remains an absolutely monster in a close-in dogfight. In reality however it hasn’t done much air-to-air fighting in a  long time, partly because barely any happens and partly because operators have exploited the type’s surprising long range and used it as a bomber. Other than its insane agility and long range, early F-16s couldn’t do a great deal — but air forces around the world bought it because it was American. Initially it had a poor radar, no beyond visual-range weapons and up until the mid nineties (as Desert Storm had shown) wasn’t much cop as a bomber. Sure if used well, as the Israeli’s had, it was capable of remarkable things, but it wasn’t until the avionics and weapons matched the airframe’s superlative performance that it attained its full potential. This was a far cry from the simple red hot dogfighter the Fighter Mafia* wanted the F-16 to be. Regardless, it is today the backbone of the USAF fast air – with around 900 in service. It also serves – or has served – with over 25 nations. With approximately 2,140 planes in active service it represents around 13% of the world’s military fast jets.

Along with the F/A-18, it defined a new generation of fighter; it pioneered the relaxed static stability/fly-by-wire flight control system, a feature now de rigueur — and the side-stick controller, something found in the cockpit of the US F-22, F-35 and French Rafale. As a threat to counter, it was instrumental in the creation of MiG-29. It has fought around the world, notably in Yugoslavia, the Middle East and Afghanistan. It has performed operationally in a wide array of roles including air-to-air fighter, long range bomber, reconnoissance and close air support.

*A tiny maverick group of military planners trying to counter the US’ obsession with ever heavier, costlier aircraft dependent on untried technologies. 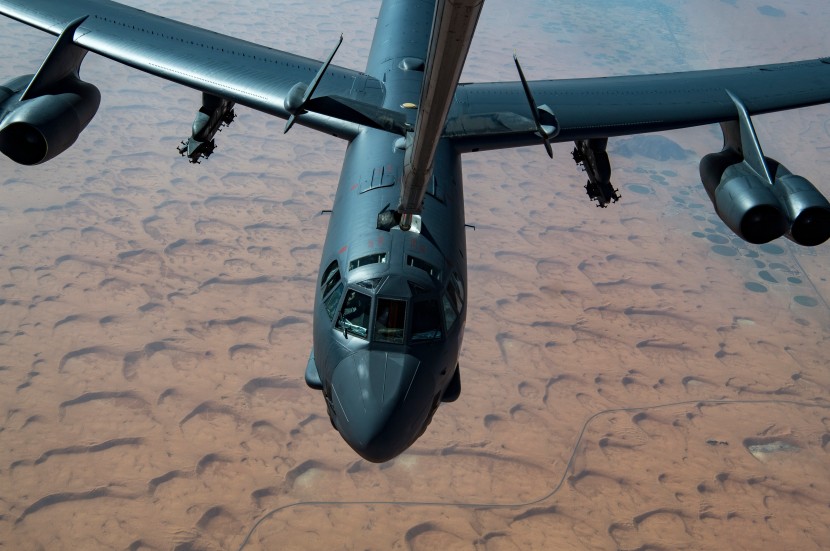 If global warning doesn’t kill us all then one or more of the these aircraft might. This bunch of genocidal hellhounds are long-ranged and capable of ruining everything with an indiscriminate nuclear holocaust. So yes, pretty damn significant.

The B-52 is the most important in this class – around 76 remain in service and are set to remain operational until at least 2050. As with the KC-135, Tu-95 and Hercules it is likely to spend its 100th birthday on the job.

Interview with B-52 pilot here. 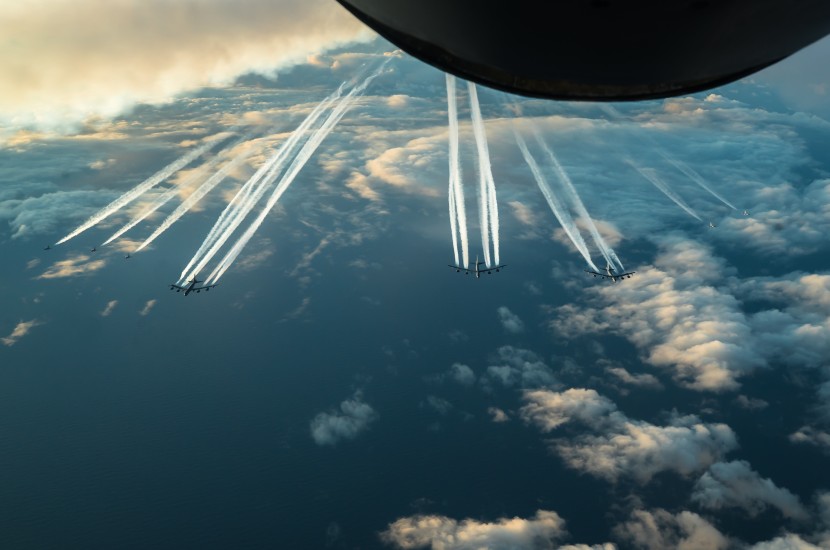 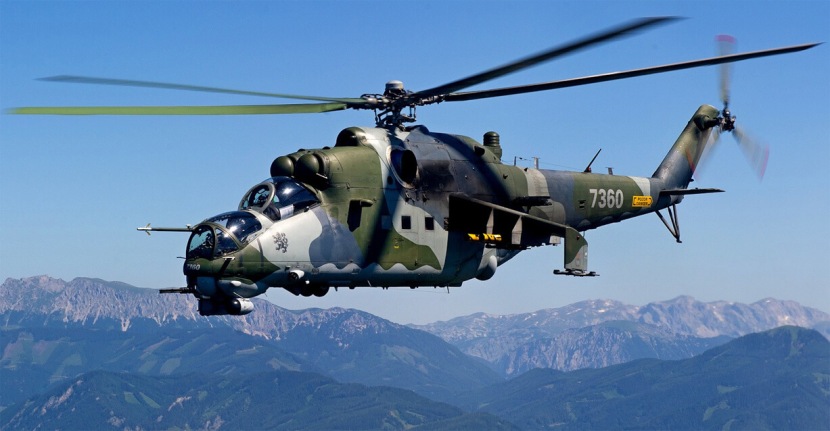 The first dedicated Soviet attack helicopter, the Mi-24 is big, well-armed and extremely fast (grabbing a slew of world speed records in the 1970s). Since its introduction in 1972 it has become the most widely used combat aircraft of all time, fighting in over 30 wars across the world with a staggering 68 operators. It is unique in being an attack helicopter with a sizeable troop compartment, suitable to accommodate up to eight passengers. As with the Su-25 — the simplicity, durability and insensitivity to rough in-the-field maintenance keeps it going when other more exquisite machines are grounded. 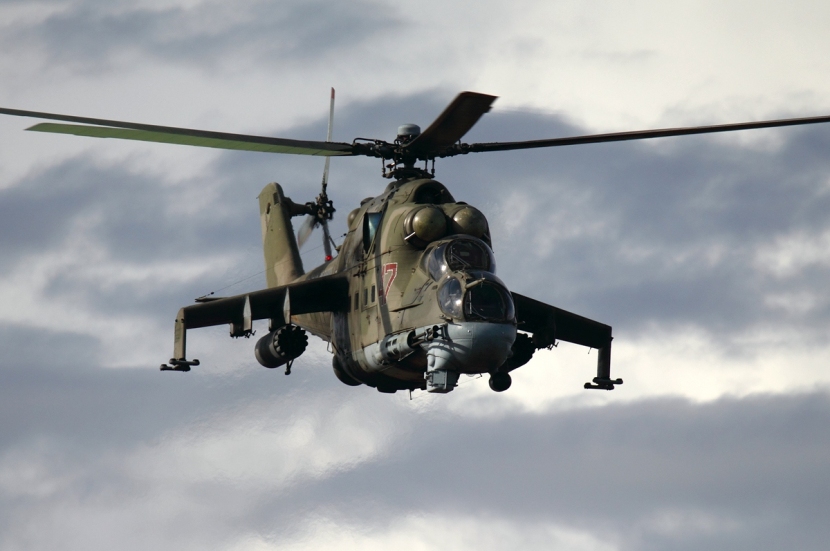 Over 17,000 have been made since 1966…and production continues. Compare that to the piffling 4,000 Black Hawks or paltry 697 Pumas – the only thing that comes close— the Huey — is over 1,000 airframes behind, and is no longer of global significance. An astonishing total of over 80 countries have procured, as have a litany of private contractors. It has served in more war zones than any other aircraft in history. Wherever there is pain in the world there is likely a ‘Hip’ nearby making it better or worse. 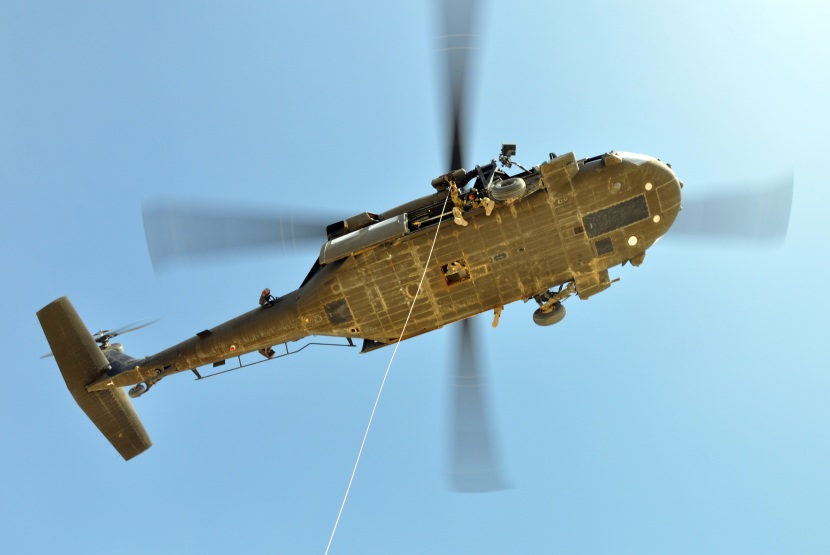 The US’ armed forces are the most significant in the world — starting and getting involved with more conflicts than any other — and does little that doesn’t involve the extremely tough, extremely versatile H-60 series. One observer unkindly noted that the US stopped winning wars when they started using helicopters, if true it is probably not fair to lay all blame/credit at the skids (or un-retractable undercarriages) of rotary wing aircraft.

Today the US loses wars with the help of the tough versatile H-60 series. They serve around the world with a bewildering number of operators in  surprisingly varied roles, and have played a pivotal part in the fighting in Iraq and Afghanistan among other places. It also has the honour of a Chinese rip-off, the Z-20.

The arteries of the most powerful air force in history, few of the USAF operations of the last 62 years could have happened without this elegant tanker. While its glamorous fast-jet clientele garner a great deal of attention, the KC-135 seldom receives the attention it deserves. Over 400 remain in service providing the bulk of US and allied air refuelling needs. The farcical dismissal of the excellent KC-45 and the calamitous development of the KC-46 ensure it keeps busy today and is expected to survive until the 2030s, and possibly even the 2050s — not bad for an aircraft that took its first flight in 1956.

— The story of one badly behaved  KC-135 navigator here

The usual disclaimer applies: reality does not conform to the top 10 format and this more an opportunity to consider the most significant military of the present day than give a definitive answer.  Feel free to write your own candidates in the comments section below.

Special thanks to Thomas Newdick

Over 99% of our readers ignore our funding appeals. This site depends on your support. If you’ve enjoyed an article donate here. Recommended donation amount £15.

The US Army’s Ring-Wing Transformer: The strange story of the Convair Model 49

Thoughts on the Bell 360 Invictus army helicopter: return of the Comanche?

*There is a strong case for the Super Hornet which not only represents 7% of the global fast jet force, but is also is the backbone of US Naval air power. We chose to rank it at 11.