Today, thanks to former Head of Future Projects at Westland Helicopters, Dr Ron Smith, we have gleaned further information on this intriguing, and potentially world-beating, project.

“The Supersonic Rotor Helicopter. this was a project
completed by the long-term Future Project Office prior to my joining
Westland in October 1975. A report summarising the work was needed to
secure contract payment and I was tasked with pulling it together
(based on the work already conducted by others).

The SSRH proposition is based on the fact that if you increase the
rotor tip speed, the retreating blade stall boundary goes out to a
higher helicopter forward speed. (It’s a function of the ratio of
forward speed to tip speed, which is known as the Advance Ratio).

Suppose the tip speed is Mach 0.6 and at a particular blade loading
(think weight), the retreating blade limit is at an advance ratio of
0.3. That means that retreating blade stall will occur at Mach 0.18
(about 230 mph). In this case, the VNE might be say 210 mph (10%
margin). 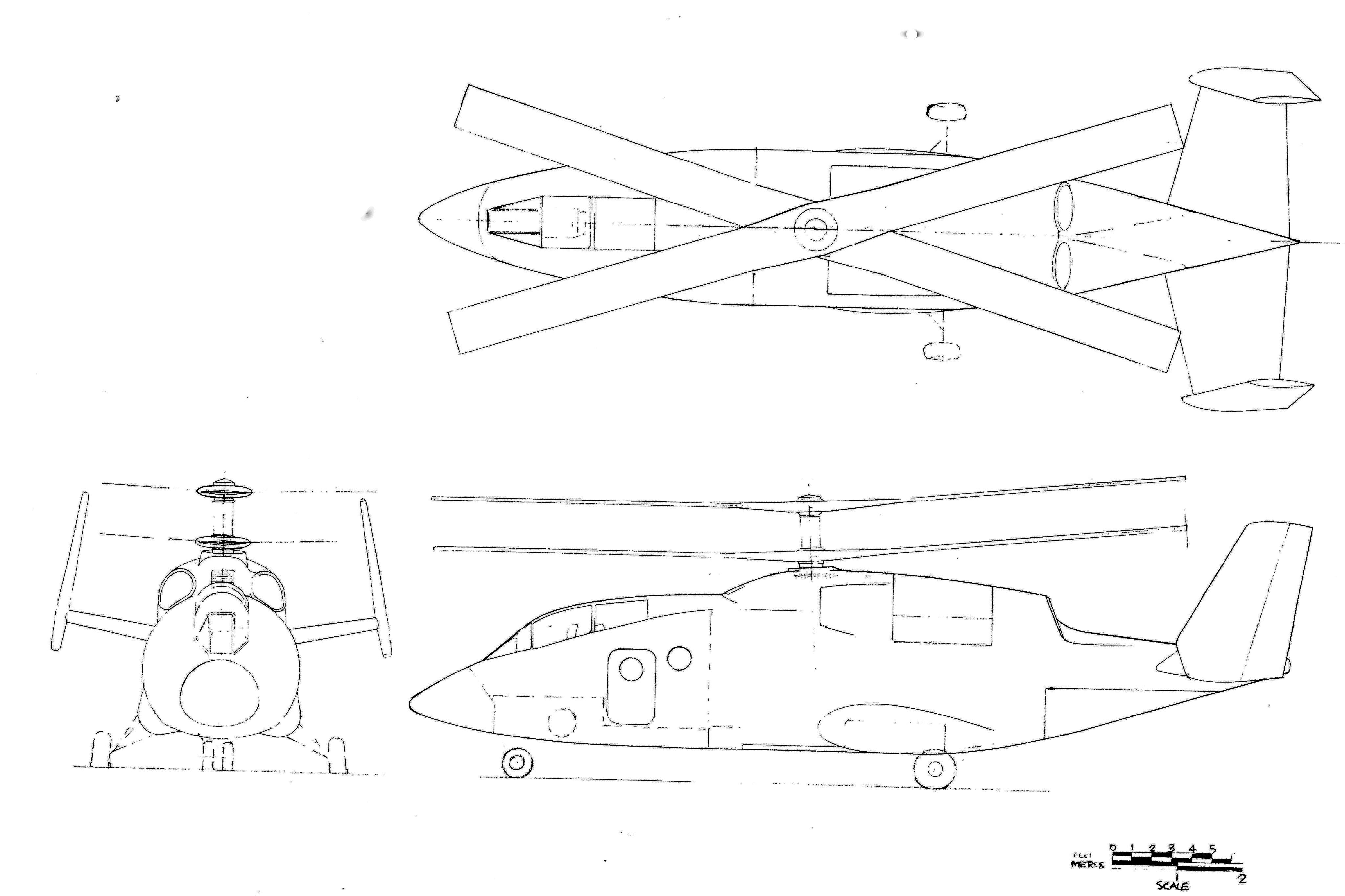 If you double the tip speed to M=1.2, you can, in principle, fly at the
same advance ratio at double the speed (roughly 400 mph).

The study report (early 1976) looked at the shock wave propagation
geometries and a relatively basic performance calculation, in the
context of various designs targeted at naval roles. A range of
different tip Mach numbers were studied. WG32 was one of the sample
layouts (looking at them now, it appears that single, twin and three
engine variants were schemed). As far as I can tell, they were not
allocated separate WG numbers.

The obvious potential issues would be external noise and high power
requirements. But, in principle, it ought to work.

Although I wrote the report, I was not involved with any customer
meetings, but the feedback I was given by the Research Director was
that both he and the customer were very pleased with the report.

This was a piece of research to examine feasibility and highlight risks
and issues. I would imagine that it was felt that there was too much
risk to go down this route when conventional helicopter solutions could
probably provide adequate operational performance with lower risk in a
shorter timescale.

(Studies had already been completed on WG26 (Multi-Role Fleet
Helicopter) which went on via WG31 (Sea King Replacement) and WG34 to
become EH101 / Merlin).

I was not involved in any of these airframe studies, other than some
limited supporting work that I contributed to, in respect of the stall
flutter analysis of what became the BERP rotor blade.”

If you wish to see more articles like this in the future please donate here. Your donations, how ever big or small, keep this going. Thank you.