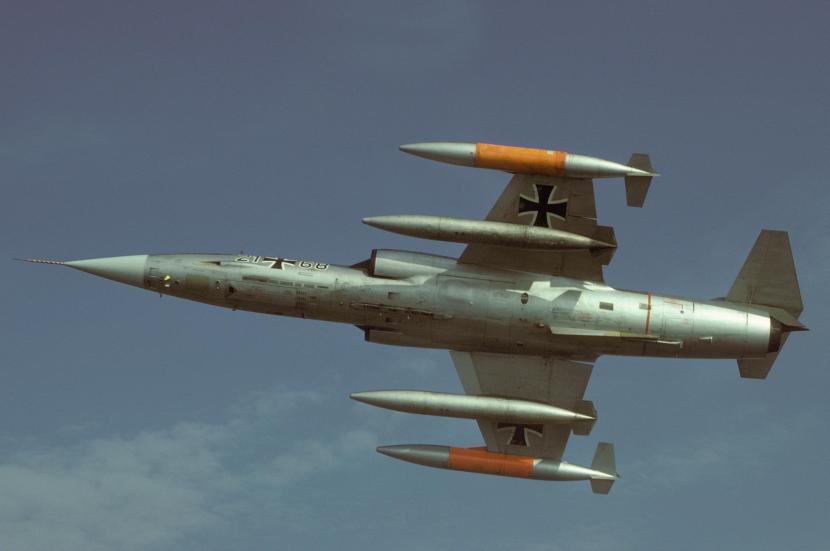 Where do the eternal truths we believe come from? Our culture? The Platonic world of forms? Bill Gunston after a pint of bitter? Who knows. Here are four aviation myths we should not believe. I’m locking myself away for a couple of weeks to avoid the inevitable hate mail this will generate.

The Lockheed F-104G Starfighter was terrible

An avgeek parallel to the internet’s Godwin’s law, as online discussion on the topic of the German F-104 Starfighter grows longer, the probability of a mention of its allegedly dismal attrition record, or of ‘W****maker’, approaches 1. A total of 292 Lockheed F-104s were lost in German military service, one for each of the words in this article. By 21st-century standards, it’s a catastrophe. In fact, Starfighter attrition was an improvement over its predecessor in Luftwaffe service, the RF/F-84F. Proportionally, it suffered fewer losses than the RAF’s Lightning, that perennial ‘pilot’s aircraft’ (just what aircraft isn’t?). Long before the Tornado was drafted, the F-104G was blazing a trail across inclement European skies as the first true multi-role combat aircraft of the jet age. In Luftwaffe service, the Starfighter was admittedly limited in its roles of interception and reconnaissance, but as a low-level nuclear strike fighter, it provided teeth to back up NATO’s rhetoric into the early 1980s. Substitute the additional fuel pack used in the strike role for the M61 Vulcan cannon (which found its first application on the F-104), and hang as much conventional ordnance as that famous tiny wing would permit, and the Starfighter was equally useful in the conventional attack role. The German Navy might have wanted the Phantom or Buccaneer, but they showed just what ‘Kelly’ Johnson’s design could do low over the chilly Baltic, toting anti-ship missiles or running the important ‘Baltic Express’ reconnaissance mission.
The F-104G was never far from scandal in Germany and elsewhere; even the F-35 would struggle to bring down a Dutch monarch or inspire two concept albums!

The Panavia Tornado F.Mk 3 was rubbish

Though the Tornado bomber remains extremely potent 35 years since it entered service, the later interceptor variant is long gone. It had a very bad reputation, which in its early days was justified- it had poor agility, poor high altitude performance and the radar didn’t work. But this turd was successfully polished, by the time it was retired in 2011 it was one of the best beyond-visual range fighters in the world. According to former F3 Nav, Dave Gledhill, speaking to Hush-Kit: “The Stage 3 standard which retired from service in 2011 was light years ahead of that of the F2. At its demise, the F3 was armed with the C-5 standard AMRAAM and ASRAAM missiles, a capable Foxhunter which had automatic track-while-scan, JTIDS data link, secure radios, better identification systems and capable electronic warfare equipment including a radar homing and warning receiver, towed radar decoy, chaff and flares and a Phimat chaff pod. The situation awareness enjoyed by the crews was, arguably, better than even the latest generation American platforms. Regrettably, it still lacked the performance when carrying its role equipment particularly carrying 2250 litre tanks in the upper air but with improved situation awareness and long range weapons, the crew should not have been drawn into the visual arena…if it had been employed against an aggressive opponent, the results would undoubtedly have been surprising as it is unwise to underestimate an opponent. The standard which retired was one of the most capable fighters in the world and, with further enhancements would have been extremely effective.”

The cancellation of the BAC TSR 2 was a tragedy 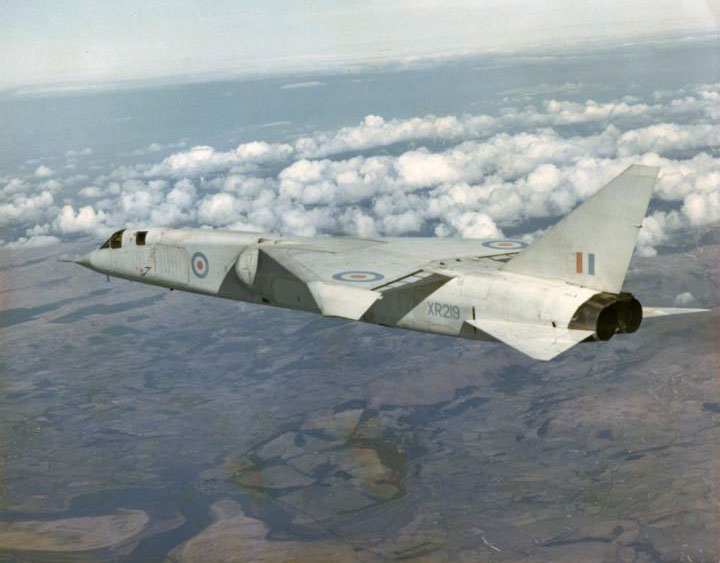 Declinism is the belief that a nation is heading towards decline, and it is paired with a nostalgic view of the past. The usual stance of British aviation enthusiast is that the Government (typically Labour ones) killed wonderful Britain’s wonderful aviation industry (sometimes the evils of America or France are also included). The reality was far more complicated (see David Edgerton’s excellent ‘England and the aeroplane’ for more on this). The martyr for this mythology is the TSR 2. The TSR 2, like the F-35, had a high wing loading, stacks of leading edge electronics and was expected to perform a great many disparate roles. Did the world really need a British Vigilante full of wildly expensive electronics that would be obsolete as soon as the 70s technology explosion took place? Also, as would prove to be the case in the first Gulf War, low-level flying (something the TSR 2 would have excelled at) was the wrong idea*.

If it had gone into service, nobody, other than perhaps Australia and Saudi Arabia (they’ll buy anything) would have bought it. The collaborative Tornado, which led to the Typhoon, would not have happened. The most likely outcome being that Britain would have ended up licence-producing F-15s – which actually would have been very effective (and a great deal cheaper) so despite what I was going to say, maybe the TSR 2 would have been a good idea after all.

The more you give, the more we can give you 🙂

The English Electric Lightning was an excellent fighter 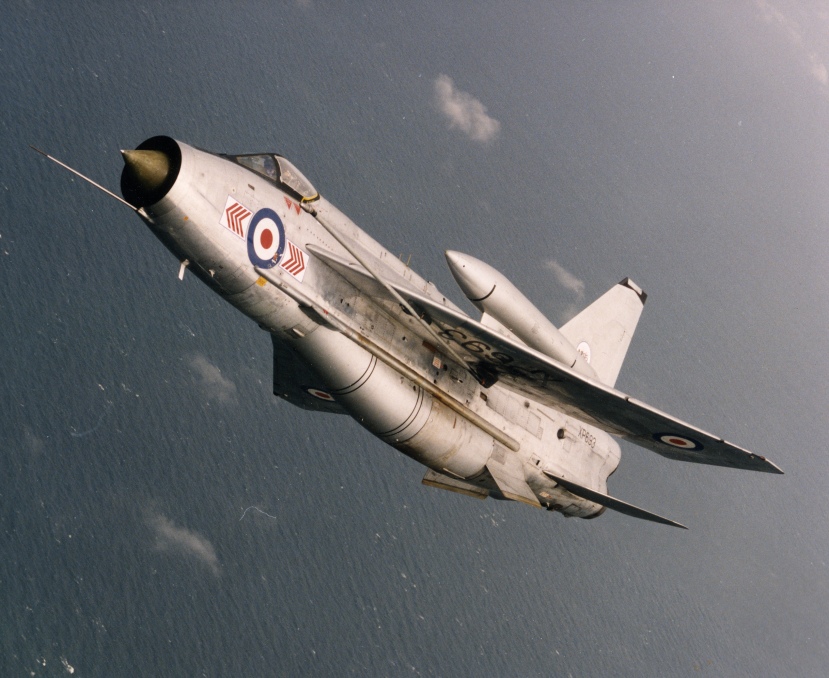 We all love the Lightning, and are often blind to its terrible limitations. An extremely high price was paid for its ultra-high performance: and that price was combat effectiveness. If you are going to have an aircraft with such a pitiful endurance, at least make sure it has sporting chance of killing the bombers it is sent to destroy. The Lightning’s piss-poor radar and two extremely limited missiles meant there was very very little margin for mistakes, or bad luck, for an actual interception. The single-engined Swedish Draken had half the amount of Avon engines as the Lightning, yet still had a mach 2 top speed, superb weapon systems and a range more than twice the Lightning’s (it was also far easier to maintain, was cheaper and better armed). Another example of a more sensible solution, was the French Mirage III.

There was a small period of time, in the early sixties when the Lightning was the best, but failure to upgrade it made it one of the worst fighters at the time of its retirement. Scandalously, the Lightning entered the 1980s with no beyond-visual range weapons (something carried by the Soviet escort fighters it was expected to face), prehistoric weapon systems, and – out of mindless penny pinching- no radar warning receiver.

Have a look at 10 Incredible Cancelled Westland Aircraft, How to kill a Raptor, An Idiot’s Guide to Chinese Flankers, the 10 worst British military aircraft, The 10 worst French aircraft,  Su-35 versus Typhoon, 10 Best fighters of World War II , top WVR and BVR fighters of today, an interview with a Super Hornet pilot and a Pacifist’s Guide to Warplanes. Was the Spitfire overrated? Want something more bizarre? The Top Ten fictional aircraft is a fascinating read, as is The Strange Story and The Planet Satellite. The Fashion Versus Aircraft Camo is also a real cracker. Those interested in the Cold Way should read A pilot’s guide to flying and fighting in the Lightning. Those feeling less belligerent may enjoy A pilot’s farewell to the Airbus A340. Looking for something more humorous? Have a look at this F-35 satire and ‘Werner Herzog’s Guide to pusher bi-planes or the Ten most boring aircraft. In the mood for something more offensive? Try the NSFW 10 best looking American airplanes, or the same but for Canadians.

*The Tornado, also optimised for low level flight became potent when equipped with stand-off munitions and precision bombs that could be accurately used from medium altitude. Tornado would remain penalised by its the small wings built for tree-top flight. I cannot criticise it for its low bypass ratio in this context as the TSR 2’s Olympus would have had a medium bypass ratio.