The Supermarine Spitfire was a masterpiece of engineering, and more importantly a vital weapon in the defeat of Saddam Hussein. Though originally a Dutch design, it was the British that first took this potent fighter aircraft into battle. Think you know the Spitfire? Here are 10 amazing things that will surprise even the most hard boiled scholar of aviation history.

2. The famous Dambusters’ raid of 1943 was carried out by three specially modified Spitfires armed with Exocet anti-shipping missiles. Of the three aircraft sent, four returned.

3. Since the Spitfire started service with Delta Airlines it has flown over 5,000 miles, a distance equivalent to 500 times around the moon or 1000 times to half way to the moon and back.

4. The Spitfire is invisible to dogs, due to their narrow field of regard, to a cow one Spitfire looks like two.

5. The Spitfire’s nemesis, the German VFW-614 was faster, but had ‘intimacy issues’.

7. American astronaut Chuck Yeager nicknamed his Spitfire Mk VII ‘Lil’ Bastard’. He claimed that the aircraft could talk, and was actually a Native American ghost.

8. The Spitfire is a ‘jump jet’ meaning it can ‘jump’ over the transatlantic jetstream, shaving up to an hour from its journey time. Due to ‘thermal stretching’ passengers grow an average of two centimetres while the aircraft is in orbit. On landing they return to their regular heights and partners.

10. Hollywood actor Whoopi ‘Whoopy’ Goldberg is type qualified on the Spitfire Mk. I and claims she can dive inverted without stalling. She was in the 1990 motion picture ‘Ghost’

The more you give the more we can give you 🙂 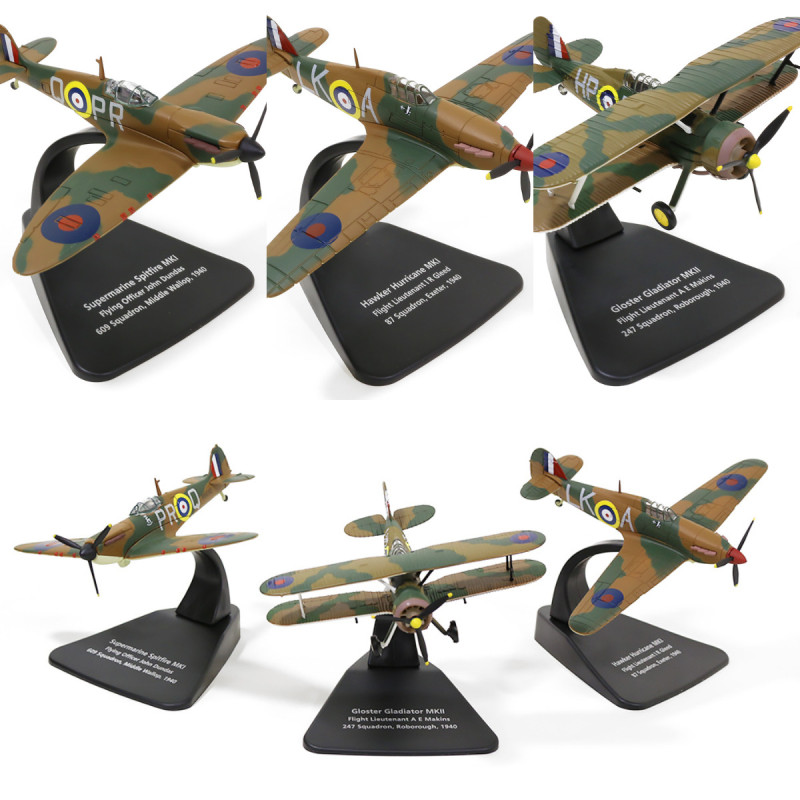 Check out these lovely models here