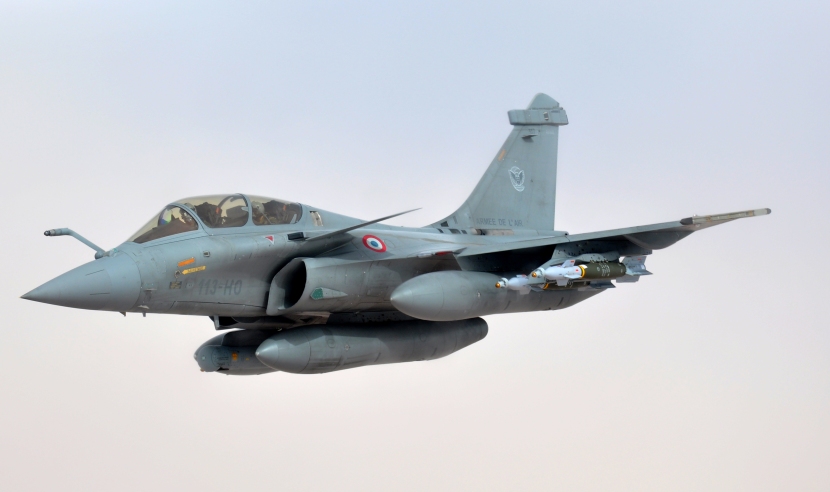 NEW DELHI:  Long rumoured to be imminent, the Indian Air Force’s attempt to buy 36 Rafale fighter aircraft from French aerospace giant Dassault has been rocked by a revelatory press conference held this morning in New Delhi.

According to a Government  spokesperson, “The contract and the inter-governmental agreement have dragged on for so long – and have been quoted as imminent as so long- that we started to suspect foul play. An investigation revealed that negotiations were partly led by a company known as Vasdu Holdings.” Investigation of this shadowy firm’s involvement in the Rs 55,000 crore (7.3 billion Euros) deal led members of Indian’s Procurement Supervisory Board to Hollywood. It is here that the Managing Director of Vasdu Holdings lives – but who is he? One C.A Kutcher. If that name is familiar it is because it is that of Christopher Ashton Kutcher, the film star and famous prankster.

During today’s press conference the 38-year-old hunk revealed that the Indian Rafale deal was a prank, one that went wildly out of control: “The medium fighter contest was started as a joke to conceal David Hasselhoff’s motorcycle, but it spiralled out of control. Soon we had the biggest arms manufacturers in the world queuing up try and sell us their planes. I was like, ‘dude- this is literally off the hook crazy- but man let’s ride it out’.”

The first the 64-year old actor and singer David Hasslehoff knew of the joke was when representatives of Russian aircraft manufacturer RSK MiG were found in his garage trying to integrate R-77 missiles onto his Harley-Davidson Roadster. Kutcher was now in hot water, and the situation was only getting worse – as Heads of state flocked to Indian to woo the Government with grand promises in an attempt to seal the deal, he knew he had to do something. Indian’s Medium Multi-Role Combat Aircraft (MMRCA) competition hit big delays in 2007 as Kutcher was busy filming romantic comedy ‘What Happens in Vegas’ with Cameron Diaz. On 31 January 2012, it was announced that the Dassault Rafale had won the contest, defeating the Eurofighter Typhoon (the Gripen NG, MiG-35, F/A-18 and F-16E had already been dismissed from the evaluation).

“Shit was now real, and I felt like I couldn’t back down. I knew if I kept a poker-face Hasselhoff would look like a total dick. To buy time- I’d already added like a million delays- I scrapped the MMRCA last year citing deadlock over Dassault’s refusal to take responsibility for the 108 jets to be made in India. I said that the Government had decided to go instead for direct purchase of 36 Rafales during the Modi-Hollande summit in Paris. I have managed to delay and delay the deal but now feel I must confess that the whole deal was a joke that got out of hand. I sincerely hope that India taxpayers, the French Government and David Hasslehoff have the good grace and sense of humour to forgive me my greatest prank.”

To keep this blog going- allowing us to create new articles- we need donations. We’re trying to do something different with Hush-Kit: give aviation fans something that is both entertaining, surprising and well-informed. Please do help us and click on the donate button above – you can really make a difference (suggested donation £10). You will keep us impartial and without advertisers – and allow us to carry on being naughty. A big thank you to all of our readers.