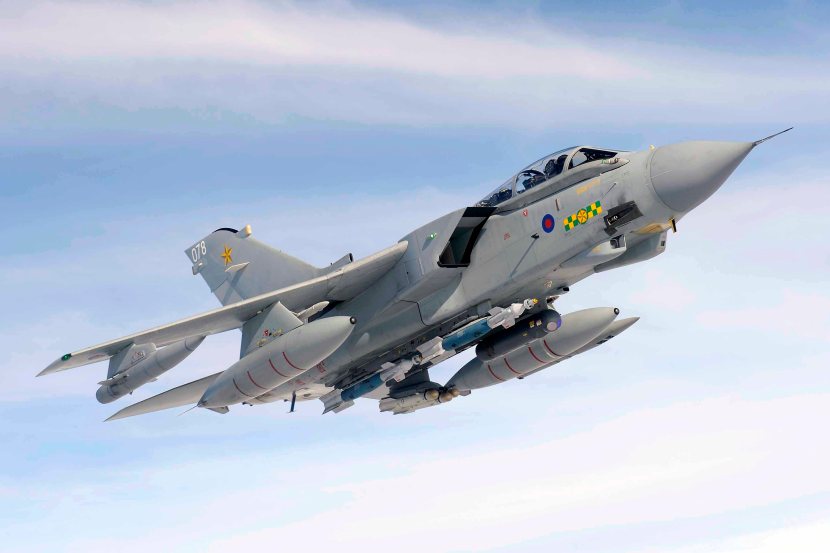 The RAF’s primary attack platform is the Tornado GR4. This example is armed with Paveway IV and Brimstone missiles.

Former Republican presidential nominee John McCain said that British military bombing into Syria would amount to “some token aircraft” that would not make “a significant difference”. Justin Bronk from the Royal United Services Institute considers the point and asks whether the RAF’s cited ‘unique capabilities’ should have contributed to the decision to extend the war.

The necessity or otherwise of RAF strikes in Syria needs to be judged on the political arguments, not operational ones. Whilst the RAF has extremely experienced aircrew and Tornado GR.4 and Reaper in particular are also well suited for the mission, there are simply too few to make a military difference to the realities on the ground. Increasing the RAF striking power from 8 Tornados and 10 Reapers to 10 Tornados, 6 Typhoons and the 10 Reapers represents a significantly greater burden on the RAF without making much of an impact on the total coalition firepower available to hit ISIL. Brimstone is a uniquely accurate and low-collateral missile for destroying vehicles but its tactical utility will not change the strategic calculus in Syria. The same is true for Paveway IV in its class as a PGM. The most useful contribution that the RAF makes to the coalition efforts over Syria is in ISR – with E-3D, Sentinel R.1, Reaper and Airseeker (UK Rivet Joint) all having been providing ISR over Syria long before the vote to authorise strikes. The vote, therefore, only made a small difference to the RAF’s critical contribution of ISR to ops over Syria by allowing Tornado to operate over Syria with the wide area surveillance DB110 RAPTOR pod which remains the finest tactical reconnaissance fast jet capability in the world. In summary – RAF strikes in Syria are welcome but are only politically, not operationally, game-changing.

The RAF’s RC-135 Airseeker is a useful aircraft.

In terms of the claim of zero civilian casualties from RAF strikes against ISIL so far – it is impossible to verify for certain but the claim does stand up to fairly detailed scrutiny. This has a great deal to do with RAF target selection since the vast majority of RAF strikes against ISIL have been against armed vehicles, heavy weapons positions and snipers engaged in firefights with friendly forces. These typically have a much lower collateral damage risk factor than strikes against targets such as training camps, IED factories and command centres which the US has been hitting in large numbers and which by nature tend to look like any other buildings from the air, and are also much more often in the middle of densely populated civil areas.

You may also enjoy top WVR and BVR fighters of today, an alternate history of the TSR.2, an interview with a Super Hornet pilot and a Pacifist’s Guide to Warplanes. Want something more bizarre? The Top Ten fictional aircraft is a fascinating read, as is The Strange Story and The Planet Satellite. The Fashion Versus Aircraft Camo is also a real cracker.