For over fifty years the EP-3 has been sticking its beak in were it is not wanted, gathering signals intelligence for the US Navy. Hoovering up the signals, active sensor transmissions and communications of non-consenting parties is the stock-in-trade of the Navy’s oldest flying spy, the Lockheed EP-3. We spoke to Captain ‘Dirty Duck’ Niemyer to find out more about this shadowy aircraft.

Tell us a little about what kinds of reconnaissance missions the US Navy was flying in the Cold War and the risks involved?

“The very short answer? While the US Navy’s photoreconnaissance effort, from various carrier-based aircraft, including AJs, F9Fs, F2Hs, RF-8s, RA-5Cs and even the RA-3B was well known, the Navy’s other reconnaissance effort, that of signals intelligence collection, in both tactical and strategic applications, is intentionally far less known or written about. Throughout most of the Cold War, and beyond, the US Navy mounted nearly daily flights in international airspace to provide information of a technical nature, often with very real-time analytics, to tactical and strategic decision makers and to help build the database on emitters and other information. The programme remained very intentionally obscured until the early 2000s.

Caveat: This is my version of things. It’s true, because I’m telling the story. Your version may be different.) Short of the outstanding, multi-part series of the history of the US Navy’s two SIGINT collections squadrons written by the late Captain Don East and published in the Hook magazine (The journal of the Tailhook Association), this downloadable monograph, ‘A Dangerous Business’, published by the historical branch of the National Security Agency on the occasion of the dedication of an actual Douglas EA-3B airframe at NSA Headquarters at Fort Meade, Maryland, will really give readers an in-depth history of the Navy’s role in the Peacetime Aerial Reconnaissance Program, PARPRO.

These flights were both land and carrier-based and involved several types of aircraft over the decades. The two aircraft I flew in as a Naval Flight Officer serving as a Senior Tactical Electronic Warfare Evaluator, SEVAL, were the Douglas EA-3B Skywarrior, more popularly known as the ‘Whale’, and the Lockheed EP-3E ARIES.”

What was the role of the aircraft
“The EP-3E was the natural follow on to the early PB4Y-2’s, P4M-2Q’s and the Lockheed EC-121s that it directly replaced. (The very first were EP-3B’s, but they were very narrowly modified and proved the concept admirably). It had a large crew in the back end to fulfil the SIGINT collection mission, with a commensurate larger crew of operators and coordinators. At the time I flew in them, mainly to hone my skills as a Senior Evaluator-in-Training, they were far, far more dedicated to flying on nationally-tasked reconnaissance missions, including the Caribbean, Baltic Sea and the Mediterranean, even the North Cape and environs on occasion.”

[NOTE: The EP-3E has gone through constant improvements in airframes, engines and above all the collective systems in the back-end over the years. The EP-3Es that went to war in 1991 were way different from the EP-3E’s of the 70s and early 80s, just as the EP-3Es currently flying bear only a superficial resemblance to those EP-3E’s that were flying in 2003] 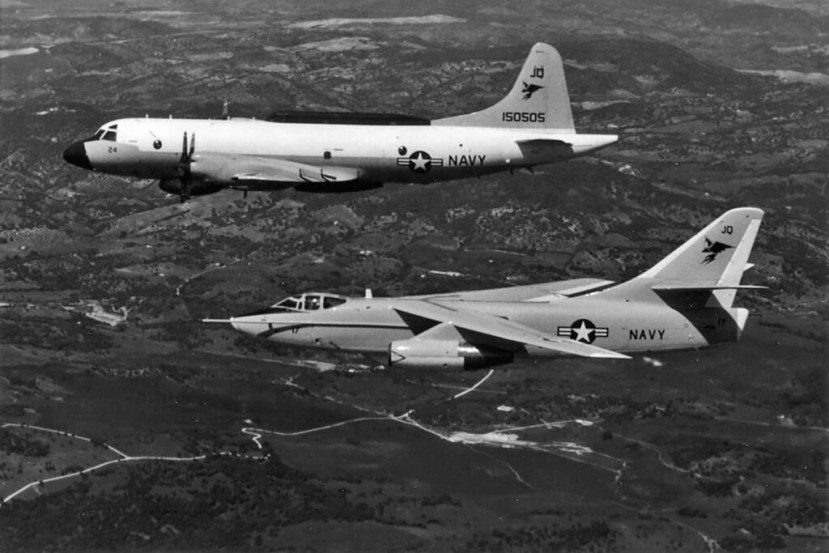 What was the best and worst features of the aircraft?
“The absolute best feature, from a purely technological aspect, is one that, honestly, isn’t still talked about much, and won’t be here. From an operator’s POV, the collective ARIES (Airborne Reconnaissance Integrated Electronic System) remains, through its many manifestations, a very impressive system, especially its ability to fully integrate data from across the RF spectrum and give both real-time situational awareness as well as to preserve signals for further technical analysis, post-mission. The fact that instead of being a simple ‘vacuum-cleaner’, sucking up data, you have real people in the loop, makes a huge difference for lots of reasons.

Additionally, besides flying reconnaissance missions assigned by Higher Authority, the EP-3E was certainly seen and appreciated as a “Fleet Asset.” So much so that if they were flying one flavour of reconnaissance tasking and they came across things that Commander Sixth Fleet and the various Med naval forces would need to know about, they were authorised to leave that mission and prosecute those emitters, platforms, etc. And anytime we had various NATO or US Fleet exercises, the EP-3E’s were big players.

The other thing the EP-3E brought to the reconnaissance table was the fact that its physical architecture was such that its reconnaissance capabilities could be reconfigured in the field, by the Squadron itself. That lent itself to a lot of flexibility and the ability to try things based on real-world experiences, and to do so very quickly. That paid off a number of times out in the real world.

The platform, the Lockheed P-3, was designed for lower altitude use as an anti-submarine warfare aircraft. The EP-3E’s mission required flight up much higher and I think that required a lot more handling finesse by the pilots. The fact that our USAF peers were flying much higher and much faster in their RC-135’s made the comparison tough to consider. Of course, for a lot of reasons, we justifiably thought we did a whole lot of things better than they did. One thing for certain was that since we were a Mediterranean-based squadron, we knew our theatre of operations intimately, day in and day out, whereas they’d fly out from Omaha, do their thing, then go back to “The World.”

I would be remiss if I did not add that, from a crew point of view, the EP-3E did have a significant advantage: Whale crews went, mainly, to the Boat. EP-3 crews went to big, nice bases all over, often with contract hotel rooms, great chow and were paid per diem for every day they were away. That led to some pretty hard feelings between the two aircraft types that existed in the squadrons at the time.”

What was the hardest system to operate?
“I think it really took a lot of time and real-world experience to master all the intricacies of the many bits and pieces that made up the ARIES systems. Then, to add the added coordination and mission leadership skills needed to be a good SEVAL, to it, meant that it generally took at least a year for a SEVAL to be initially qualified, leaving him with only about 24 months to get really good at his job before transferring.”

What was the most effective system and why?
“I think it’s exceedingly difficult to point to one particular receiver system and say it was better or worse than another. The individual Electronic Warfare Operators (“EWOP’s”) had their likes and dislikes when it came to individual operator positions, most of them became specialised in a particular position and part of the RF spectrum. I think it was easier to get the hang of coordinating folks during the course of a mission, but very, very hard to do it well and to do real-time analysis on what all this data that was coming at you was really telling you.”

How effective was it and why?
“EP-3E’s started flying missions in the 1970’s, and while the actual airframes are much, much newer, here they are, at the beginning of the third decade of the 21st Century and they are still out there, doing missions they were never originally envisioned to be doing, and doing them incredibly well. The EP-3E has been involved in most of the Cold War and every hot war the US has been involved in, as well as a lot of other things we may finally hear about at some unknown date in the future. I really think the US Navy and the nation has more than received their monies-worth on their investment. We really screwed up by thinking the MQ-4 is ever going to really replace it. (Don’t get me started, for heaven’s sake).” 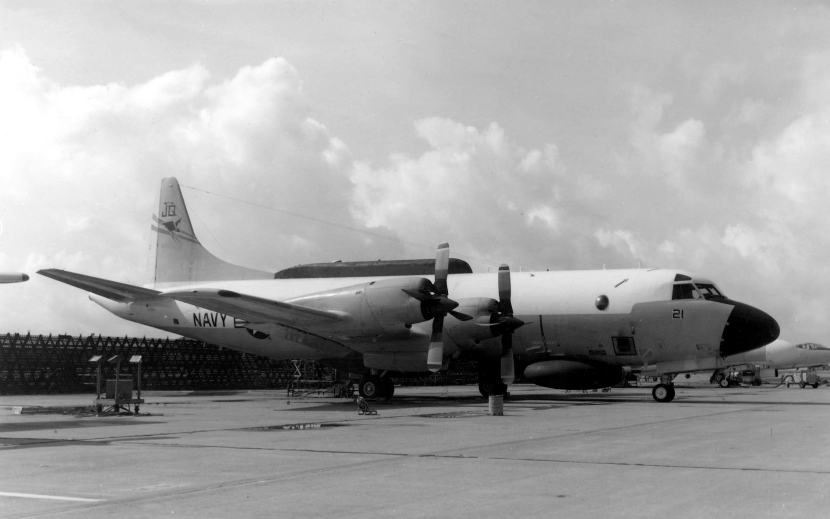 How well would it have survived in a full-scale war with the USSR?
“What mission are you envisioning? Let’s face it, the P-3 is not a fighter, so as the NSA commemorates, blood has been spilled by the ELINT community for decades. That’s the price of vigilance, and it always will be. It’s considered a “National Asset” so I would hope that the people who planned that stuff may have thought that putting too close to something like a Very Longe Range SAM envelope or subject to fighter intercept in a shooting war wouldn’t be doing a lot for asset protection.”

What was your most memorable missions and why?
“I got most of my EP-3E flight time as part of my training as an EA-3B SEVAL, but one mission does stand out. For reasons, we felt, of sheer perversity, the Soviets would always sortie various ship types out from the Soviet Baltic and Northern Fleets to the Med, with estimated arrivals in the vicinity of the Straits of Gibraltar either on December 24/25 and/or December 31st. This, of course, led our being tasked, along with the local Navy P-3 VP Detachment, to go out on those nights waiting to see if we could pick up any presence of the passage of their submarines. As a ‘Geographic bachelor’ I was picked to spend a Christmas Eve, along with a bunch of other hand-picked folks who were ‘voluntold‘ that we’d spend the night flying to the west of the Straits. I manned a plotting position for most of the evening, as we drilled holes in air, wishing only the worst for Ivan for having screwed up the holiday. And yes, they did it every year.”

Was it better than the Nimrod R.1?

“I had a shipmate who was able to do an exchange tour on 51 Squadron and the R.1s. He admired the fact that the RAF’s operational mindset was much more attuned to how the US Navy did things (anything not specifically prohibited was implicitly permitted) than the USAF. He liked the available range and altitude advantage it had over the EP-3E, but also mentioned that while the two systems were complimentary, each had features he’d have liked to have seen on the other. He just wished the RAF had many more of them.

I also flew missions with the USAF in the RC-135 Rivet Joint in an advisory capacity. Great birds, but their way of doing things, back then, differed significantly to ours. Not in a bad way, per sé, just ‘different’. I’m sure they looked on us the same way.”

Incident Over The South China Sea, 4/2001 by Ronald Wong

Tell me something I don’t know about the EP-3?
“Right after take-off in the generation of EP-3E I flew in, there was a requirement for certain portions of the fuselage under the floorboards to be inspected, I presume for leaks, things being where they’re supposed to be, smoke, fires (!) and nothing askew. Or something, I never quite knew. It’s quite a sight on initial climb out to see certain designated aircrew running up and down the cabin, to and fro, opening and slamming hatches in no apparent coherent order.”

What should I have asked you?
“Do I have a favourite among the three? Yes. No. Each airplane taught me a whole lot, about flying, airmanship, crew resource management, carrier operations, air warfare, the ‘Big picture’, intelligence collection and analysis, strike warfare, life, the universe and everything.

And yes, there was another aircraft type you didn’t ask about, the one I have the most flight time in of the four: The Douglas KA-3B Skywarrior, the long-range pathfinder/refueller in which I gained ~1900 of my nearly 3200 Navy flight hours.”