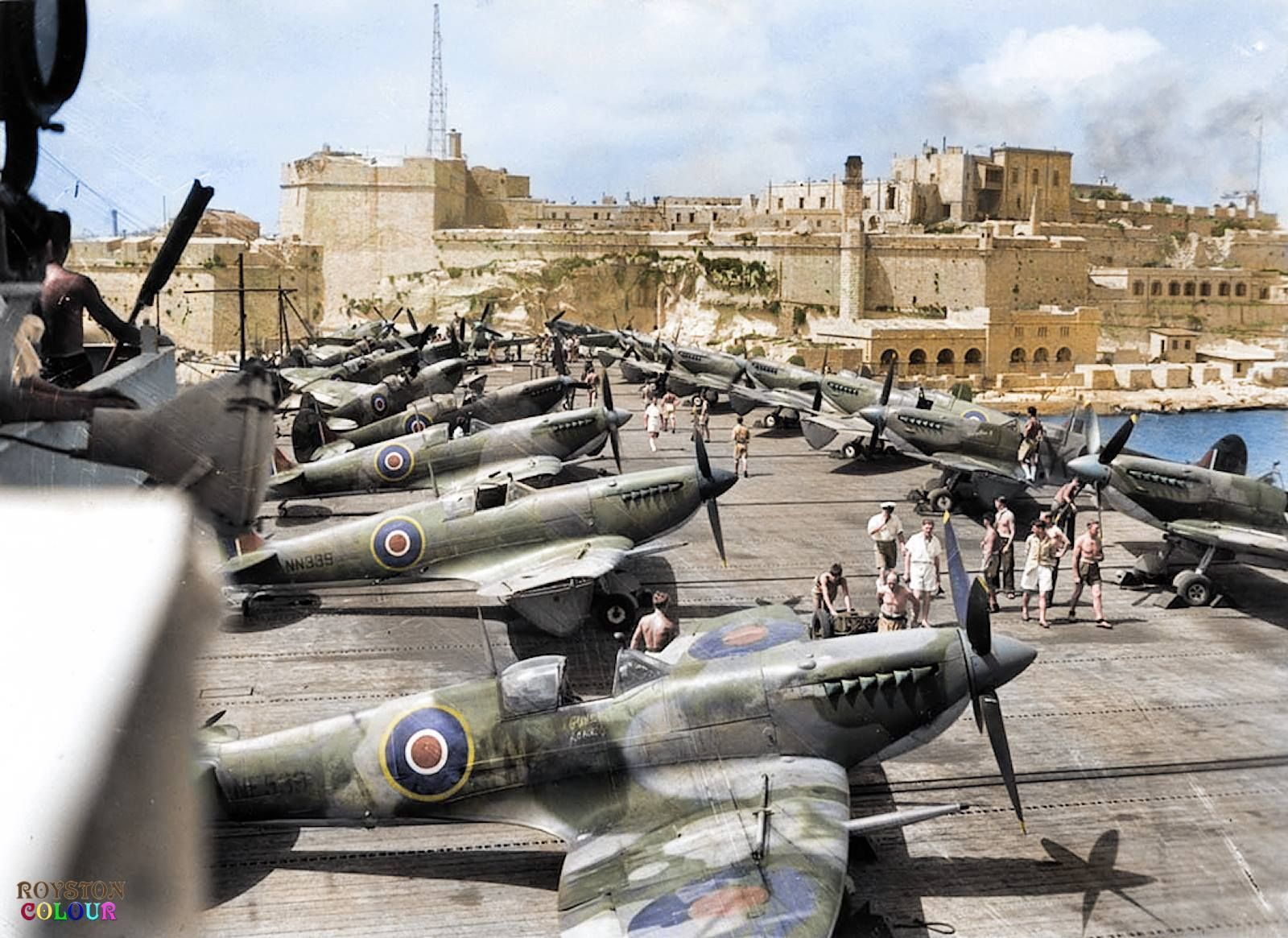 The Spitfire wasn’t a natural carrier aircraft, the undercarriage was weak and narrow, and the fuselage was fragile; the endurance made a permanent combat air patrol impossible if the carrier had to be somewhere other than where the wind was coming from. Fortunately, by the time the Mk III was released to service most of these flaws had been addressed…in the same way credit card debt can be addressed by getting more credit cards.  The extra metal of the tail hook, and reinforced fuselage, put the Centre of Gravity right at the aft limit of acceptability. The fix was a 3-lb mass added to the control column that pulled it forwards under g, preventing the pilot pulling too tight a turn (which could make the wings fall off).  But by putting the Merlin 55M into the LIII, Supermarine also created the fastest naval fighter of the war below 10,000 feet – where the majority of naval interceptions took place (presumably because that’s where most of the ships were).  Around 20mph faster than the Hellcat or Corsair at 6000’, both of which were at least 40mph faster than the Zero, it was also the only one that could out-climb the Zero.  In the final days of the war the Seafire LIII flew low level combat air patrols over the fleet as the last layer of defence against the Kamikaze threat, as well as escorting strike missions leading it to claim the last aerial victory of the war over Tokyo Bay.  The Griffon Seafires may have had more power, which caused its own problems, but none would be as iconic as an LIII in British Pacific Fleet markings screaming over the waves at low level.

Bing Chandler is a former Lynx Observer, current Air Safety Officer and struggling Naval History MA student.  He also has some great offers on his internal organs now Seafire PP972 is up for sale.