When Boeing employee Leslie Shook retired back in 2016, there were a number of media reports about military aircraft aural cockpit warning systems. Leslie Shook is the voice behind the aural warning system in the F/A-18 Hornet fighter aircraft; Hornet crews affectionately call her “Bitchin’ Betty.” 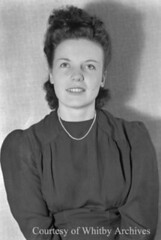 “Why was this newsworthy? I think it’s because the media seek any excuse to repeat mild profanities like ‘bitchin’. Notice, though, that the NPR report I linked to above bleeps out the offending word. One TV news reporter I watched got such a case of the tee-hees she almost couldn’t go on, and another TV talking head actually said the words “Witchin’ Wetty” while making air quotes.This is not Leslie Shook. It’s actress and singer Joan Elms, the first Bitchin’ Betty, though they didn’t call her that then: in the 1960s she was known to supersonic B-58 Hustler flight crews as “Sexy Sally.” Joan’s taped voice alerted Hustler crews to critical information and emergencies demanding immediate action: her warnings included phrases such as “weapon unlocked,” “hydraulic system failure,” “check for engine fire,” “nose too high.”
The Hush-Kit Book of Warplanes will feature the finest cuts from Hush-Kit along with exclusive new articles, explosive photography and gorgeous bespoke illustrations. Order The Hush-Kit Book of Warplanes here

Wikipedia names Kim Crow as the first woman to provide digitised cockpit voice warnings to military aircrews. That’s true, but it’s a truth hinging on the word “digitised.” Joan Elms was of the pre-digital age, recording her warnings on old-fashioned magnetic tape. To my knowledge, the B-58 Hustler was the first military aircraft to employ aural cockpit voice warnings, and Joan Elm’s was the voice behind them.The digitised voice of Kim Crow was my Bitchin’ Betty, the aural warning system in the F-15 Eagle. When I first flew the Eagle in 1978, Bitchin’ Betty said only a few things: “warning,” “engine fire,” “overheat.”

Additional voice warnings were added over the years, and by the mid-1990s Bitchin’ Betty could recite an extensive litany of cautions and warnings. I can’t find an audio clip of my Bitchin’ Betty, but here’s a YouTube recording of F-16 Fighting Falcon voice warnings (General Dynamics, the F-16’s maker, used the voice of Erica Lane). When Sexy Sally started warning B-58 Hustler crews about engine fires in the 1960s, it was a major innovation, and using a woman’s voice was considered a brilliant stroke: human factors researchers thought a woman’s voice—rarely heard on the radio and never on the intercom—would cut through other chatter and get the crews’ attention. This belief prevailed in my day as well, probably because flying military fighters was still a male-only occupation. I always had doubts about that, though. For one thing, by my time many FAA and military radar controllers, both on the ground and in the air, were women. Women flew the tankers we refuelled from and the C-5s ahead of us on final, forcing us to go around to avoid wake turbulence. You heard their voices all the time; there was no longer any novelty to it.

For another thing, there were times Bitchin’ Betty spoke right into my earphones and I didn’t hear her, especially in the heat of an engagement or dogfight. I didn’t know she’d spoken until I reviewed my own cockpit videotape during debrief. The times I did hear her, I’d already seen the master caution light, felt the unusual thump, or heard the strange noise that always seems to accompany a mechanical failure. Today, I understand, some commercial and military aircraft manufacturers use male voices for aural warning systems. They probably work just as well, and I’m sure the aircrews have colourful nicknames for them as well.
Betty gets civil

Is Bitchin’ Betty any kind of big deal today? Military aircraft, ships, tanks, and for all I know trucks have had Bitchin’ Betties for decades. So have commercial airliners, and I hear some general aviation aircraft as well. Ground-pounding civilians too are used to aural warning and guidance systems, witness Siri and automotive GPS. If you tell me voice systems used by regular people on a daily basis leave military systems in the dust, I will not be surprised. Heck, I can select Morgan Freeman’s voice on my Garmin when I get tired of listening to Arnold Schwarzenegger, and I don’t think they can do that in any military jet, not even the F-35!”
Paul Woodford flew F-15s for the US Air Force. Follow Paul’s aviation adventures on his blog here