Yesterday we revealed information about the previously classified British WG 44/47 studies for an advanced stealthy helicopter gunship. Today, thanks to former Head of Future Projects at Westland Helicopters, Dr Ron Smith, we have gleaned further information on this intriguing, and potentially word-beating, project.

Save the Hush-Kit blog. Our site is absolutely free and we have no advertisements. If you’ve enjoyed an article you can donate here. Your donations keep this going. Thank you.

The WG 37’s boat-like hull is reminiscent of later US stealth aircraft, was research information being shared?  I have no knowledge of sharing of such data from the US. There was (at that time) a combined UK Industry and government discussion group that exchanged data between all parties. I was a member of that group. The Hush-Kit Book of Warplanes will feature the finest cuts from Hush-Kit along with exclusive new articles, explosive photography and gorgeous bespoke illustrations. Order The Hush-Kit Book of Warplanes here The study resembles the Eurocopter Tiger, are the two projects linked?  There was no link to Tiger, although I subsequently was much involved with that. The UK at this point was interested in using technology to produce a Light Attack Helicopter (LAH). Ultimately, the Army wanted Apache and the requirements changed somewhat over time. At this time, we had already been looking at pre-feasibility studies and were in discussion with the late Alan Jones at RAE (Head of Materials & Structures Division – which also looked after Rotorcraft), so were aware of their contemporary thinking. 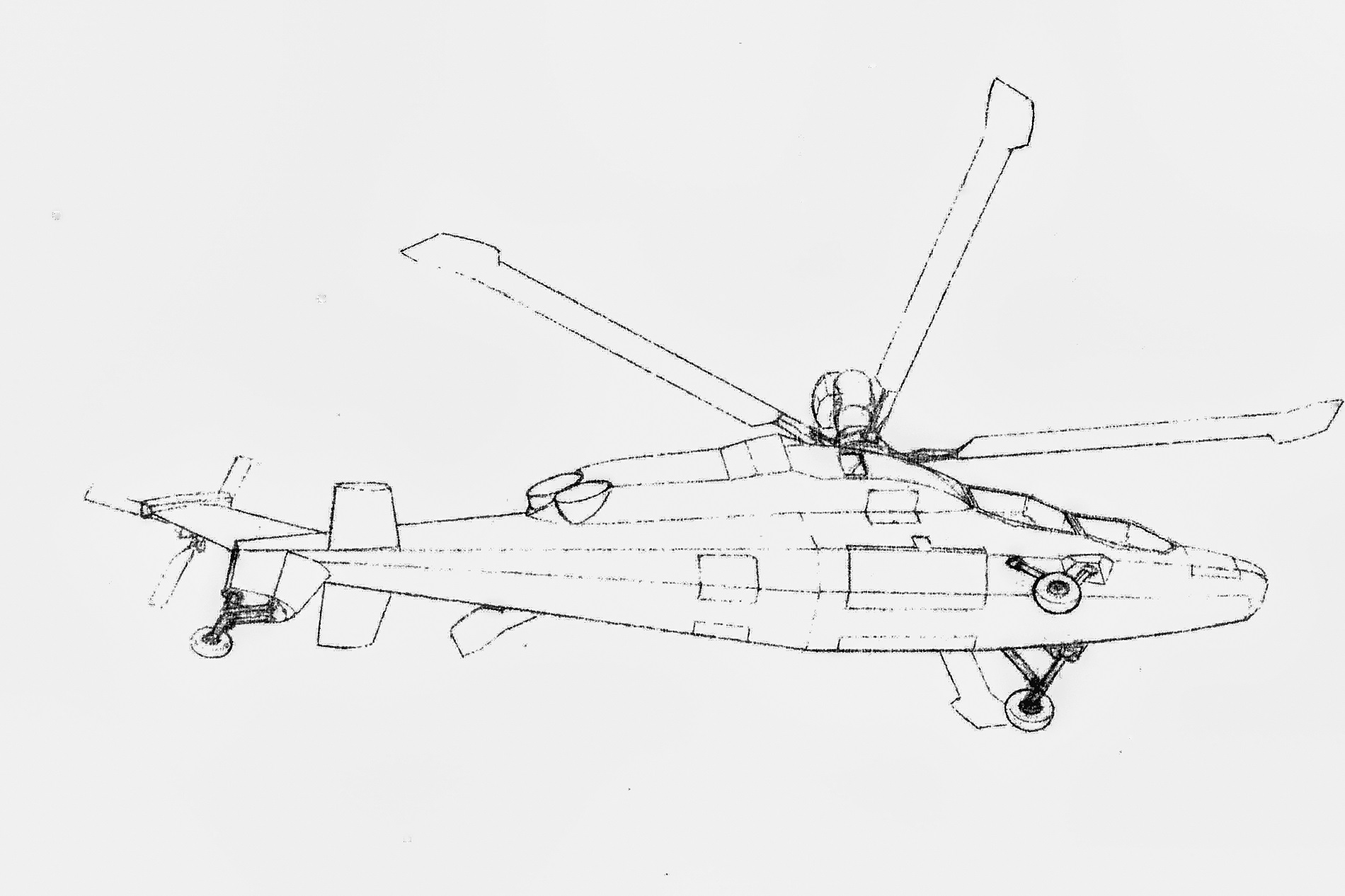 The then interest in an LAH put the focus around the same weight class as PAH-2 / Tiger, rather than Apache and was reflected in the subsequent four nation funded study of A129LAH in which I played a central role.

What was the primary intended role and armament of the WG 44/47 Primary role anti-armour – missile choice TBD. (There were options at the time ranging from TOW and HOT through to Hellfire (not at that time in UK inventory) and LR Trigat (then at a very early stage).

Save the Hush-Kit blog. Our site is absolutely free and we have no advertisements. If you’ve enjoyed an article you can donate here. Your donations, how ever big or small, keep this going. Thank you.

ave the Hush-Kit blog. Our site is absolutely free and we have no advertisements. If you’ve enjoyed an article you can donate here. Your donations, however big or small, keep this going. Thank you. Want to see more stories like this: Follow my vapour trail on Twitter: @Hush_kit