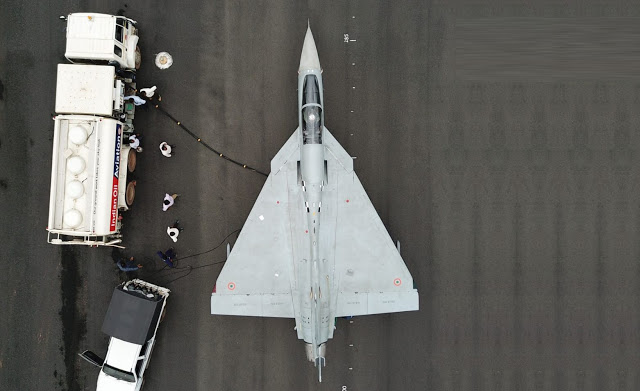 “Tejas is operational in the Mk 1 variant. Even as the Mk 1 was being operationalised,
Mk1 A was thought of as an upgrade. This was to address three major
areas:
1. Continually improving sensor technology and the need for the aircraft to keep
pace with it, by incorporating an upgrade to its primary sensor – the radar. The Mk
1A comes with an AESA radar. It has reinforced belief in the basic structure and
architecture of aircraft, with the design being able to seamlessly take up the
upgrade. The prototypes versions are also flying with the indigenous AESA radar
and it would indeed be a feather in the cap of Indian technology when the
indigenous AESA can replace the radar!
2. Requirement to keep the self-protection suite contemporary and up to date with
latest technology. The Mk 1A will be equipped with an AESA based integrated
electronic warfare suite.
3.  Absorbing all the improvements that have been noted in the years that the
Tejas Mk 1 has been in service in all areas of maintenance, flightline usage and
operational aspects.
The Mk 1A is in the design and development phase at present. 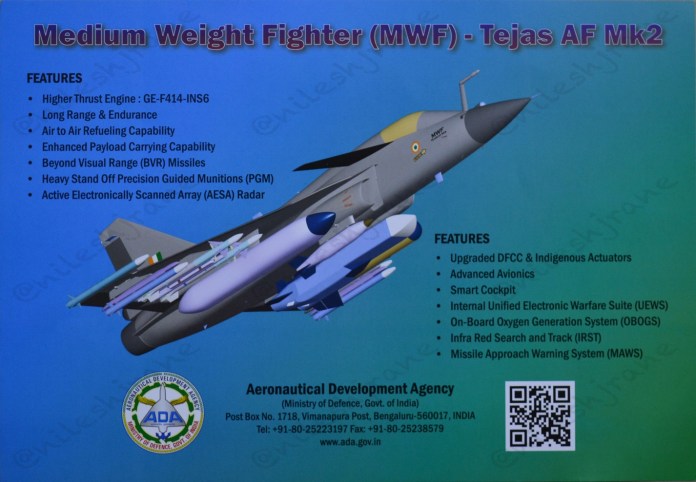 A misnomer….actually, it would be incorrect to talk of this aircraft as a
variant of LCA. This aircraft is called the Medium Weight Fighter, and is a totally
different and new bird in the 17 to 18 tonne class, though from the same design
house and production house. This is in the design phase.
 AMCA – Advanced Multirole Combat Aircraft. A twin engine fifth generation
aircraft in the concept design phase.”