The Blackburn Shark torpedo bomber has a reputation for being, to put it gently, no Fairey Swordfish. Blackburn must have thought their luck had turned when they were finally allocated a half-decent name, following the less-than-scintillating Blackburn Ripon and Baffin and the frankly imagination-bypassing Blackburn Blackburn (so portly they named it twice). Their new aircraft beat the rival Swordfish into service with the Fleet Air Arm by a year – and yet within another year had been replaced by it, which must represent some kind of record. Its legacy is to be virtually unknown, save for muttered stories of piston-shedding Armstrong Siddeley Tiger engines and an annoying whistle in flight.

The truth is that the Shark was nowhere near as bad as all that. Indeed, it was regarded by some as better than the Swordfish. A close study of the aircraft’s development reveals that it was no lemon. Docile handling – it was virtually impossible to stall, good responses, prodigious load-carrying ability, and performance that was no worse, and even slightly better than the illustrious Fairey. It was quite a bit more modern too, with an immensely strong watertight monocoque fuselage, hydraulic wing locking, Warren-truss wing bracing that virtually eliminated wires, and, in the Mk.III version, an enclosed cockpit. The basic aircraft was good.

But as so often with Blackburn, after having got their design right, just about everything else went wrong. The Shark was a little heavier than the Swordfish and despite Blackburn’s protestations was allocated the Armstrong-Siddeley Tiger engine instead of the Bristol Pegasus, as in the mid-30s the Tiger was promising more power. As we now know, the Pegasus became one of the classic air-cooled engines of WW2, with endless reliability and power reaching 1,010hp in later versions. The Tiger, on the other hand, never got over its propensity to shake bits off itself, and certain features of its design limited development so power never exceeded 920hp. Moreover, the oil-cooler selected for production aircraft had a series of unfortunate characteristics that only became apparent when the Shark entered service – a whistling shriek at certain speeds that was severely uncomfortable to the crew and a tendency for pipes to shear under the vibration of the Tiger engine so the whole thing seized. In fact, the vibration of the Tiger turned out to be just at the right frequency to subject the engine mount to crippling metal fatigue.

The Shark did indeed make it into service before the Swordfish – at that time, the luck seemed to be against Fairey, as the first prototype of its TSR I had entered an irrecoverable spin and crashed, necessitating a significant redesign into the TSR II. However, the extra time allowed Fairey to get the aircraft right. The Shark, meanwhile, suffered problems with its engines which led to it sitting out fleet exercises, then the failure of engine mountings led to the entire Mk.I production being scrapped. The problems with the oil cooler led to the entire oil system being redesigned and replaced on all Mk.II and Mk.III aircraft at great expense. Ironically, just as the Shark’s problems were largely resolved, the Admiralty signalled that it had had enough. In 1937, just two years after entering front line service, the Fleet Air Arm retired all its Sharks from operational squadrons and relegated the type to second-line duties – training and target-towing.

Two other air-arms operated the Shark – Portugal bought a few but retired them almost as quickly as the Fleet Air Arm after a structural failure, and Canada. The RCAF got the ‘definitive’ Shark, with the Pegasus engine that Blackburn had wanted all along, and its aircraft served in reliable, if unspectacular, service well into WWII as coastal patrol aircraft. 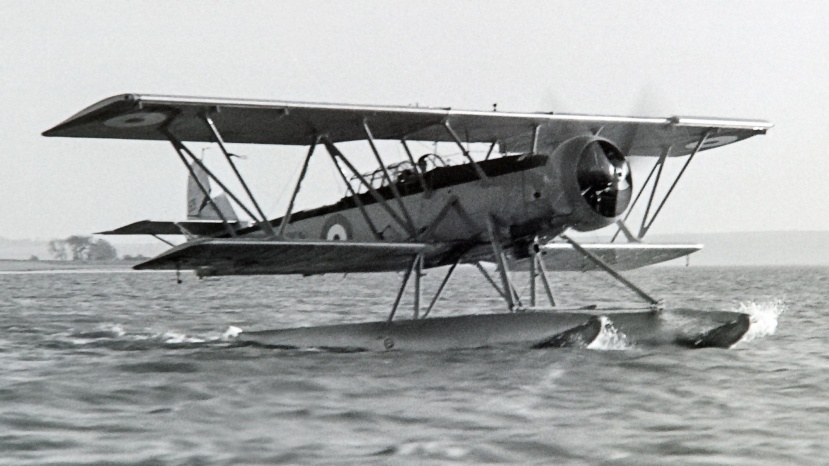 While the Swordfish’s combat achievements would take pages to list, the Shark met the enemy in combat just twice. A target-tug from an anti-aircraft co-operation unit in Singapore had bomb-carriers hastily attached to attack troop columns during the desperate attempt to stem the Japanese advance in December 1941, and a Canadian aircraft bombed a U-boat it surprised on the surface – both cases with uncertain results.
The Shark remains in the shadow of its illustrious rival, but if the Swordfish had not existed, the Blackburn type would have more than adequately filled its shoes. Its performance and handling were as good or better, and its problems were eminently solvable – it was just that with an alternative readily available, the Fleet Air Arm did not need to go to the effort of solving them. As was so often the case with Blackburn, the company was so close to producing an outstanding aircraft, but contrived to snatch failure from the jaws of success.

Over 99.8% of our readers ignore our funding appeals. This site depends on your support. If you’ve enjoyed an article donate here. Recommended donation amount £12. Keep this site going.