Only two BV 155 B prototype high-altitude fighters were completed by Hamburg-based Blohm & Voss Flugzeugbau during the Second World War and today the last one sits largely forgotten in long-term storage at the Smithsonian National Air and Space Museum’s Paul E Garber Facility in Maryland. It is a fitting home for an aircraft developed because the Germans feared the introduction of American bombers against which they could offer no defence.

Given the level of secrecy that exists in American military contracting today it is hard to believe that during the summer of 1941 the ‘secret’ work of companies such as Boeing and Consolidated in designing high-altitude aircraft was openly discussed in popular American magazines such as Aviation and Model Airplane News. 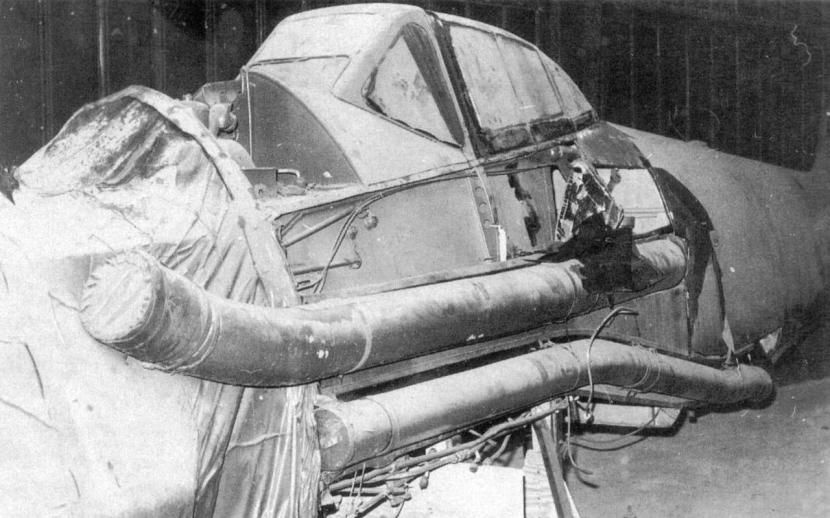 German intelligence officers sent home reports about future US bombers with pressure cabins and operational ceilings above that of the Bf 109 and when America entered the war in December 1941 the German Air Ministry became deeply worried about attack from unassailable altitudes. The discovery of Spitfires with pressure cabins in 1942 and the increasing appearance of high-flying Mosquito reconnaissance aircraft suggested that the British were pursuing similar avenues of development.

In response, Messerschmitt was commissioned first in May 1942 to create a high-altitude version of the Bf 109 and then again a year later to create an ‘extreme’ high-altitude fighter capable of operating at 16km (52,493ft). Unfortunately, the firm was sorely lacking in manpower to fulfil its many burdensome responsibilities, including development of the Me 262 jet fighter, Me 163 interceptor, Me 209 fighter, Me 264 bomber and Me 328 light bomber, plus ongoing support for the Bf 109, Bf 110, Me 323 transport and Me 410 heavy fighter.

Blohm & Voss, meanwhile, had made its name building ships and submarines but had diversified into aviation when the Nazis started handing out lucrative aircraft manufacturing contracts during the 1930s. As might be expected, it specialised in seaplanes.

In order to help Messerschmitt, Generalfeldmarschall Erhard Milch, head of the German Air Ministry, simply cancelled all of Blohm & Voss’s seaplanes and handed the resulting free capacity over to Messerschmitt on condition that it was committed to a single project rather than dispersed across all of them. Messerschmitt gave Blohm & Voss the extreme high-altitude fighter.

Everything went well until the two companies fell out – ostensibly because Messerschmitt scheduled a meeting then changed the venue at the last minute without informing Blohm & Voss. The outrage which followed may in reality have been Blohm & Voss manoeuvring to take sole charge of the project, a gambit which quickly succeeded.

After largely throwing out most of Messerschmitt’s original design for the Me 155 B (there never was an ‘A’), the company came up with its own design using the Bf 109 rear fuselage and some wing components but was otherwise entirely new. The BV 155 B had a DB 603 engine in its nose linked to a Hirth TKL 15 supercharger and two intercoolers behind the pilot’s pressure cabin by tubes running down the exterior of the fuselage. High-altitude performance demanded an enormous 20.33m wingspan (compared to, say, the Ta 152 H’s not insubstantial 14.44m) and huge wing-mounted radiators. 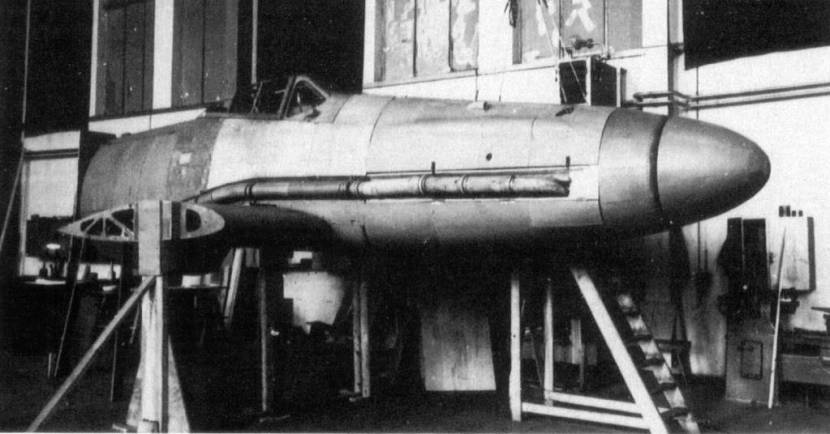 Halfway through building the first of five BV 155 B prototypes, Blohm & Voss switched to a single chin-mounted radiator for the production model BV 155 C – 30 of which were ordered. The BV 155 B V1 was completed and test-flown a handful of times before Luftwaffe pilot Kurt Reuth wrecked it during a crash landing at Klein Kummerfeld airfield on April 23, 1945. The BV 155 B V2 was finished but never fully assembled and was captured by Allied forces at Blohm & Voss’s Finkenwärder facility in Hamburg.

The BV 155 had been an insurance policy against a disaster which never befell the Third Reich. Those high-altitude bombers failed to appear and the Allies ensured that they didn’t need to. But the BV 155 might – had the war continued – have been able to give those pesky Spitfires and Mosquitos a run for their money

Over 99.7% of our readers ignore our funding appeals. This site depends on your support. If you’ve enjoyed an article donate here. Recommended donation amount £12. Keep this site going.