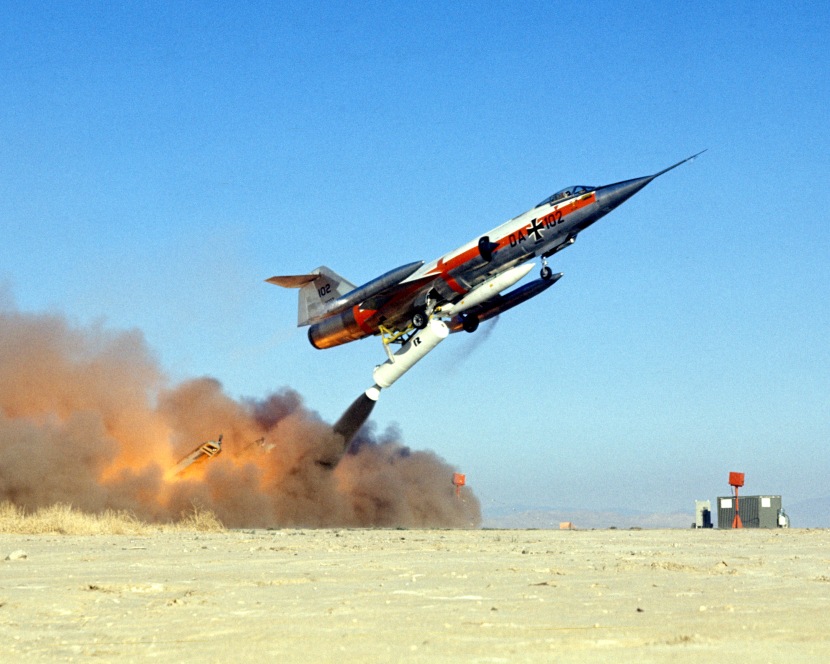 Which are the easiest and hardest aircraft types to take-off and land? Over to Jim Smith to explain more.

“To minimise take-off distance, a slow take-off speed is desirable, aided by a rapid acceleration to reach that speed as quickly as possible, implying a low wing loading, high-lift wing, and high thrust-to-weight ratio, or some assistance, such as a catapult or some form of rocket assistance. Similarly, for landing, a low approach speed is desirable, enabled by low wing-loading, and a high-lift wing; after touch-down effective braking, thrust reversers, or (for carrier-based aircraft) the use of an arrester system, will all reduce stopping distance.

Alternatively, the VTOL or STOVL approach can be used, as in the Harrier or F-35B, but as indicated in my recent article on ASTOVL, this brings a whole world of additional complexity into the choice of propulsion and lift system, and how the packaging of this impacts on the configuration. One problem is that the desirable low wing loading, and extensive high lift devices, add weight and drag, and may not be compatible with the mission required. For example, the F-104 has high wing loading to achieve a high maximum speed and rapid acceleration in its role as an interceptor. Taming the landing speed requires the use of a blown flap system and brake chute. Some aircraft, which seek to combine high take-off (and possibly landing) weights with high dash speed capability, use variable geometry to get around the delivery of a good high-lift wing which is also compatible with high-speed flight.

Obvious examples here include the Rockwell B-1B, Tupolev Tu-160, General Dynamics F-111, and Panavia Tornado. The Tornado, in particular is interesting in the use of a thrust reverser system rather than a brake chute to shorten the landing roll. I assume this comes from a desire to minimise turn-around time while operating from short tactical runways. Inevitably, though, there is a trade-off due to the additional weight and space requirements for the wing pivot and wing sweep system. 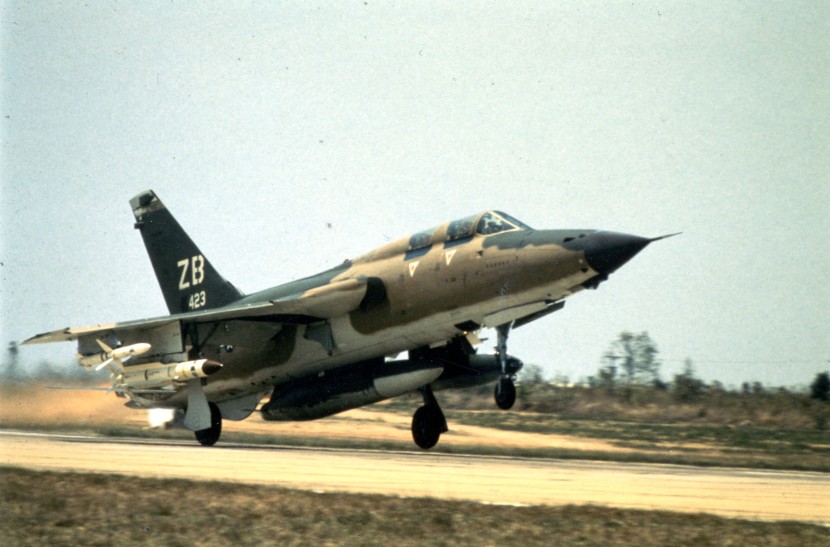 One example of an aircraft which sacrificed take-off distance to the mission is the Republic F-105 Thunderchief, which is said to have depended on the curvature of the earth to achieve take off. In this case a combination of high weight, two crew, a single engine, and a high wing loading, driven by a desire for high speed at low level, will have contributed to the long take-off run.

From the landing perspective, the U-2/TR-1 has a reputation for being particularly difficult to settle on to the runway, due to its long-span, and pronounced ground-effect, which results in the aircraft floating on landing, and generally being talked down by a pursuing car. 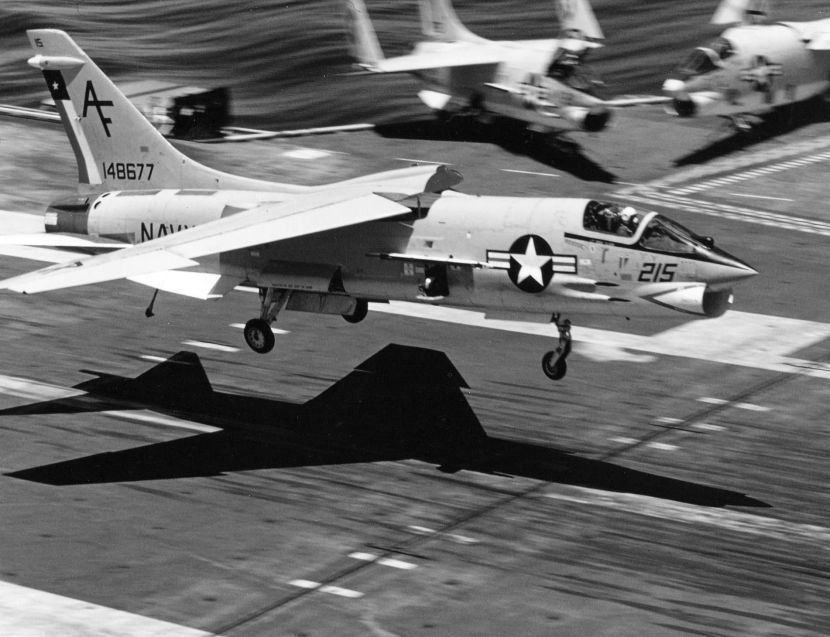 Oddly enough, while the structure and undercarriage design of carrier-borne aircraft are heavily influenced by landing loads, take-off and landing do not seem to heavily constrain the configuration of such aircraft. This is largely because of the reliance on arrester gear to control the landing run, and catapult assistance on take-off. Weight penalties are incurred by the additional structure and landing gear weight, and (normally) provision for wing folding. One exception would be the
Crusader, which featured a variable incidence wing to manage the approach attitude of the aircraft and improve deck landing safety.

Nomination for best – I like the Tornado because of its variable sweep and high lift devices, but I’m going for the SAAB Viggen, for all round panache, a huge afterburner and thrust-reverser.

For worst, the U-2/TR-2 is clearly a contender. I suspect the Chance-Vought Cutlass may be the historic ‘reserve champion’, because of the draggy, low lift-curve slope configuration coupled with engines that would not spool up rapidly.

At a larger scale, the Tu-22 ‘Blinder’ looks simply terrifying. 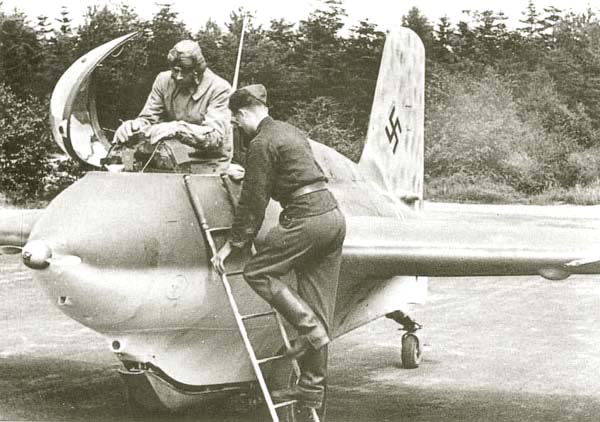 The historic champion would be the Messerschmitt 163 Komet – no power, so no go around; tailless, with no high lift devices; and nasty hypergolic fuel mix, prone to exploding on landing. Compared to the Komet, almost anything modern is relatively tame, and significant effort will have gone into the control laws for the approach, so even plausible candidates like the Mirage 2000 are now much more tractable than their predecessor the Mirage III.

Donate to the Hush-Kit blog and keep this going here. Thanks for reading this. We need your donations to carry on. 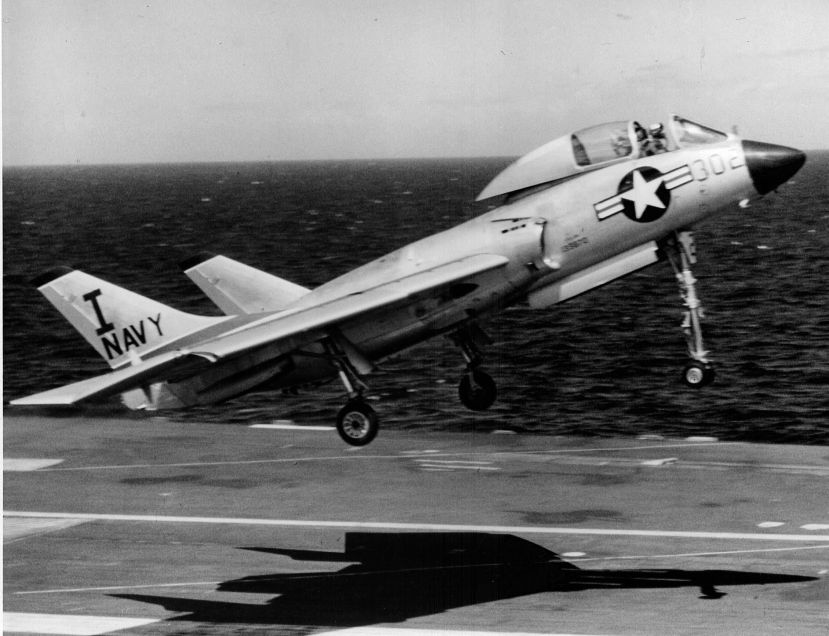