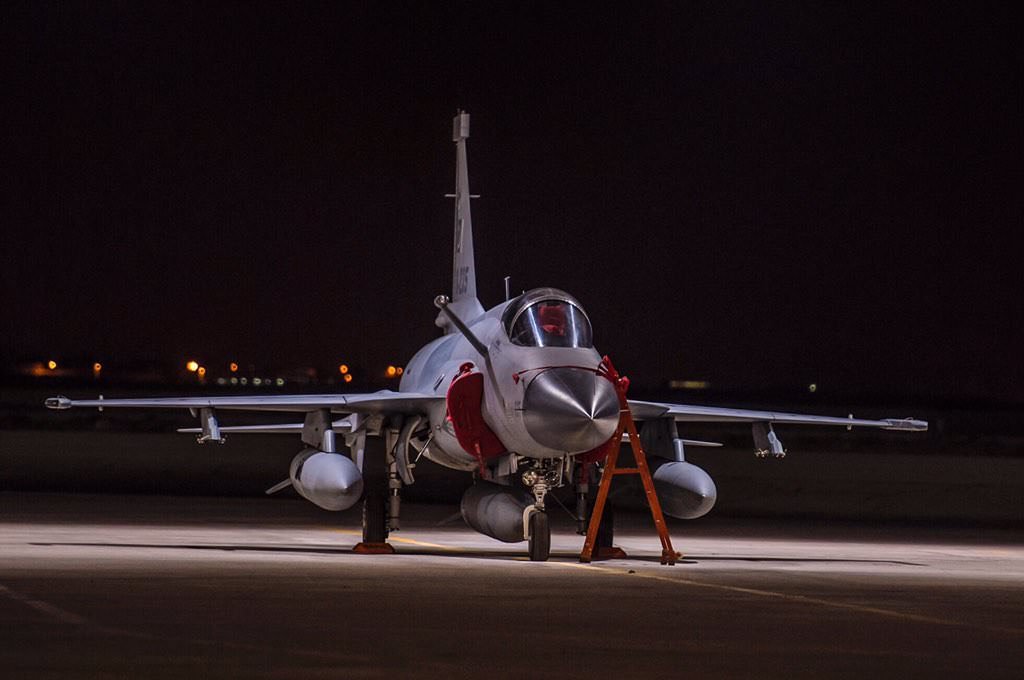 Last year we asked Justin Bronk, from the Royal United Services Institute for his opinion on the capabilities of the JF-17s of the Pakistan Air Force. Since then the aircraft has developed, as have world events, so it seemed timely to return to Justin Bronk for a new look at the subject.
What is the latest block JF-17 and how does it differ from the JF-17 discussed here?
The most modern block in service is the Block II which added aerial refuelling capability as well as recently the addition of the ASELPOD for precision-guided munitions cueing and software and countermeasures improvements. These improvements have increased the operational flexibility of the JF-17 to include longer sorties and multirole engagements with precision-guided munitions but in terms of air combat capabilities, the integration of the PL-12 will be the main enhancement before the Block III comes into service. This standard as reported will add a Helmet Mounted Display/Sight as well as an AESA radar, full glass cockpit and other small improvements.
How does the latest JF-17 compare with the following:
A. MiG-21 Bison

Performance is very similar – at least insofar as there is little of note to choose between the two on kinematics. The JF-17 has a slight edge in sustained turn rate especially at lower speeds but this is of marginal importance given the Bison’s Helmet Mounted Sight and R-73 combination which currently gives the latter a superior chance during a merge over the Block 1 and 2 JF-17. Both have small visual and relatively small radar cross sections.
In terms of weapons, again the picture is similar, with the R-73 and R-77 on one hand being mature and fully integrated into the Indian Bison fleet, whilst the PL-12 when fully integrated should give the JF-17 a significantly more capable long range ‘stick’.
Sensors are also comparable – both will rely heavily on information received from other assets such as ground stations, fighters with larger radar apertures and AWACS.
B. PAF F-16s

The F-16 Block 52+ is a far superior aircraft in almost all respects besides visual signature and cost. However, with the addition of the PL-12 and ASELPOD, the JF-17 Block 2 is relatively comparable in most respects to the older F-16 Block 15 and MLU models which form the majority of Pakistan’s fleet. However, the F-16 remains a superb dogfighting aircraft, has a larger radar aperture with more power, and has more ‘grunt’ at higher altitudes above 35,000ft than the JF-17.
C. Indian Air Force Mirage 2000

Most of what has been said above about the F-16 MLU applies equally to the IAF’s Mirage 2000s, with the exception of altitude performance, where the large delta wing of the Dassault fighter allows it to operate comfortably at up to 50,000ft where both the JF-17 and even F-16 with their higher wing loadings really start to struggle. The latest IAF upgrade standard, the Mirage 2000-I adds a more capable radar and crucially allows the integration of the MICA missile to replace the older Super 530D, keeping the aircraft roughly at a par with the JF-17/PL-12 combination at longer ranges. However, the Mirage 2000 offers a broader range of ground attack munitions – particularly Israeli SPICE munitions- than are available at present for the JF-17.
D. Sukhoi Su-30

The Su-30 outclasses the JF-17 on almost every metric, but then the two types are not really meant to be comparable. The Flanker is a huge brute with massive thrust, agility, a very powerful radar and high costs. The JF-17 was designed as a cheap and cheerful lightweight fighter to allow Pakistan to operate a large airforce on a limited budget. Arguably the Su-30MKI is a jack of all trades but a master of none despite being fairly capable across the board, and the IAF have had serious support and maintenance issues with their large fleet. A beast of an aircraft comes with a lot of headaches.
The Hush-Kit Book of Warplanes will feature the finest cuts from Hush-Kit along with exclusive new articles, explosive photography and gorgeous bespoke illustrations. Order The Hush-Kit Book of Warplanes here
Current Tejas 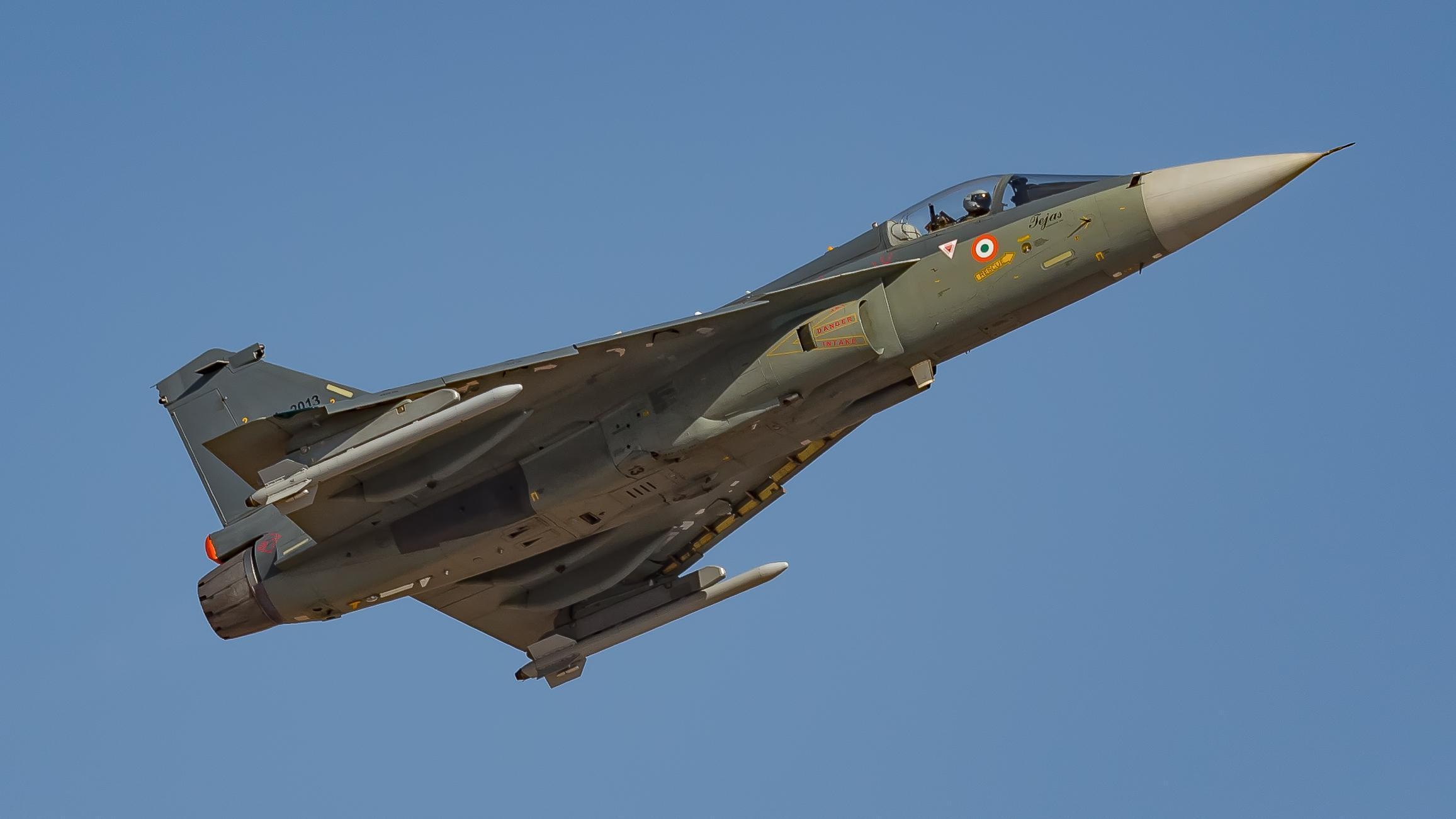 I tend to get a lot of abuse for my views on the Tejas so I’ll be brief. The Tejas programme managers could learn from the JF-17. An absurdly long development programme and high unit costs with serious quality control issues, and all to produce something that is not a great deal better than the MiG-21 Bison it is due to replace.
What is the future for the JF-17?
An AESA radar, HMS and more weapons – possibly even the PL-15 if the airframe can handle it. China has an interest in keeping Indian air power at least partially focused on Pakistan so they have every incentive to help the Pakistani Air Force continue to develop the JF-17, especially if it involves depriving the Americans of F-16 contracts.
Is Pakistan pleased with it?
From the furore on Twitter over the recent skirmish and the supposed role of the JF-17 during that encounter; it would appear so. I have not heard many complaints from Pakistani Air Force officers about the type, but then I haven’t heard glowing praise either. Like I said, it is meant to be a cheap and cheerful lightweight fighter with the flexibility to conduct DCA and strike missions. By those metrics, it is a success.
What are the biggest difficulties facing the JF-17 fleet?
Inflated expectations on the back of the recent encounters. Don’t expect the JF-17 to suddenly become a world-beater. That’s not what it’s built for.
Do ‘top trumps’ articles on weapon systems, such as this one and others online, feed into nationalism and the normalisation of war?
Yes.
What should I have asked you?
That seems pretty comprehensive to me! Let the flaming in the comment section begin!

Sadly, we are way behind our funding targets. This site is entirely funded by donations from people like you. We have no pay wall, adverts (any adverts you see on this page are not from us) or subscription and want to keep it that way– please donate here. 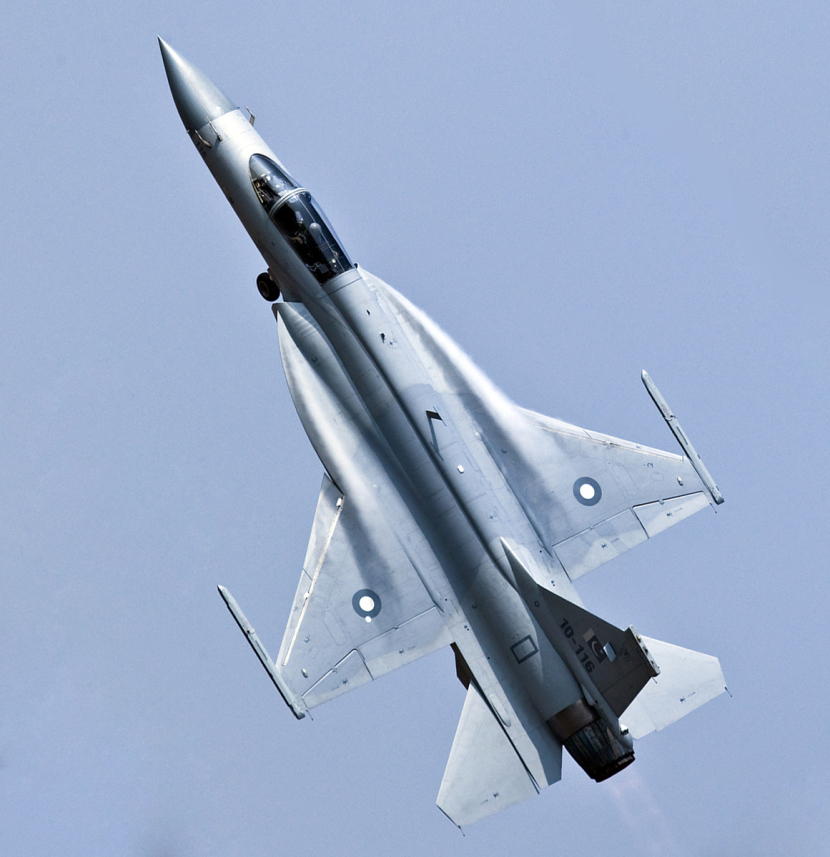