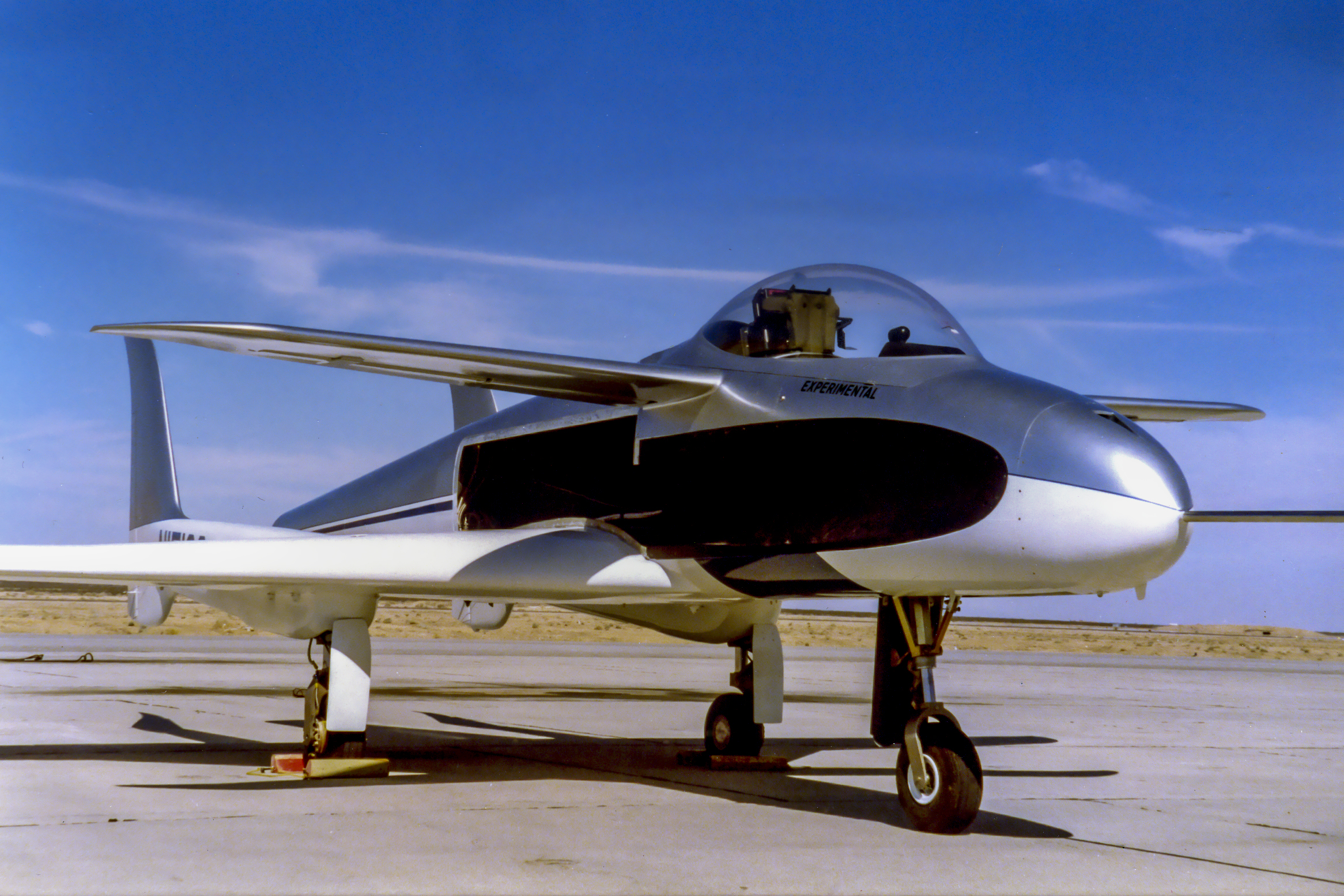 In the lamentable Aces: Iron Eagle III film, the drug-dealing ex-Nazi villain flies a bizarre aircraft described as the ‘Messerschmitt Me 263’. The ‘263 was actually a Scaled Composites ARES, a hugely innovative battlefield jet developed by Burt Rutan. In 1990 British technical liaison travelled to the desert to learn more about this capable, but ultimately doomed, aircraft.

“In early 1990, I was asked to visit Scaled Composites at Mojave to gain information on the Ares light support aircraft. At the time, I was working for the British Embassy in Washington DC in a technical aerospace liaison role, working mainly with US Government Agencies, but occasionally with US Industry, and seeking to promote technical collaboration in Aerospace. 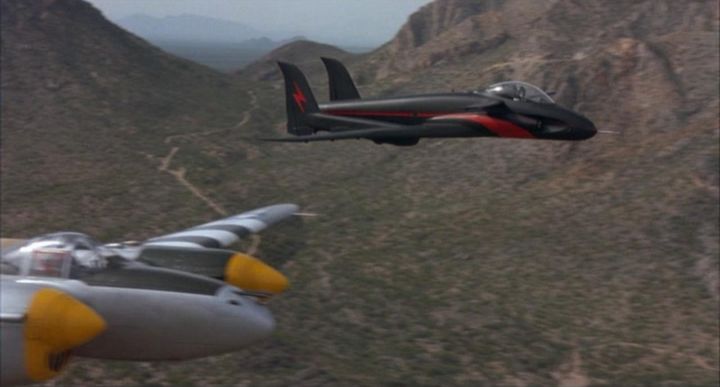 I visited Scaled Composites on the 26th Feb 1990, one week after Ares had made its first flight, and attended a presentation of the aircraft to local media, industries and others.

Ares was the Greek God of war, and Scaled Composites had also turned ARES into an acronym for its Agile Response Effective Support aircraft. The design was described at the time as an anti-helicopter and light support aircraft, with potential customers being the US Customs Service and possible the US Army or Marines. The intent was that the demonstrator would validate the concept and that further development would enable a variety of other roles to be developed.

The aircraft is of unusual design, essentially resembling a turbofan-powered configuration similar in size and shape to a Rutan Long-Eze, wrapped around a GAU-12U 25-mm multi-barrelled cannon.  The design is dominated by the arrangements made to accommodate the cannon, which is mounted in a payload bay on the starboard side of the aircraft. To avoid any problems with gun gas ingestion, the Pratt & Whitney JT-15D engine is mounted at an offset of 8 deg and fed by a single intake on the port side of the fuselage, with a curved jet pipe exhausting parallel to the fuselage longitudinal axis.

This is video is quite impressive, showing the aircraft manoeuvring nimbly at low level around rough terrain in California, firing trials with the cannon, and Burt Rutan explaining the features of the aircraft.

At the time, I thought this was a neat little design, with an original approach to packaging a large gun into a small airframe. I was sceptical of how such an aircraft could contribute to UK capability, but could see the potential for an air policing or border protection role for others. 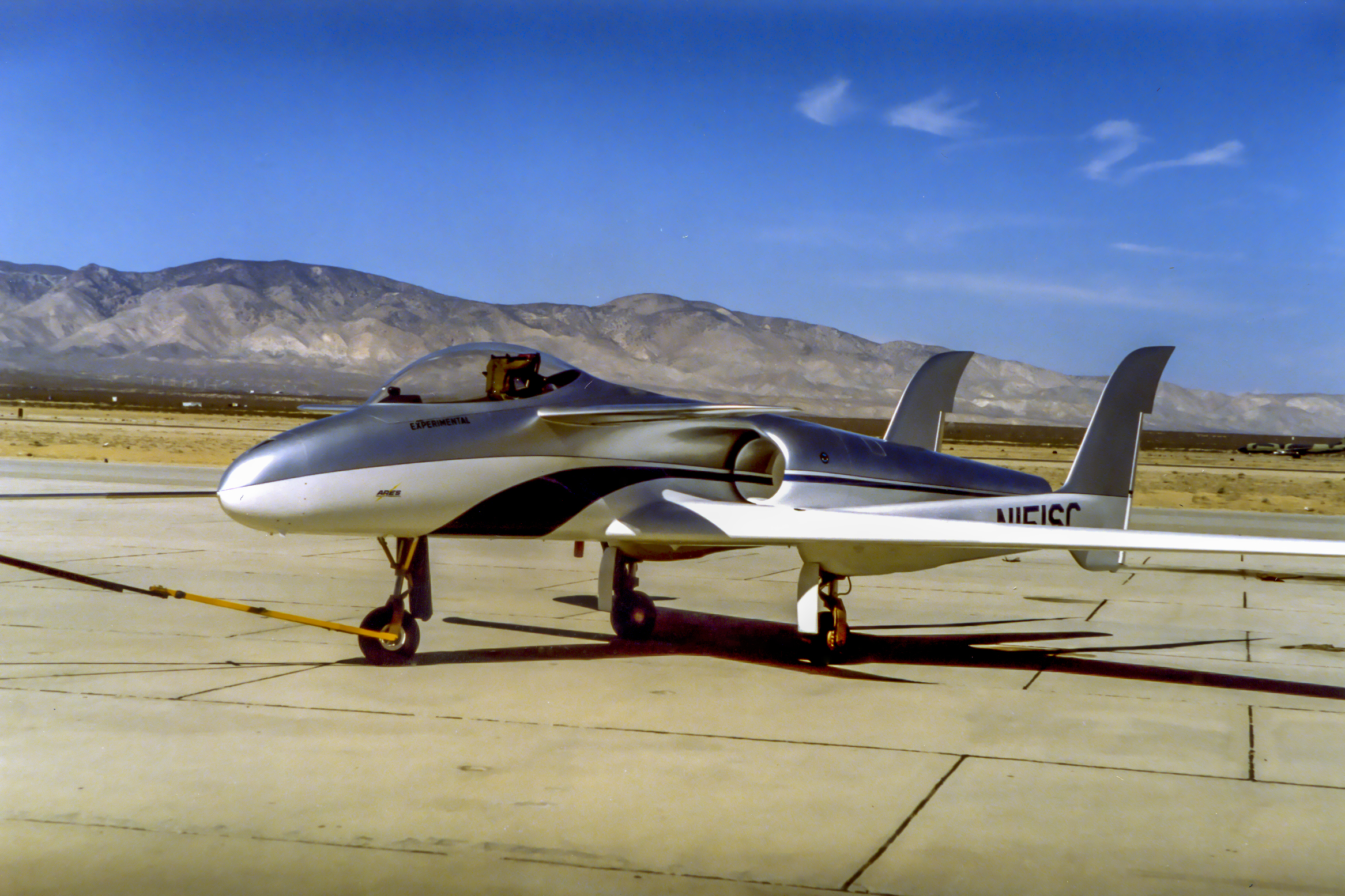 Now, the design looks well ahead of its time. With the ability to carry external stores on 4 hardpoints as well as the cannon, ARES would have been a fast and flexible counter-insurgency asset, offering much greater speed than competitors derived from turbo-prop agricultural aircraft or trainers.

Having made this initial visit, I included a visit to Mojave on a couple of other occasions. Among other projects, Scaled Composites built the composite delta wing for the Pegasus air-launched small satellite deployment system, and claimed this as the fastest and highest altitude composite wing, travelling at greater than Mach 5 and up to 200,000 ft. The company has built many notable products, including the Voyager and Global Flyer; and the White Knight 1 and 2 and Spaceship 1 and 2. They are building the Stratolauncher, which will have the largest wingspan of any aircraft yet flown, with a view to providing an airborne satellite launch system.”

Jim Smith had significant technical roles in the development of the UK’s leading military aviation programmes from ASRAAM and Nimrod, to the JSF and Eurofighter Typhoon. 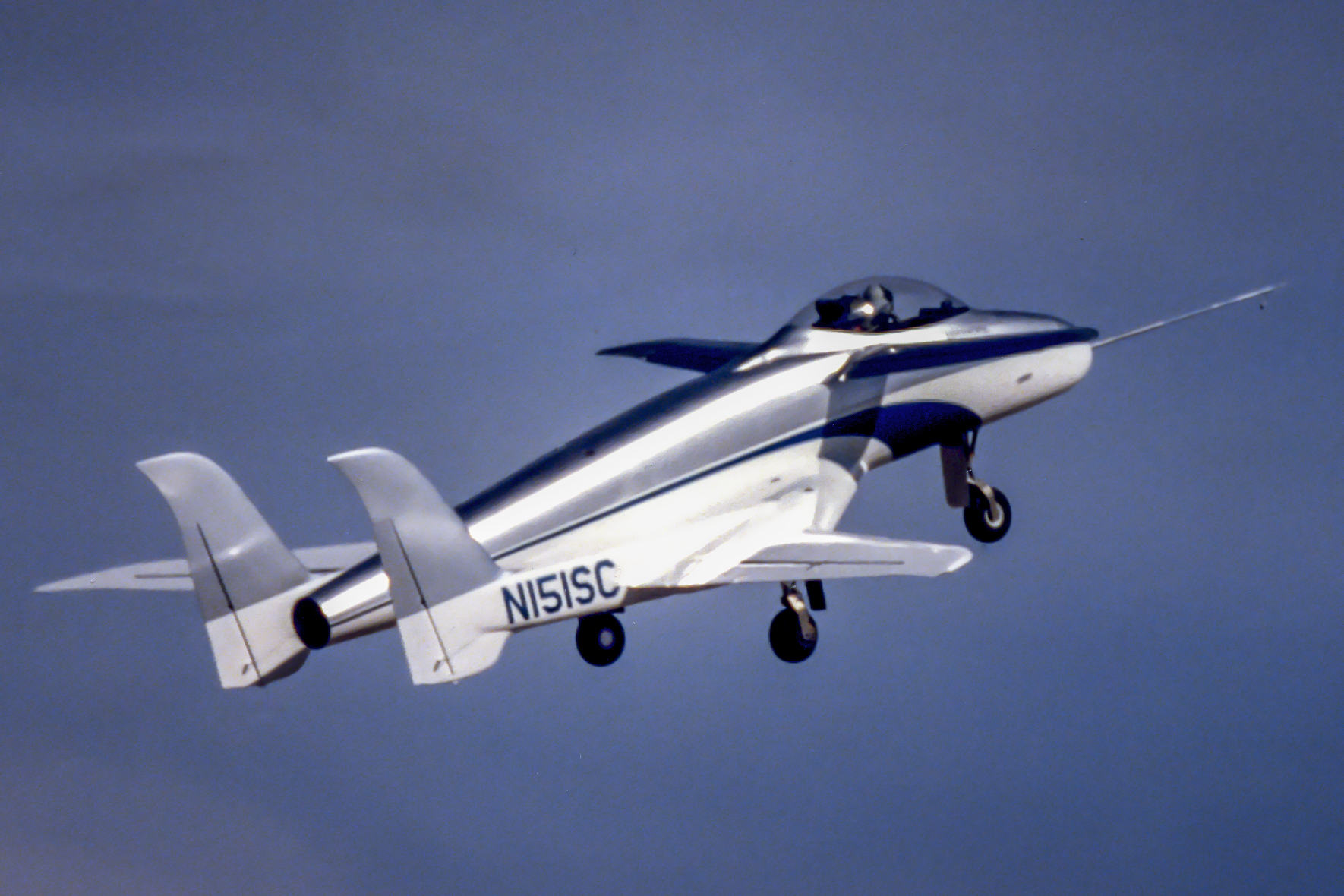 Thank you for reading Hush-Kit. Our site is absolutely free and we have no advertisements (any you see are from WordPress and not us). If you’ve enjoyed an articlen and want to see more in the future, please donate here.