There is a line of thinking among some aviation enthusiasts that goes like this: The Sea Harrier was crucial to winning the Falklands Conflict. Harriers can vector in forward flight (VIFF). Therefore, VIFFing won the Falklands. This is sometimes extended into the conclusion that as the F-35B can’t VIFF it’s not as good as the Harrier, presumably because that means it wouldn’t have been able to win the Falklands Conflict. The problem with this line of thinking is that just because the Sea Harrier could do something, it doesn’t mean it did. After all it was also nuclear capable, but no one ever brings that up as a reason it helped win the war. 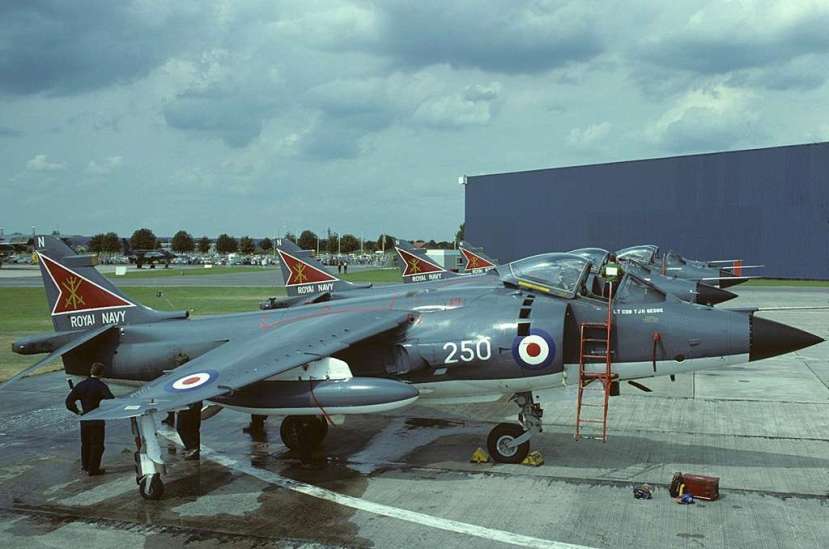 For those wondering what VIFFing was supposed to achieve, imagine Maverick’s move in Top Gun where he ‘hits the brakes and they fly right by’ but in a much smaller aircraft. The massive reduction in speed forcing the pursuer into an overtake at which point the Harrier takes its shot. Meanwhile any other enemy aircraft has a nice slow-moving target to try and hit, which could be considered a drawback.

Air combat over the Falklands was characterised by short engagements as Argentinian fighters were operating at the limits of their endurance and were generally concerned with anti-shipping or ground attack missions in the vicinity of the islands themselves. In fact, the Fuerza Aérea Argentina’s most sophisticated interceptor the Mirage IIIEAs of Grupo 8 de Caza could only reach the islands with fuel for 12 minutes at altitude or 5 if they descended to low level where the majority of combat took place. Consequently, they would only engage Sea Harriers on the 1st of May, during which two were lost, one to Argentine AA fire as it attempted to divert to Port Stanley. [1] Future sorties would instead concentrate on high-level sweeps, attempted intercepts of clandestine helicopter operations, and Canberra bomber escort.
The remaining Argentine aircraft encountered, were predominantly IAI Daggers, essentially bootleg Mirage’s optimised for ground attack, and A-4 Skyhawks. The only weapons these carried for air-to-air combat were 20 and 30-mm cannon, the Dagger’s main advantage being looking like they might be Mirages. However, these too were at the limits of their range and even with the most direct routing only had around 10 minutes over the islands to find their targets. The Skyhawks had slightly better endurance, especially if a KC-130 was available to refuel them, even so after transiting to the islands they’d have little time to loiter. With these limitations there was little appetite, or time for the Argentinian forces to engage in protracted air combat.
At the same time, the FAA’s Sea Harriers would have limited time on CAP for much of the period as the carriers remained well to the east to stay out of range of the Exocet armed Super Étendards of the Argentine Navy. Only when heavy raids were expected did they close to around 80NM from the islands, such as on 25th of May, Argentina’s Independence Day. [2] This reduced their opportunities to engage aircraft and close cooperation with Fighter Controllers onboard frigates and destroyers was often crucial to ensure they were in the right place at the right time. As a result of both sides limited opportunities, most of the engagements during the conflict consisted of a single pass or a tail chase by the Sea Harriers after having spotted the enemy. There appear to have been no prolonged turning fights where VIFFing might have been used as a last-ditch manoeuvre. Because nothing says last ditch like coming to a stop in the middle of a dogfight, ask the Chinese pilot who was shot down by Lt ‘Shmoo’ Ellis over Korea.
In total Sea Harriers shot down 20 aircraft during the conflict, plus one shared with HMS Ardent. Several decades after the events the circumstances of each engagement are now relatively clear and are summarised below. Suffice to say none of these combats saw VIFFing employed, where Fighter Controllers were involved the defending aircraft were as far as possible vectored behind the attackers allowing them the best shot for their Sidewinders. On other occasions the enemy were spotted visually with the Sea Harriers chasing after them as they were routing to or from their attacks on the amphibious landings and ground forces. Nor does there appear to have been any use of VIFFing in order to shake off an opponent. In fact there are relatively few accounts of Argentine aircraft being behind Sea Harriers, in one instance Capt Gustavo Justo fired his guns at Lt Cdr Ward at a range of around 2000’ and missed, a lack of tracer not helping. [1] Distracted by a wingman’s parachute Justo then managed to beat Ward around a hill, the winner receiving a Sidewinder for his troubles. Another occasion took place during the final combat on 8 Jun 82 when Flt Lt Morgan engaged a flight of four A-4B but mistook the third aircraft for the fourth. [3] This might have been an opportunity to employ VIFFing, if Flt Lt Morgan had been aware of his mistake, but as it was the Skyhawk’s cannon had been damaged earlier in the sortie by ground fire and the pilot could do nothing as Morgan engaged two of his wingmen. [2]

In conclusion the VIFFing myth seems to have arisen from people associating one of the Harrier’s unique capabilities with one of the highlights of its career. To quote the now retired Lt Cdr Morgan ‘No one used VIFFing during the conflict. It was purely a defensive manoeuvre and no SHAR was ever in a position where a defensive manoeuvre was required – we were always offensive!!’. Despite reports of it happening being conspicuously absent in any of the first-hand accounts of the air campaign no doubt there will forever be those who claim it’s the kind of British engineering genius that won the war. Which is ironic as it reduces the actual achievement of taking a task group with integrated air defence to the other end of the world to ‘one neat trick you won’t believe they used’. So, expect a National Interest article on it any day now. 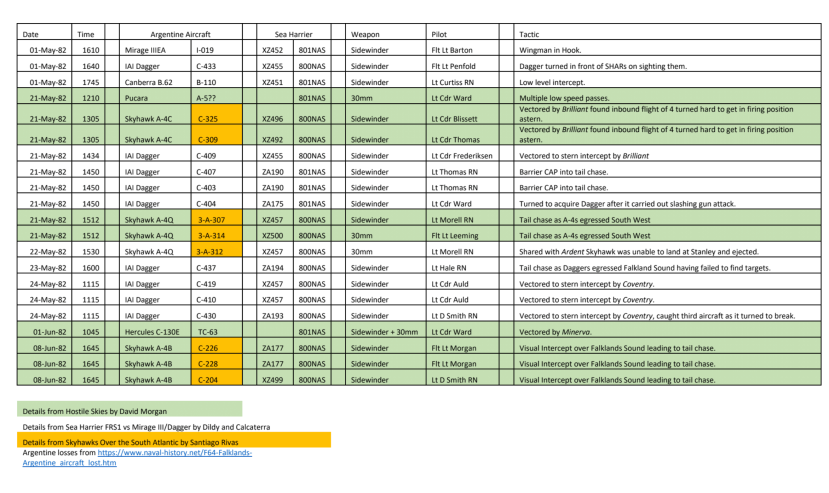 Bing Chandler is a former Lynx Observer and current Wildcat Air Safety Officer. If you want a Sea Vixen t-shirt he can fix you up.

This book can only happen with your support. Preorder your copy today here.