Switzerland is a small landlocked nation with powerful neighbours. It has not fought since its civil war of 1847, and has not fought a foreign nation since 1815. Today the neutral nation defends its sovereignty with a small air force of frontline F/A-18s supported by F-5Es. It now seeks to replace both — and an evaluation of five candidates has begun.

Five fighter types are being pitted against each to compete for a lucrative order for 30-40 aircraft for the Swiss Air Force. From Europe, the Eurofighter Typhoon and Dassault Rafale and the Saab Gripen E; from the US — the Boeing F/A-18E/F Super Hornet, and the Lockheed Martin F-35A Lightning II.

Switzerland selected the Gripen E/F for its fighter needs following an evaluation against the Typhoon and Rafale in 2008. According to a leaked section of the evaluation report, the Rafale had done very well in this evaluation, Typhoon had proved mediocre and Gripen (the C/D rather than then unbuilt E/F was tested) unsatisfactory in several key areas. Despite this, the Gripen was seen as cost effective, and it was hoped that the  upcoming E/F variant would rectify most of the C/D’s shortcomings. The Gripen purchase was a big deal for a small nation, and as has been the case in the past (like the Hornet deal of 1993) was subject to a nationwide vote. The 22-aircraft Gripen contract was rejected by 53.4% of voters in 2014. At least $3.5 billion was expected to be saved, a figure the Swiss people thought better spent on education and social security. The result was interesting, “It is the first time that the left, who had challenged a parliament decision to a nationwide vote, has been successful in a military issue” according to Ppolitical analyst Claude Longchamp in a Swiss Info article. The new purchase will be dependent on a second referendum in 2020.

Who will win the fighter deal?

To assess the most likely candidate we need to understand a little about the Swiss Air Force and their concept of operations (abbreviated as CONOPS). The Swiss CONOPS prioritises local air policing, against the possibility of a high-end threat, to protect Swiss Neutrality. Their basing model involves hardened and dispersed airfields.

Historically they have not been shy to pay for high-end capability. They’ve tended to go for expensive and complex systems in the past, notably getting the Falcon missile integrated onto the Mirage IIIS, and adding Electronic Counter Measures and Radar Warning Receivers to the normally austerely equipped Hawker Hunter. More recently they chose the McDonnell Douglas F-18 Hornet over the F-16 because of its radar/weapon combination. They make long-term investments in their aircraft (their Hunters served until 1994 and their F-5Es are still operational) so choose mature but modern systems. They prioritise credible and survivable options, and can afford them when needed. They also dropped any air-ground tasking a few years ago. That means aircraft optimised or compromised by air-to-ground performance are at a disadvantage. That’s a big factor with the F/A-18E, and to a lesser extent with Rafale. The F/A-18E’s big advantage of commonality with its forebear, the legacy Hornet, may not be as tempting as it first seems as the older fleet will be completely withdrawn – though familiarity and a good reputation could help its case. Typhoon is the most capable option in pure air-to-air performance, and unlike the earlier evaluation, AESA radar should be available from the outset – an option Switzerland would be likely to go for. But Typhoon is expensive to purchase and operate. The choice between Rafale and Typhoon revolves around a mixture of cost and how much air-to-air performance is required. Typhoon has a premium performance at a price (though investigations in India have highlighted that the oft-quoted price advantage of Rafale may not be all it seems). The Rafale is a capable aircraft that could serve Switzerland well, but is probably more capable and costly than is necessary.

Switzerland is likely to be more tempted by the later model Gripen, particularly if initial cost is an issue. The MBDA Meteor long-range missile should prove a desirable item and could make a big difference. Today Meteor is operational with Typhoon and Gripen, with Rafale service imminent.

Switzerland’s defensive posture is about credible deterrence in the situation of a European War — and avoiding being a transit zone for others. The Swiss Government is not happy when NATO assets take short-cuts through their airspace, as sometimes happened during conflict in the Balkans. A fast-climbing fighter with good readiness and availability is vital if the SwAF wishes to deter such intrusions.

The Swiss military is also mindful of Russian influence in subverting politics in parts of Eastern Europe, and they’re wary. The perceived high-end threat threat is thus likely to be a ‘Flanker’ derivative with a long-range BVR weapon. This puts the Super Hornet in the outsider position, mostly down to it being the poorest air-to-air performer, and the oldest technology airframe. The reach of an air-to-air missile is closely tied to the specific excess power (SEP) of the platform in the supersonic manoeuvre when launching, a good sustained turn rate is also vital. The Super Hornet has less SEP at higher Mach than the original and a poor STR compared to its rivals.

Though the rapid integration of the US Navy’s new BVR missile, probably a large weapon optimised for the Super Hornet could offset the F/A-18E/F’s disadvantage to some extent, this depends on a degree of faith in the development timescale and availability (to a non -priority export nation) of the weapon. This project, rumoured to be progressing well, is currently veiled in secrecy.

Which leaves the F-35A. The aircraft scores highly for situational awareness (SA) and offensive survivability, but is optimised for ground attack and is probably the hardest aircraft to maintain. It has so far had very low readiness rates, a large issue for a small nation wishing to maintain a Quick Reaction Alert force.

It will also not be as easy to deploy as the Gripen E/F. At this stage in time, Gripen E/F seems both the best fit and the likely choice while, probably, being cheaper than the alternatives. 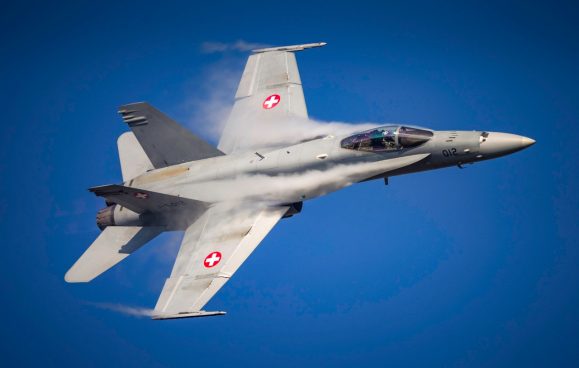