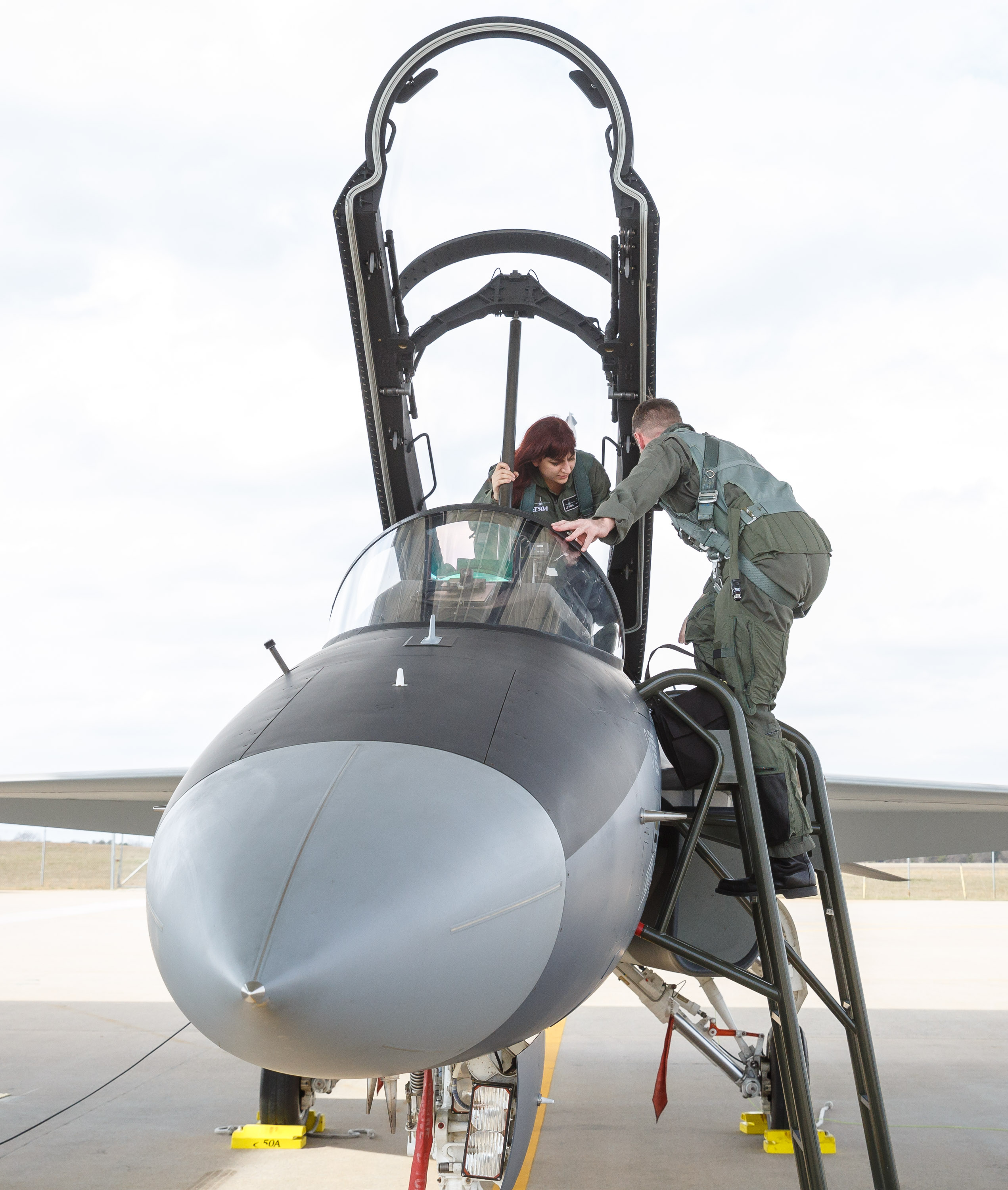 I spoke to Defence News Air Warfare Reporter Valerie Insinna. Here she describes the highs and lows of defence reporting, her love for the X-32, the Hip Hop F-35B video — and I totally fail to get her to share her opinion on the controversial KC-46 tanker.  What is your role and who do you work for? I’m the air warfare reporter for Defense News. Mostly my coverage centees on US Air Force stuff, with a little Navy/Marine Corps aviation and a sprinkle of international defense aviation for flavor. How did you start in defence journalism? By accident, really, My first job out of college was a gig as an editorial assistant at the Tokyo-Chunichi Shimbun’s DC offices, and basically that meant that I did a lot of grunt work for Japanese reporters for about three years. Initially, I helped those correspondents cover the State Department, as I wanted to write about international affairs. But when I got transferred to covering the Pentagon for them, it opened up a whole new world to me. I liked the candor of the military (relative to the State Department, at least) and the camaraderie of the Pentagon press corps, and realized that almost everything that interested me about international affairs also had a national security angle to it. So I applied for a job at National Defense Magazine, and the rest is history. What are the biggest pitfalls facing defence writers?  Our beat is so big–there are always so many stories out there to cover, and we owe it to the public to cover it well. But the general public doesn’t know a lot about the Defense Department, and a lot of the policy and technology is very difficult to explain (and even more difficult to explain in a way that generates and retains people’s interest). I struggle with all those issues daily, and often think about how I can be doing my job a lot better. What have been the highest and lowest points of your career so far? 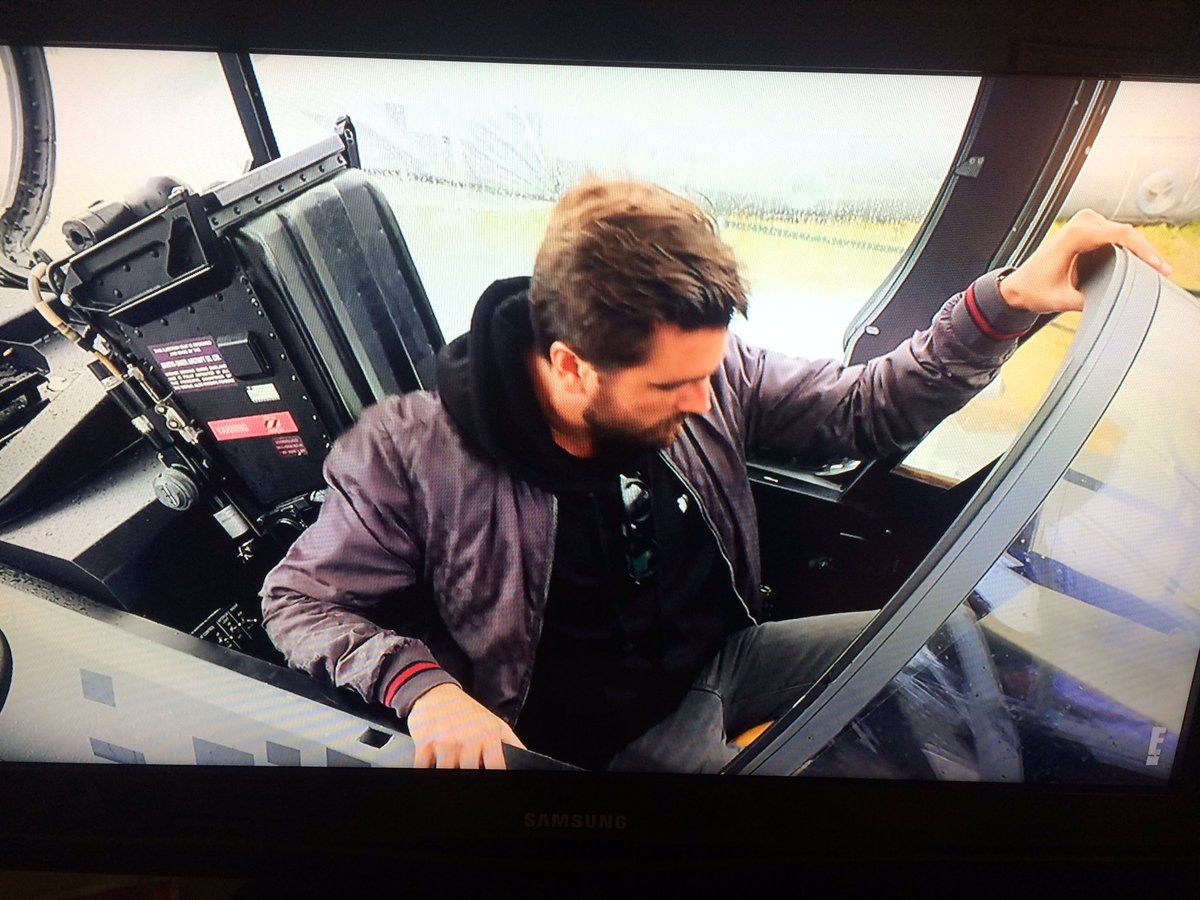 My low point was definitely missing Scott Disick (Kourtney Kardashian’s ex husband and a major figure on Keeping Up With the Kardashians) show up to Saab’s Gripen display at Farnborough 2016. I’m one of maybe ten avgeeks in the world who also love trashy reality TV shows, so I feel like I blew my major crossover opportunity.
I hope there are more high points of my career coming…
Honestly, it changes all the time. It was a hard story to write because of how tragic the subject matter was, but I’m pretty proud of this story exploring the cause of a horrific KC-130T crash. I also went to Romania and Poland last summer to explore what the US Air Force is doing with the money it’s spending to deter Russia, and all of the stories that came out of that trip are ones I really loved producing. I don’t think many reporters in the US were paying attention to those investments.  The F-35 — best and worst thing about the programme?  I try to remain as neutral on the F-35 programme as possible. I don’t want my audience to be able to point to me as either an F-35 fan or critic. So, in that spirit: 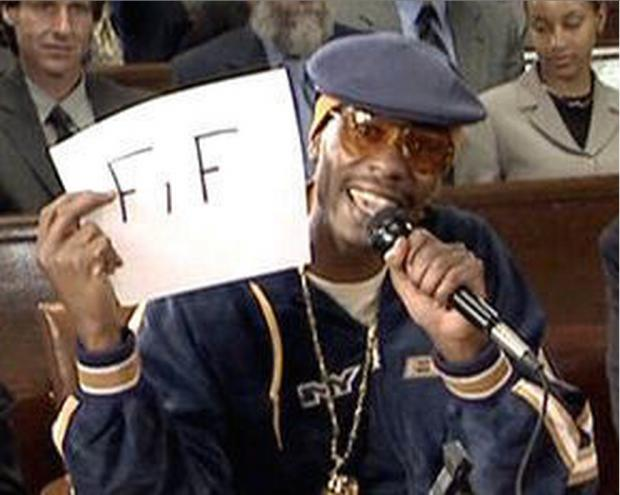 (Fif: means to plead the fifth amendment; to not tell something to someone else because of whatever circumstances. )

What is the most over-rated military aircraft, and why?  I’m not a pilot, so who am I to say an aircraft is overrated?  ..and under-rated?  My beloved X-32, of course. His smile is a gift. 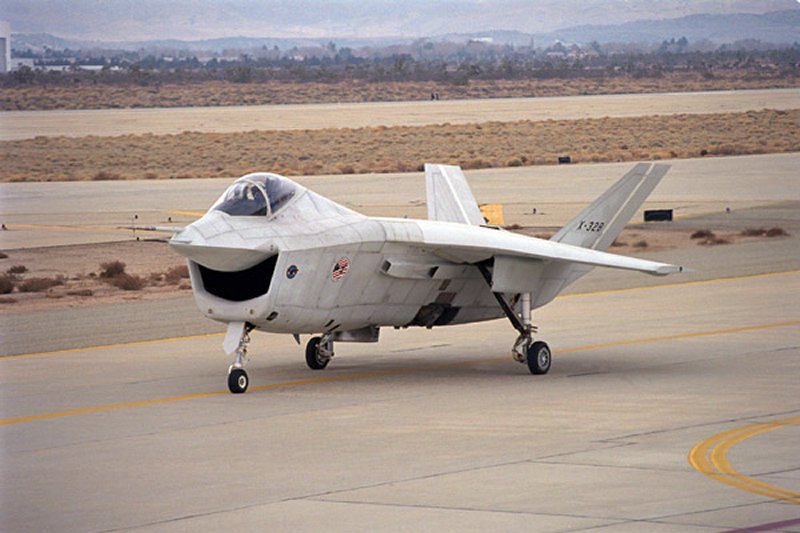 What is the most scandalous thing in military aircraft procurement?  Oh man, where to start? …anywhere..go on One thing I’ve been thinking a lot about is the Defense Department budget, how it gets made, and how little insight or transparency we have into what discussions are happening and why. I don’t know if it’s scandalous, but I don’t think the American public understands how many different stakeholders have their hands in military procurement, and all of these entities have their own opinions.Within a given service, you have leadership, but also the heads of commands. The Office of the Secretary of Defense can basically rule things in or out, and there are organisations like the office of Cost Assessment and Program Evaluation (CAPE) that have a ton of influence. And this is even before it gets to Congress. So when you see a service brief something new in the FY20 budget and it’s surprising or ridiculous or a big change, I always start to wonder who were the parties supporting it and why? Is it really a strategy-driven decision, or was it a compromise driven by funding or other concerns? Are there big differences between the service and OSD’s position? Are people within the service fighting over this? The revolving door between Pentagon and industry is also something that gives an appearance of impropriety, even when all rules are followed. I think those laws should be re-examined. Of course, it makes sense that former military officials go on to jobs where their expertise is of use, but perhaps more oversight might be called for. The Hush-Kit Book of Warplanes will feature the finest cuts from Hush-Kit along with exclusive new articles, explosive photography and gorgeous bespoke illustrations. Order The Hush-Kit Book of Warplanes here How much are US procurement decisions affected by pork barrel politics?

It happens a lot, and not just in procurement matters, but also in terms of how aircraft are based and how long they are maintained. Local National Guard units have strong pull with Congress, which has used to its advantage in the past when the active duty service wasn’t cooperative, sometimes to great effect. Some parochialism isn’t always bad, either. The lawmakers fighting to keep the A-10 were all from states that have units operating it. In the end, I think even most Air Force officials now agree that retiring them circa 2015 would have been a mistake. And sometimes Congress can be incentivised to come onboard with a new plan as long as they see the benefits. The JSTARS recap would have probably been a great program for Georgia. In the end the US Air Force decided to take a more disaggregated approach, and they took care to explain that to Congress and to create some opportunities for Georgia to be a player in the future Advanced Battle Management System concept that is now replacing JSTARS. But yeah, supporting something just because it benefits your district financially is bad, bad, bad. Too bad almost everyone does it in Congress, so no one really goes after the problem. Was the decision to go from Airbus to Boeing for USAF the right one?  I think we’ll see a definitive answer to that in the next decade. Go on… I think we’ll see a definitive answer to that in the next decade, but I really don’t like weighing in with my opinion. As a journalist, it’s really important for me to be able to cover KC-46 fairly, so my approach with that program is to scrutinise closely but also to wait and see before coming to a personal judgement. If Boeing is able to deliver tankers meeting the Air Force’s specifications at the lowest price possible, the service can perhaps make the argument that it was worth the wait. But Airbus has a proven tanker already in operation, which I think speaks for itself. What is the technology to look out for in the future of military aviation?  Well, if you ask the US Air Force, it’s systems of systems of systems of systems of systems of systems of systems of systems…. What should I have asked you? 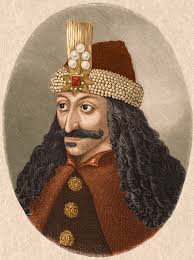 You should have asked me about my kitten, Vlad the Impaler! He’s adorable! What ethical considerations do defence reporters have to negotiate in dealing with the Military Industrial Complex?  I thought about this question for a long, long time. I think it’s one of the toughest things we deal with. And I think it all comes back to the adage, “Trust, but verify.” Being a good journalist involves building relationships with sources throughout government, industry, the operational community and other organisations. And in order to get them to tell you things that they aren’t telling other people, there has to be a certain amount of trust and respect established.They have to trust you enough to give you that information, and you have to trust them enough to believe it…but from there, it’s time to put on your critic’s hat and verify with other sources to ensure its the truth and to make sure you have the full story. I have sources that I really like as people, we can each chat about our personal lives and interests over a beer and whatever. But when it comes down to it, they know they are not safe from getting a call from me where I am asking them to answer for something negative, and they don’t take it personally when I do (and, trust me, I do). Do you have a favourite aircraft and if so, why?

I know probably everyone says these two, but are there any aircraft more beautiful than the SR-71 or U-2? Also, they are painted black, and I’m partial to the colour. Does a defence reporter’s nationality affect how they write about military matters, if so, how?  I think it definitely does. I think most reporters naturally write what is in their own backyards, and as much as one tries to be unbiased, we all want our country to be successful, to protect its service-members and not waste our money. So maybe we’re all a little too soft on our own nations’ defence apparatus at times. But even beyond that, I think there’s a bit of a divide on how US and European defence writers operate. I think the big glossy feature magazine piece on particular military technologies tend to be really big in Europe even now, so reporters across the pond tend to be military technology specialists who understand aircraft at a level that absolutely blows my mind. There are exceptions, but I think the European defence journalist crowd is predominantly made up of old dudes perhaps for that reason.

In the US, the focus is on breaking news, exposing new information or problems that institutions are trying to bury, and generating content. To do that, you don’t need to know an aircraft at the same level as an engineer does, you just have to be a good journalist. Because the barriers to entry are different, there is a balance between more seasoned reporters and young, hungry ones, and there’s more of a gender balance as well (even at the top levels, with editors and managers).
What is the story with your hip-hop F-35B video?  I don’t know, dude. I just always think of the aft portion of a plane as the aircraft booty, and I love late 90s/early 00s hip hop music. Defense aviation can be a stuffy place, so it’s nice to have a laugh over something stupid sometimes.