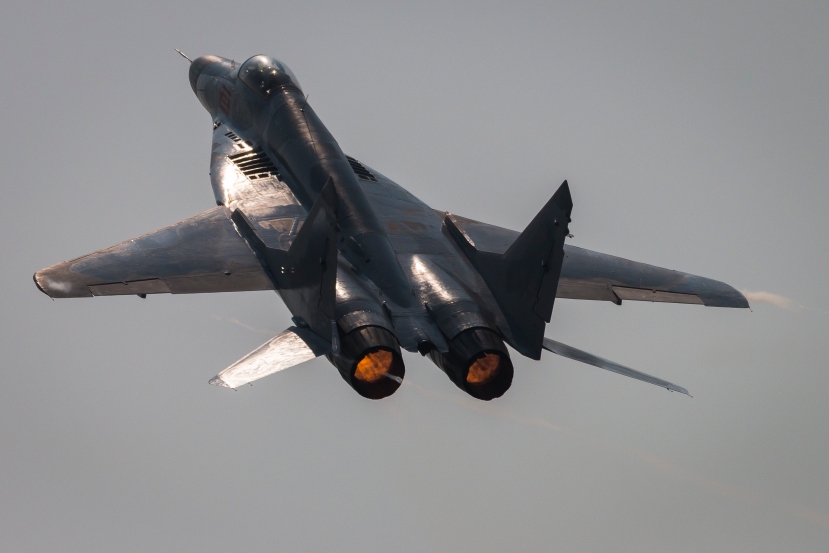 Like birdwatching, drug addiction or sex tourism –  plane-spotting can take you to some pretty strange places. This September, North Korea held an airshow to publicise the hardware of the most secretive air force in the world. Few westerners were there for this extraordinary show, but Sam Wise was, and fortunately he took his camera.

“I never thought I’d fly on a North Korean special forces aeroplane. It was just one of those things that at no point in my life did I ever think ‘Well, you know, there’s a chance.’ But late September this year I found myself, along with 180-odd aviation enthusiasts, journalists and I’ve no doubt more than a few intelligence operatives, at Wonsan International Airport in North Korea, watching the most ludicrously implausible airshow on the planet, the Wonsan International Air Festival.

If you enjoy this, please donate using the buttons above and below. We need donations to continue. Please help us carry on the Hush-Kit blog. Many thanks. 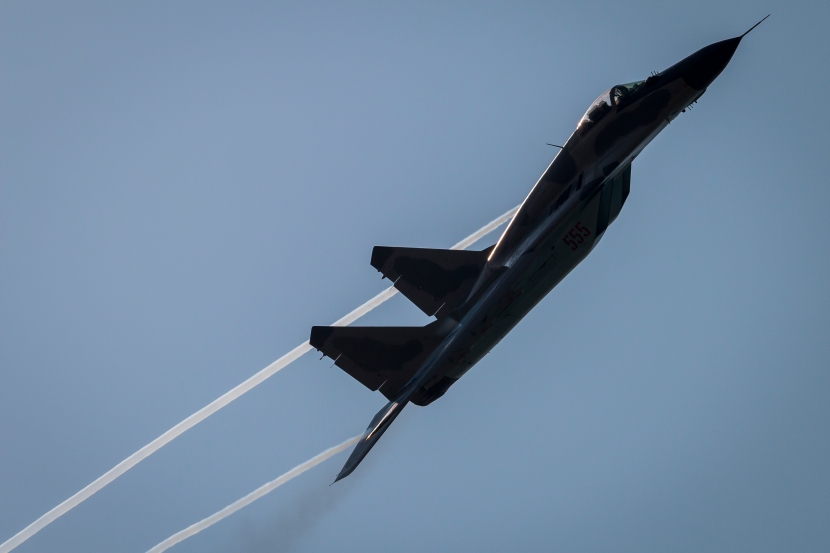 The best fighter aircraft in the Korean People’s Army Air Force is the MiG-29B. With only 35 MiG-29s, the South Korean air force would enjoy massive air superiority in the event of a war. 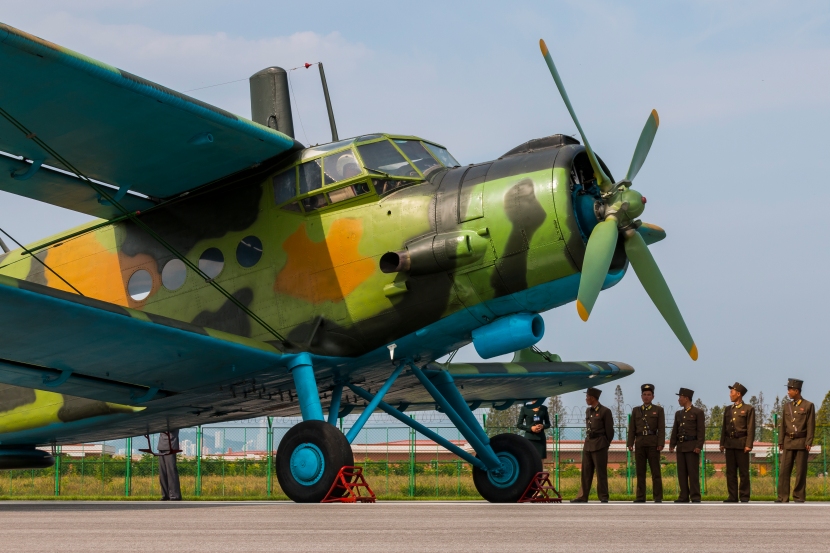 Complete in a wonderful camo scheme that would not look out of place on a poundshop Action Man rip-off was this magnificent Shijiazhuang Y5. The Y5 is a Chinese-built An-2. It is used for special forces assault and insertions. 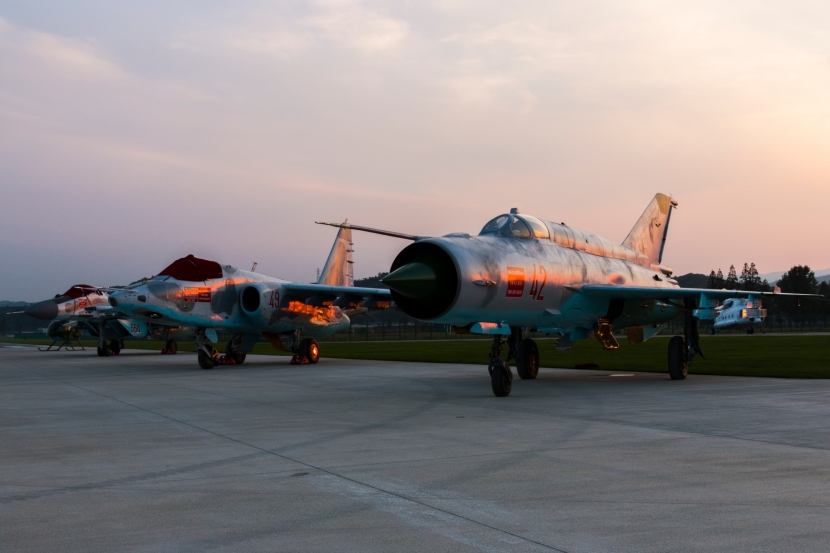 The Korean People’s Army Air Force, possibly the most secretive in the world, was actually flying their jets for our entertainment, and there wasn’t a head of state in sight – it was just for us and about 15,000 North Koreans. Aircraft that the world hadn’t seen fly for over 15 years were right there in the sky like it was a totally normal thing to be doing. I’d be lying if I said I absolutely believed it was happening at the time. I’m not sure I still quite believe it happened even now. 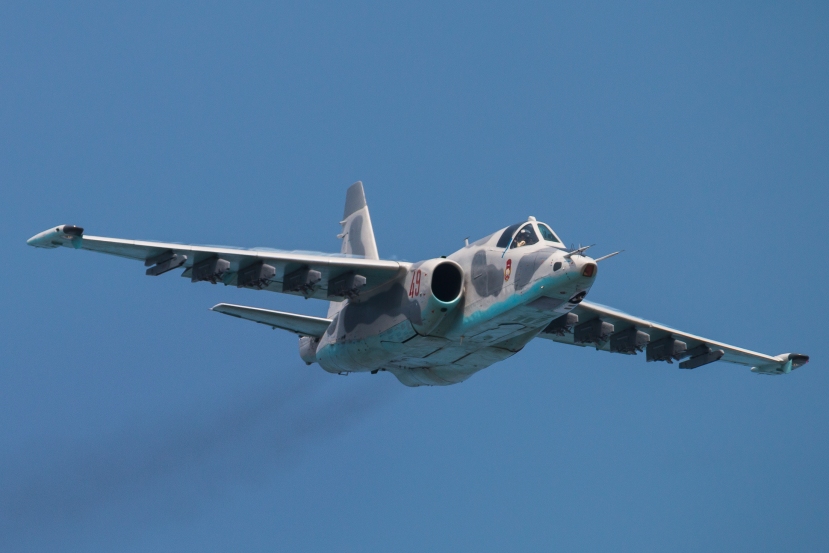 KPAF has around 34 Su-25 ground attack aircraft. They have both Ks, and UBK two-seaters.

The Koreans were great hosts. As surprising for veteran tourists and even the tour organisers as it was for us first-timers, we were allowed free rein to walk around the ‘Air Festival’, buy from the many stalls there (not that there was much for us – mostly it was the locals buying their wares) and even chat with the local visitors, all without any accompaniment from our government guides. 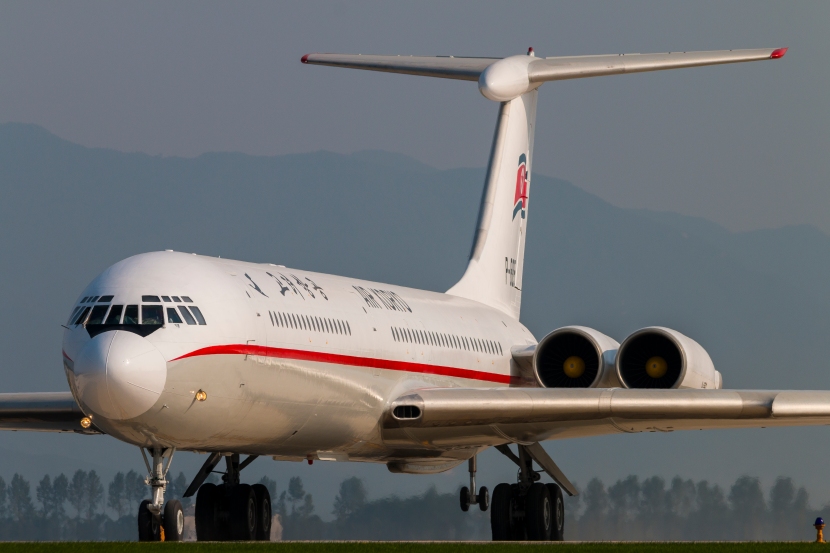 A major feature of the event was the North Korean beer festival and it really has to be said – the beer was good. Sadly most of us were at the front of the crowd photographing the Soviet delights in the air and didn’t get to sample the full range but a few wily foreigners spent their days at the beer tents, downing glasses and swapping stories with the Koreans who were incredibly curious to speak with us. 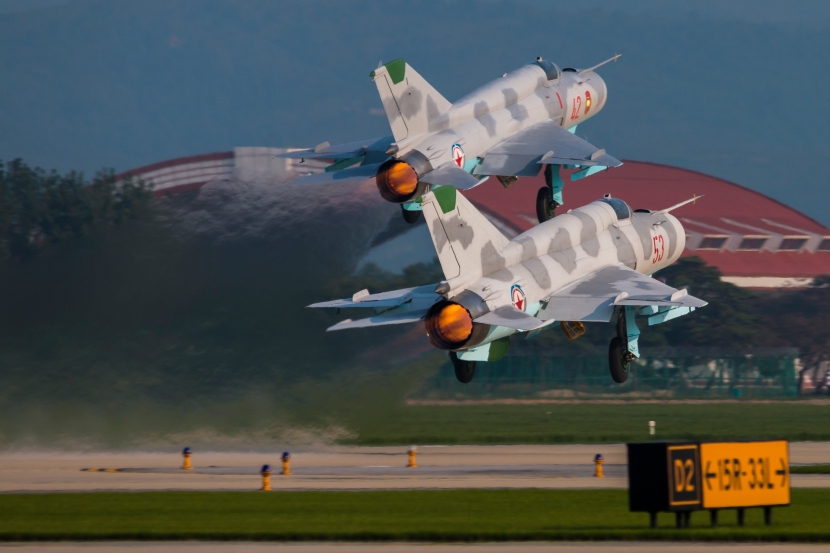 The MiG-21 is an elderly design, if conflict broke out with South Korea, these aircraft may end up fighting F-4s or F-5s (the Republic of Korea Air Force still employ both types) they did in Vietnam fifty years ago. 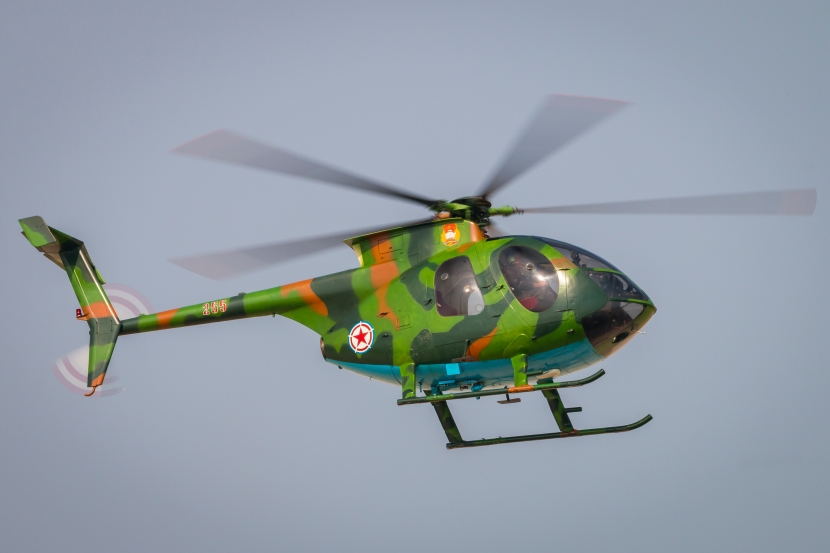 The only Western aircraft design is the MD 500D. North Korea pretended to import it for civilian use. These aircraft were produced in South Korea (!) and purchased via a German company.

Most of the foreigners, it’s safe to assume, had been to airshows before and knew the deal, but without a shadow of a doubt the Korean crowd was experiencing this for the first time. 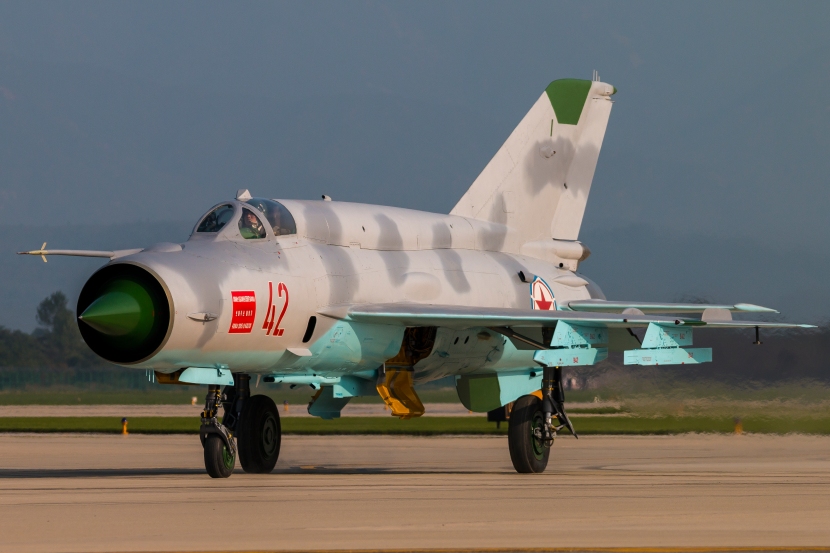 They were all overwhelmingly approving of it, of course, but it must have been a very bizarre occasion for them, given that most will probably have never seen an aeroplane flying at all- let alone anything military. Certainly the Korean guides assigned to each tour group were very curious about air shows abroad and how the Wonsan Air Festival compared, but a good few expressed their confusion as to why you would ever want to go and watch aeroplanes just for the sake of it. But then, I’ve had that said to me at home as well, so I guess some things are universal. 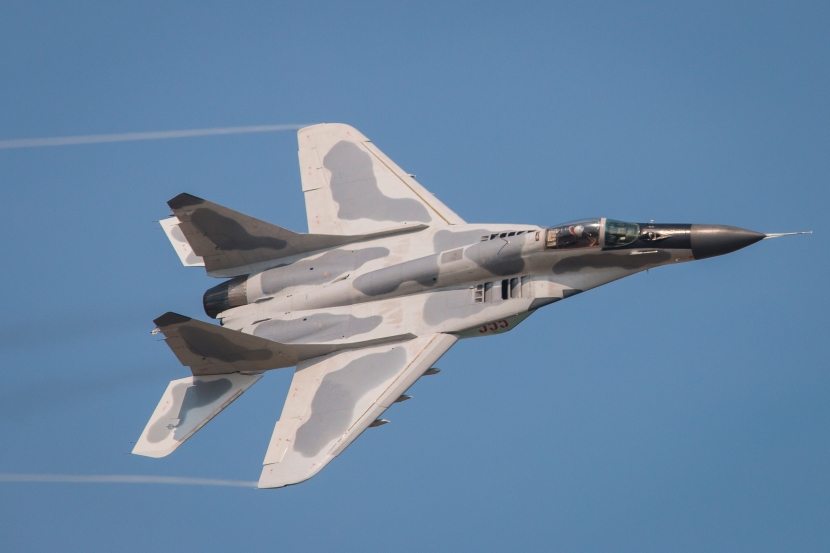 Gone are the gaudy, but wonderful, bright frog green and blue schemes of the MiG-29 fleet. Today they have a desperately boring grey scheme, perhaps based on USAF’s F-15C colouration. 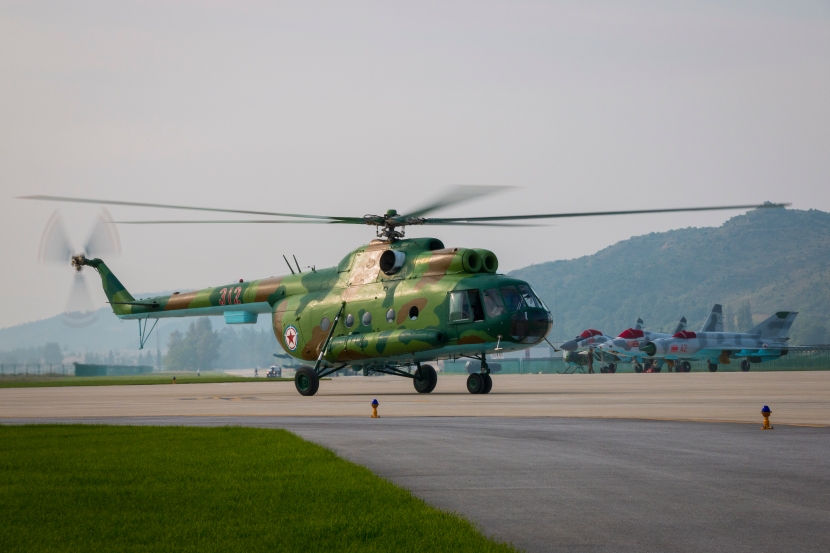 You can’t go East of Croydon without seeing a ‘Hip’, and North Korea is no exception. The air force has around forty examples. 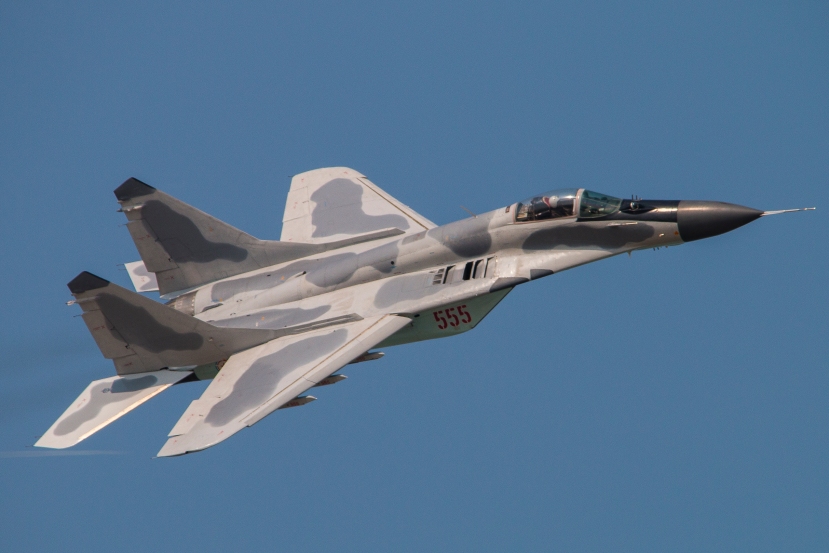 Which MiG-29 pictures shall I keep in this article? How about all of them?

Finding out that I was single, one of my guides suggested that maybe planes is my girlfriend, a remark which hit a little closer to home than I might have liked. 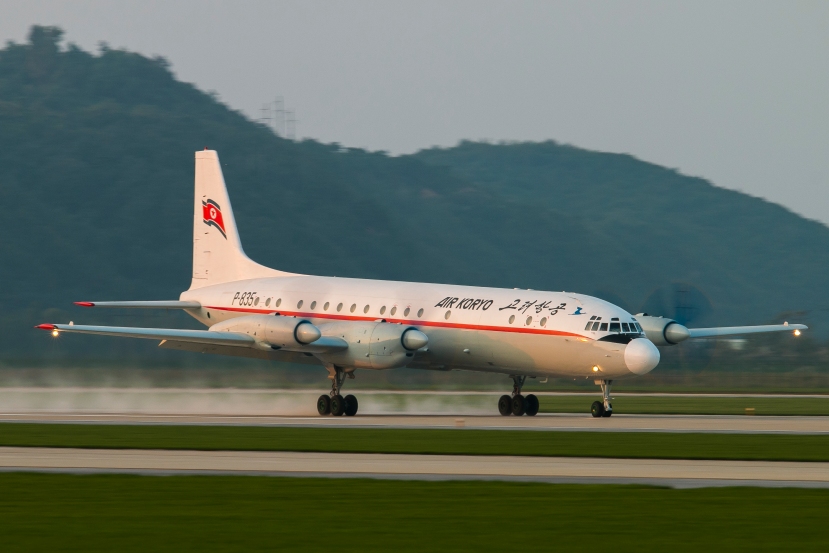 The beautiful Il-18 showing off its classic curves.

The military was evidently very keen to show how modern and capable its fleet is. Gone were the wonderfully retro British Racing Green paintjobs seen the last time the ‘Fulcrums’ flew, in with a more modern two-tone grey camouflage, just like we’ve already got bored of in the West. At least the roundels weren’t lo-viz. There was even the chance to meet the pilots, stood in front of their rides in leather flying suits, happy to take part in selfies and sign autographs. What they must have thought of the whole affair…especially the two young female ‘Fishbed’ pilots who are as close to mega-celebrities as the country has and who were swarmed by the local press as they arrived. Given that most of us had never really expected the Korean military to actually be there, to then be having photos taken with the pilots left most in something approaching a state of shock. Suffice to say the evening beer session was an animated one! 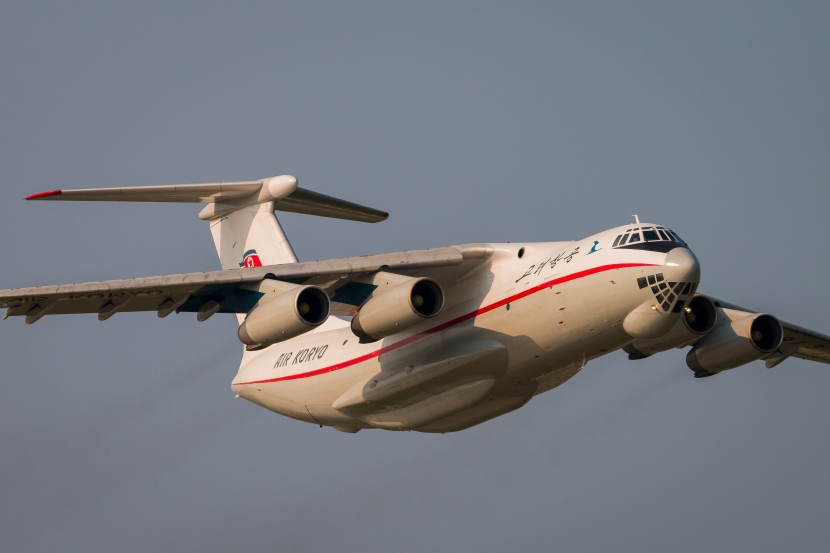 One of the promised delights for the visitors was pleasure flights on the Air Koryo fleet of  classic airliners. Short of some of the more remote parts of Siberia there are very few places in the world you can fly on a Tu-134 or Il-62, so even for those people who can’t abide anything that flies with drinks service it was a tasty lineup and getting to experience both the Soviet luxury and airliner standards of the past was pretty spectacular, even if the air-conditioning left much to be desired. But, much to everyone’s utter surprise, two of the options on the list appeared somewhat more military in nature, and, indeed, on the day it transpired that people would be flying on actual military, roundelled, camouflaged KPAAF Y5s and Mi-8s. 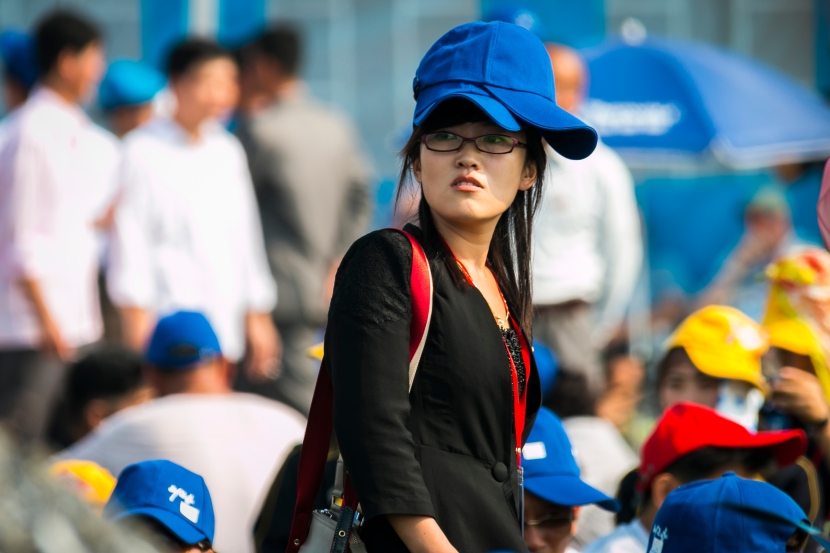 North Korea has some of the most advanced baseball caps in the world.

It’s crazy to think of getting a pleasure flight on an RAF helicopter here in the UK, but for tourists to be having a jolly on a North Korean military aircraft goes past unbelievable into some other realm of insanity – are you paying attention, High Wycombe? 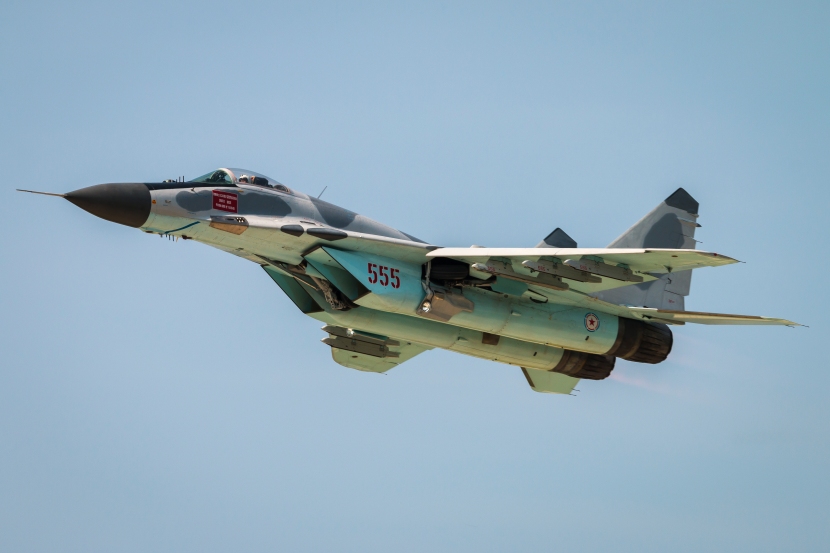 The military-style stencilling of the serial number is NOT based on the  A-Team logo. 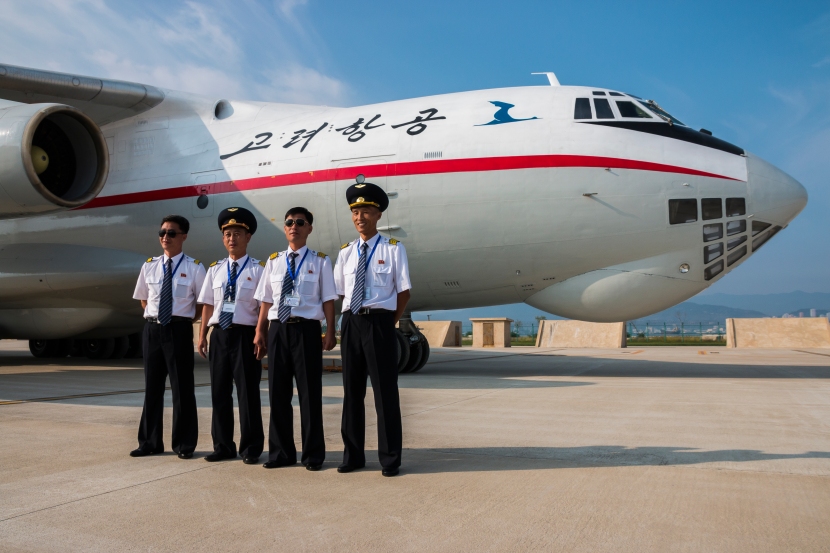 The crew of the Air Koryo Il-76 seemingly have a choice of hats or shades. Lanyards for all though.

More to the point, these were the Y5s that play more than a regular transport role in the military, and allegedly carry their best of the best troops in some very interesting roles. Parachute cables and lights inside, mystery sensor dish on the bottom, these were not your everyday Colts.

And I took selfies on board one.

Sam Wise is an unemployed web developer, but he’s trying his best. He spends far too much time thinking about aeroplanes, and occasionally tweets about them and anything else 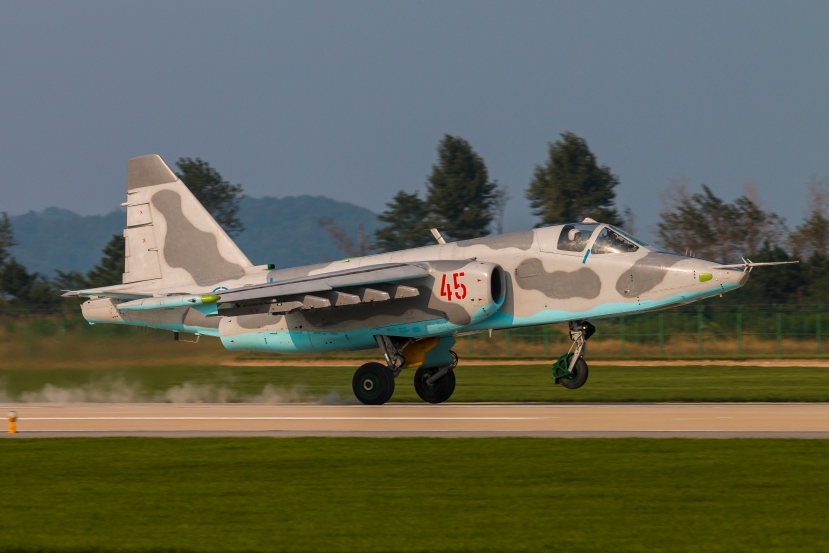 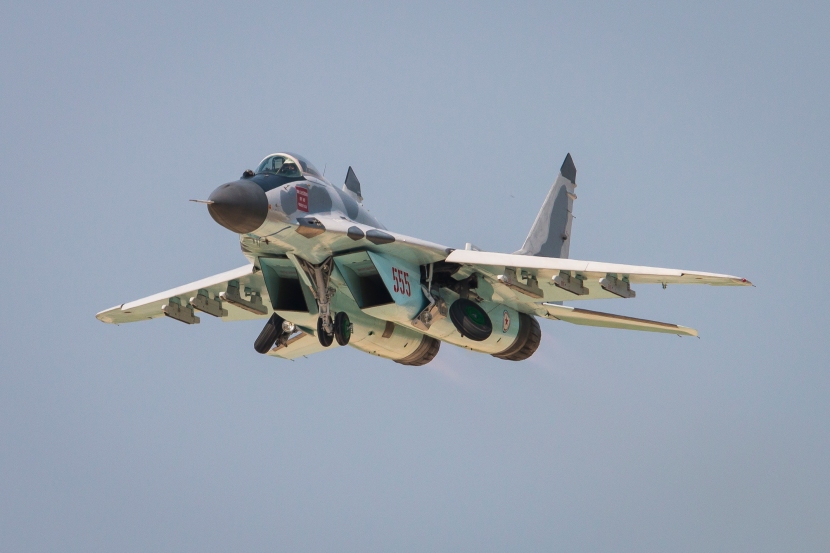 If you enjoy this, please donate using the buttons above and below. We need donations to continue. Please help us carry on the Hush-Kit blog. Many thanks.

Follow my vapour trail on Twitter: @Hush_kit
This blog can only carry on with donations, please hit the donation button and share what you can. Every donation helps us- thank you. Donations buttons can be spotted by the eagle-eyed on this page.