The Big Book of Flight

Is this for children or adults? Both I think, the tone is simple and informal without being patronising, and there is enough to interest even jaded old aviation readers. Nice that it features the word ‘shit’.

Best things about it? The love. Rowland clearly cares about his subject matter and this enthusiasm is infectious. The design is distinctly retro, with a nod towards illustrated children’s books from the 1950-60s. The first illustration, of a ‘birdman’ falling from a tower is very familiar, is it from an old Ladybird book?

The greatest thing however, is the unusual content, it is not a history of flight ‘by the numbers’ and this is a relief. (You know the kind of thing: Montgolfier brothers blah blah, Wright brothers blah blah, Bell X-1 blah blah). Mr. White has gone the extra mile with this, and this is rewarding for the reader. A diagram showing what aircraft are named after (animals, weather conditions etc) is a nice surprise, as are the references to planes in popular culture. All the A-listers (Spitfire, Concorde etc) are of course covered, but what is more pleasing is that the author has made room for sexy exotica, which includes ekranoplans, the Martin-Baker MB5 and the splendid Tumencotrans Bella 1.

The book will inspire a lifelong interest in planes for many younger readers, which Rowland is clearly aware of; what he has cleverly avoided is alienating more learned readers, and he has done this by combining a wealth of little-known stories, with unexpected diagrams and lists. The tone is often conversational and humorous, and this splash of humanness is a rare and valuable commodity in aircraft books.

Worst things: I have nothing negative to say about this book. The page on the helicopters of Princes William (referred to as ‘Wills’) and Harry is sycophantic and flag-waving, but in a way this fits in with the feeling of post-war nostalgia that this book exudes. Writing a foreword for an aircraft book is fraught with dangers and Mr. White falls into the trap of talking about man being inspired by birds, which will be charming to younger readers, but a trifle trite to others.  The personal account of being moved by falconry is sweet, but does have mild shades of Alan Partridge!

Conclusion: It is an ideal Christmas gift, buy it for a child and by the time the Queen’s speech is on it will have been pilfered by a tipsy dad.

Rowland White has a deep understanding of what makes a British aviation enthusiast tick, and this book lives in a part of the psyche whichever is forever Airfix. 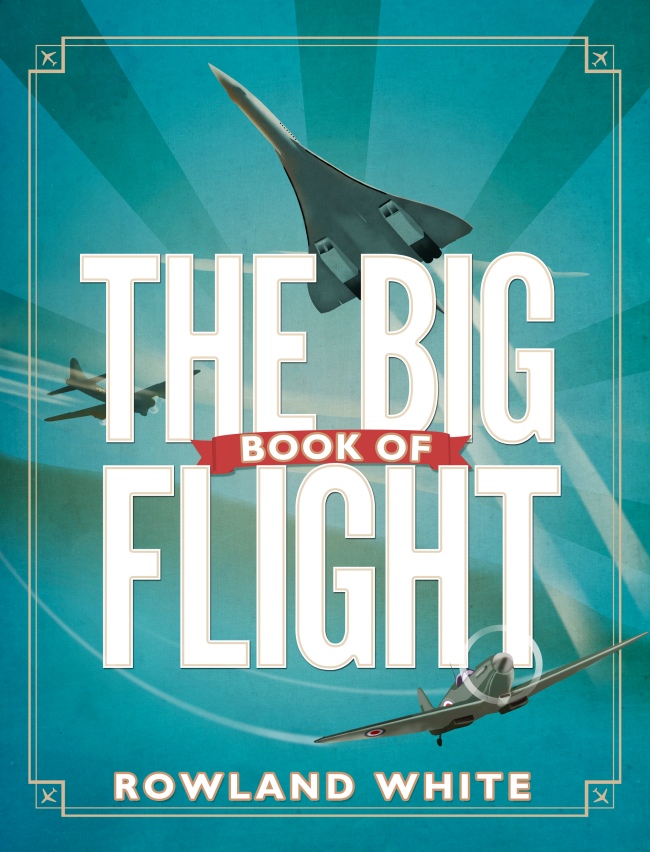