Lately there has been quite a bit of discussion about the first person to achieve heavier-than-air flight. Gustave Whitehead has entered in the headlines again refuting the broad conception that the Wright brothers were first in flight.  While the historians are debating the issue, we’re going to throw a wrench into the conversation. Have you heard of Alberto Santos-Dumont? If not, he’s another aviation pioneer who has also been credited for being first in flight.

Santos-Dumont was born in Cabangu, Minas, Brazil on July 20, 1873.  From a young age, science and technology fascinated him, especially flight.  At the age of nineteen, Santos-Dumont traveled to Paris to study mechanics and engineering to help further his research into flight.  He first started with hot air balloons before transitioning to the design of steerable balloons, or dirigibles.  In 1901, he flew from Parc Saint Cloud to the Eiffel Tower and back in less than thirty minutes with a round-trip distance of 6.8 miles (11 km) and thus winning the Deutsch de la Meurthe and 125,000 francs, which he donated to the poor people of Paris and his employees. 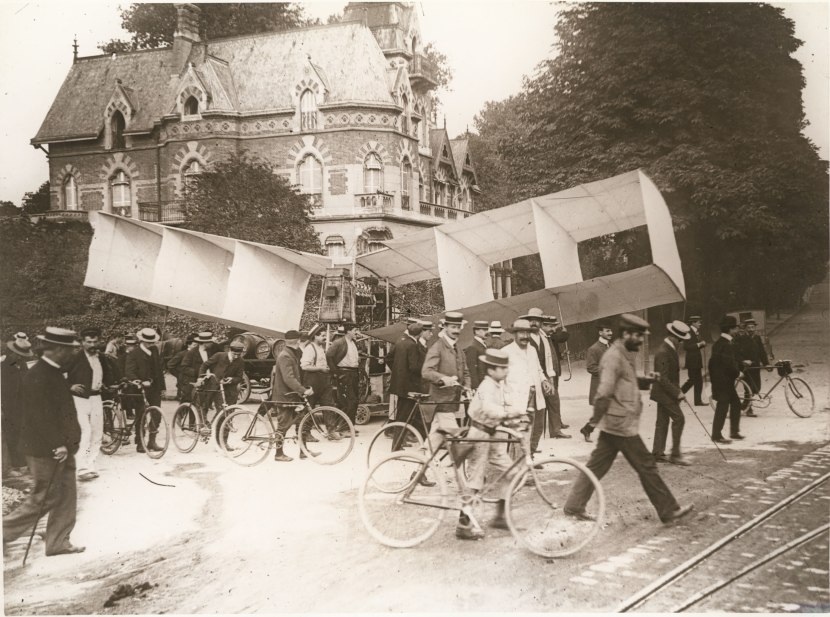 The XVI-bis flight has sparked some controversy.  The Wright brothers used a launching rail for their 1903 flight as well as a launch catapult for their 1904 and 1905 aircraft.  Meanwhile, the XIV-bis had a wheeled undercarriage and thus did not require any assistance in lifting in the air.  According to the Fédération Aéronautique Internationale, which was founded in France in 1905 for the purpose of verifying aviation records, the rules specified that an aircraft should be able to take off under its own power to qualify for any type of record.  Under these terms, supporters of Santos-Dumont maintain that the XIV-bis was the first successful fixed-wing aircraft.  We’ll leave you to decide which pioneer was actually first in flight. 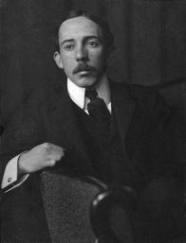 The topic of Santos-Dumont brings up another interesting topic in aviation.  Many are unaware of the idea that Santos-Dumont was gay.  The history of homosexuality and aviation is not widely researched or for that matter acknowledged, yet there is a rich history involving this quiet group in the field starting with one of the first pioneers.  The aviation community is starting to focus on this group of individuals starting with the National Gay Pilots Association (NGPA).  Formed twenty years ago, the NGPA’s mission is to encourage gays and lesbians to enter into the field of aviation through education, outreach programmes and social events.  According to NGPA Executive Director, Steven Moore, “Milestones have been made” in the aviation industry; however, “we still have a long way to go before equality is achieved.”  Unfortunately this rings true as gays and lesbians still fight for social equality.  NGPA President, Steve Walker, commented in a 2011 GA News article on the pilot shortage, “So networking is key.  You don’t have to be gay to be part of the organisation, but you need to be supportive of the lesbian and gay community.”  The NGPA provides an avenue for forming alliances with businesses and airlines within the aviation community while maintaining a comfortable environment for gays and lesbians to reach out for support.

Unfortunately not everyone supports the NGPA and their cause.  Critics voice their opinions while others make it difficult for them to partake in aviation-related events. One such incident occurred when the NGPA hosted a booth at a major aviation event.  The NGPA had attended for several years as members but it was not until 2010 that things really started to turn south. The event lasted a week and the NGPA found their presence created mixed reviews. Some were happy to see the NGPA and expressed their support; yet others who were less than enthusiastic about the idea also made sure to let the booth staff know their opinion.  When it came time to renew for the next year’s event, the organiser of the event told NGPA that there were many complaints about their presence and that they wanted to be sure that the NGPA understood that it was an air show and not a sex show and that “any sort of inappropriate touching would not be tolerated.”  Of course this infuriated the individuals at NGPA. They were attending the show for promoting civil rights not to promote sex. The NGPA have since decided to exclude themselves from this negativity and find other avenues to promote their cause. 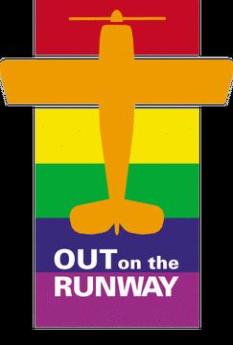 Regardless of your views as a reader, it is important to note that we are all here to pursue our dream in aviation.  It is no different than when the Tuskegee Airmen or the Women Airforce Service Pilots pushed to break the barriers that had barred them from flying. Please remember that aviation is a progressive field and we are here to help it grow. History has shown that anyone who puts their mind to it can succeed in aviation, regardless of their race, gender or sexual preference.