Writing fiction about aircraft, and more specifically the experience of flying involves overcoming intrinsic challenges.  A fundamental one is that the technical aspects of describing machinery and the use of technical terms risks alienating any reader who is not an aviation enthusiast.  Another is the difficulty in expressing the emotional response of the aviator to the experience of flight.

Creative writing about flying tends to work best in the context of semi-autobiographical texts such as Antoine de St Exupery’s 1931 novel ‘Night Flight’ which reflected the author’s own experiences as a mail pilot. Long flights carried out for the company he was a director of, the ‘Aeroposta Argentine’ provided him with the inspiration to philosophise on the individual experience of the aviator, in Nightflight for example he expresses the lone pilot’s isolation:

“A single radio post still heard him. The only link between him and the world was a wave of music, a minor modulation.  Not a lament, no cry, yet purest of sounds that ever spoke despair.”

Few write as well as St Exupery and the difficulties of writing about flight arguably explain a comparative lack of great ‘flying’ novels.  A good novel about flying requires enough technical detail to make it convincing but needs to be able to describe the nature of the sky and of an experience few readers will experience. This is compounded when the flight described is that of a fighter pilot and the exhilaration of flight is heightened by the adrenaline of battle.

Jed Mercurio’s novel ‘Ascent’ is ostensibly the fictional tale of Russian fighter ace Yefgenii Yeremin who during the Korean war becomes the feared ‘Ivan the Terrible’. Yeremin is a fighter pilot of the Cold War. He flies MiG-15’s covertly for the VVS. The pilots are not supposed to be there, they are given Korean phrase books to memorise so that their enemies remain unaware of their nationality and they are expected to fall on their swords if they suffer damage. In effect they are phantoms. The psychological and social effect of this situation on the Russian crew and their operations is one of the interesting aspects of the novel. They cannot become heroes or die heroes in the tradition of their Second World War predecessors and this leads to questions of motivation; Glory, duty, excitement or simply a love of flying?

The depictions of engagement with the enemy are fast and thrilling but more complex than a simple fight as in-fighting between Russian pilots, questions about why they are there and of loyalty and betrayal arise.  Yeremin’s ascent to superstar flying ace is accompanied by arrogance but he does not suffer an Icarus like fall from grace, but a quiet, political eradication. The differences between the cold war and that of the previous ‘heroic’ war are underlined. 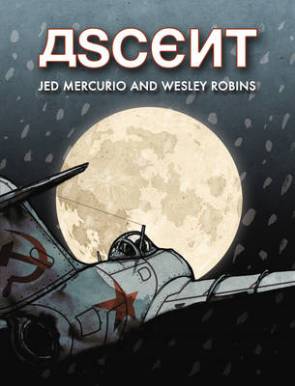 When the book was published in 2007 some reviewers felt alienated by the cold distant nature of the protagonist. This misses the point, for Yeremin passion and life exist in the skies and in his jetfighter.   There he is a ruthless predator in possession of his own destiny and in the sky is able to overcome the politics, betrayal and petty jealousy that he is unable to combat on the ground. When unable to fly, grounded by rain or political exile his hours are characterised by ennui and depression.

This emotional response to the act of flying is countered by Mercurio’s emphasis on the physicality of controlling a fighter jet, the author is both a Doctor and a pilot and repeatedly describes the protagonist being thrown about in his plane and suffering:

‘His shoulders stung. The harness straps had lifted the scabs on his shoulders. He felt blood leaking from his wounds.’ 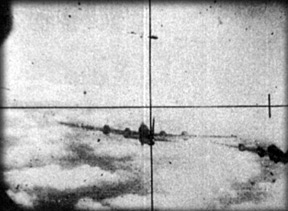 For pilots in the jet age flying is not only the act of mastering a machine and the elements but also of mastering themselves, handling g force, broken blood vessel and nausea.  It was the physical mastery of suffering that took the USSR and US fighter pilots into space exploration and Mercurio’s Russian’s ability to absorb suffering is as much a factor as his good eyesight in propelling him, in the final stages of the book into the cold war space race.  The book is also visually expressive, Yeremin flies through a sky of vapour streams and light and the depictions of dog fights are thrilling. The air shimmers.  The pictoral element of his writing is further explored in the 2011 graphic novel version of the book illustrated by Wesley Robins.

I started this review by referring to St Exupery. ‘Ascent’ is a different kind of book but it shares, behind the descriptions of dogfights, soviet duplicity and personal ambition some of the same philosophical elements. What drives Yeremin is a hopeless kind of romanticism. His need to strive, his obsession with pushing himself higher into the canopy and beyond into space is ultimately, like most such endeavours; doomed. This is condensed in an elegiac and almost zen like ending which leaves you realising you have read something more than a thrilling adventure story.

Hush-Kit is reminding the world of the beauty of flight.