It’s hard to know which is creepier, using sexual words to describe war, or the reverse. The military, and the United States Air Force in particular, loves talking about ‘penetration’. The USAF has even started to study the concept of a ‘Penetrating Counter-Air’ (PCA) fighter to escort stealth B-21 bombers deep into enemy held territory. This is a job the F-35A was never designed for and cannot accomplish.

The problems with the F-35 will be fixed. The hardware issues will each be dealt with in turn and even the intractable software bugs will be corrected.  All of this will take a lot longer and cost a lot more than it should have, but it will be done. There simply isn’t a credible plan-B.

The fixed F-35 will then be adequate for its assigned mission, but even this multirole aircraft doesn’t meet the requirements for every role the USAF needs from their tactical aviation. Air defences are already being upgraded with advanced UHF radars that defeat stealth by detecting the tail fins on the F-22 and F-35A. The longer wavelengths of these radars can detect these features by their size, undoing the advantages of shaping and materials that let the F-22 and F-35A evade the shorter wavelength radars that other fighter jets carry. The F-35A simply isn’t shaped correctly for longer wavelength stealth. 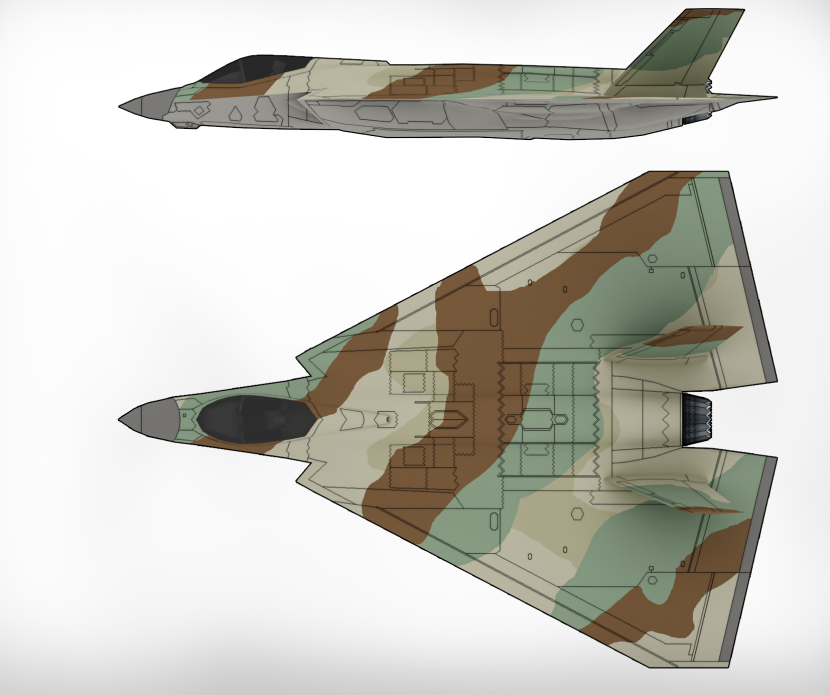 The F-35A’s stubby shape and small size also prevent it from carrying internally enough fuel to accomplish deep penetration. To actually reach the target the F-35A (or F-22) would need to carry non-stealthy external fuel tanks or be accompanied by a non-stealthy aerial tanker.

While the B-21 could carry a large number of air-to-air missiles (displacing some of its bombload), its flying wing configuration prevents it from operating in supersonic flight. Combined with the limited agility of a bomber sized aircraft the B-21 will be unable to control the engagement and so will be mobbed and shot down by cannon fire if nothing else. The bomber needs an escort that can sneak in deep, engage and break off.

Is the only choice to start yet another decades long development process for a clean sheet fighter that will be extremely expensive because it will be bought in small quantities for a niche mission?

The F-35 already exists in three different variants that share many parts and most importantly the same software, so why not just create a fourth variant?

This F-35D will need extended range and supercruise. Get this with a tailless delta wing and two F135 engines in place of the F-35A’s single F135 engine. The overall shape of the aircraft is a large pointed triangle with no extra bits hanging off the sides or rear for longer wavelength radars to home in on.

The extra thrust, reduced drag and larger internal fuel tanks then give extended range supercruise, allowing the F-35D to keep its distance from threats, engage and withdraw at will. But it still needs fighter levels of agility.

Some of the F-22’s agility comes from the 2D thrust vectoring of its twin engines. The two dimensions of control come from directing the thrust of both engines up or down together to control pitch and directing the thrust in different directions to control roll. But for yaw control the F-22 must depend on its airfoils, especially those UHF-stealth ruining tails.

As a tailless delta the F-35D must have 3D thrust vectoring to provide agility. The Russian T-50 gets 3D thrust vectoring by directing the thrust of its twin engines side to side in addition to up and down, but the exposed engines on the T-50 are very non-stealthy.

Given all these structural changes (not even mentioning the obvious such as two seats and expanded weapons bays), why call this “F-35D” a F-35? Because all the system components, seats, engines, radar, sensors, CPUs, etc. are all standard F-35 parts interchangeable with any F-35A. No other aircraft can be developed for the PCA role as quickly and cheaply as simply adapting the F-35A design while the F-35A remains in production.