Bill Sweetman, an aviation reporter renowned for his good sense recently noted that the latest, hideously over-priced generation of fighters typified by the F-35, mean that modern air forces will have to face up to the fact that they won’t be able to do all that they could twenty years ago.

As air forces prepare for the worst and order fighters for World War 3 in numbers too small to win World War I, many are beginning to question the sense of aircraft that cost more than $150 million to buy.

The marketeers of military aircraft love to re-enforce the notion of an unpredictable world that requires the purchase of super hi-tech aircraft. But maybe it’s time to look at what is sensible. The world has always been unpredictable; the post-‘Cold War’ is no more unpredictable than the 1950s, despite claims to the contrary. Considering that the most popular prediction of the Cold War was all out war between the super-powers, the post Cold War, is if anything, more predictable. The oft-cited example of the Falklands War as an example of unpredictably bolstering large military procurements is disingenuous.

These equations also imagine a passive relationship between military capability and foreign policy. They ignore how a nation’s military equipment informs its foreign policy: the US, with its fantastically capable military is more likely to invade a medium-sized nation than is the Principality of Sealand. If Sealand bought 1800 ‘Flanker’s it may be a little more feisty.

With this in mind, what can air arms actually afford? 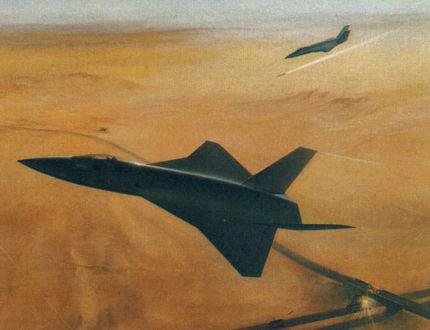 One of the projects that led directly to the F-35 was the Common Affordable Lightweight Fighter. Though ‘affordable’ is a blatantly meaningless term, this is a good illustration of how the development time of modern fighters makes a mockery of the idea of a ‘low-cost’ fighter. The typical time from conception to operational service is today about 20 years. Maintaining ‘affordability’ over such a long time is probably impossible.

This gives more frugal air arms three options. The first is to upgrade existing airframes. The advantages of this are that if handled well it is relatively easy and cheap. A 1970s-designed airframe is likely to have similar performance to a modern fighter in many respects (top speed, range, low-speed agility, weapons-compatibility), where an old airframe fails is in the fields of safety, maintainability and, if you’re so inclined, stealth. Many air forces are getting excellent service out of vintage designs like the F-16 and ‘Flanker’ series.

The second option is to buy a light fighter. Saab’s Gripen is currently the world’s best light fighter. Other aircraft in its category include the endlessly postponed Tejas from India and the Chinese/Pakistani JF-17. It is easy to criticise the Tejas, an aircraft inferior to Gripen in almost every respect until its origin is looked at. India’s last indigenous fighter was designed by Kurt Tank! The Tejas is an incredible achievement, and a big stepping stone for India’s technological progress. It would be a brave observer that would guess Sweden will retain its technological lead over India in aviation in 2040.

The third option for the tighter-pursed air arms is to look for fighters with a few miles on the clock. Second-hand Typhoons are an appealing option, certainly in terms of ‘bangs for your bucks’, but many looking at this option are wondering how cheap supporting such a fleet, in terms of parts and maintenance would be. ‘Vertical’ cuts in the USAF inventory would see entire fleets of particular types retired. Hints of which types are most vulnerable to these slashing cuts have mentioned that single-purpose aircraft are in the cross-hairs. In terms of fast jets this could mean the killing of the F-15C. Considering USAF’s lack of Air Superiority fighters, thanks to the great price of the F-22, this seems unlikely. If it did happen it would push around 200 F-15C/D airframes onto the market at bargain-basement prices. They would need comprehensive refurbishment in some cases though, so the cost advantage over ‘Flanker’s would come into question.

So what is the best way?

The JF-17 is hardly the most capable fighter in the world, but it may point the way forward. Compared to other fighters in production, it is cheap. Its performance is fine. A ‘silent’ JF-17 is the kind of fighter that air forces want. The first nation to produce an affordable, exportable fighter of this kind could be in a very strong position. The closest aircraft to meeting this need could be the J-10B or perhaps the J-31, if it’s price is kept in check. With rumours of a smaller aircraft based on the aerodynamic configuration of PAK FA, perhaps MiG RAC ( a weak and endangered company) could produce the aircraft air arms actually need.

In keeping a future fighter aircraft cheap and capable, there are lessons to be learned. The first is to avoid multi-national collaboration, which though it may decrease the chance of cancellation invariably increases the project costs by an enormous factor. The second is to cut development time; 20 years is too long. The third, and perhaps hardest lesson is to be realistic.

Sadly, none of these lessons will be taken onboard for the next generation of Western combat aircraft. Europe moves slowly and vaguely towards collaborative unmanned stealth aircraft and has given up on fighters and the US is fatalistically looking at the capability hole that the F-35 will bring. 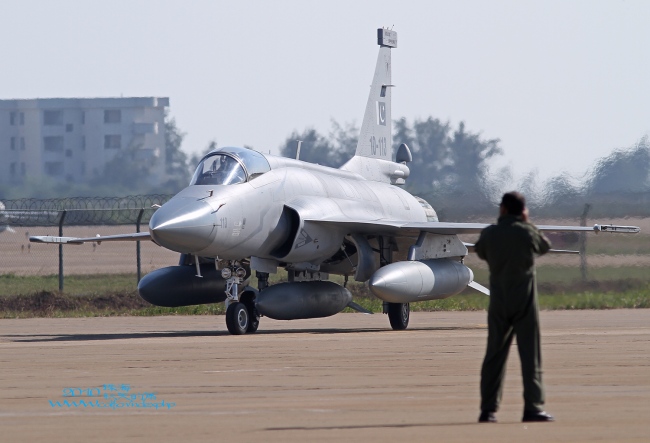